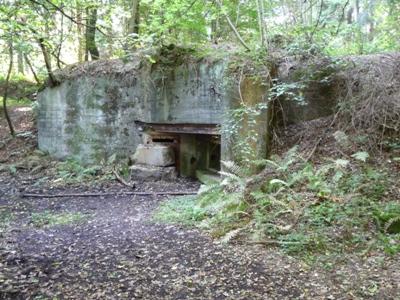 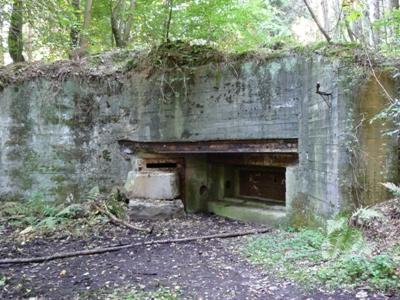 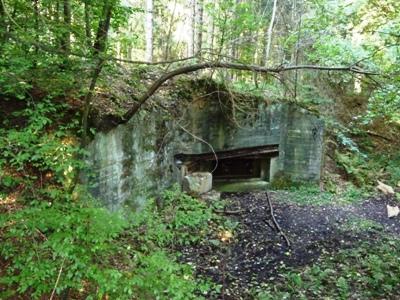 This bunker was part of the Westwall and was built in 1939. It was of type Regelbautyp SK/6a No. 153 and was 10.7 by 12 metres tall. The walls are 2 metres thick and the bunker had an armoured dome with an MG 08. The crew consisted of nine soldiers.

On 13 and 14 September 1944 there was fighting around the bunker and the Germans withdrew. After that the Americans used the bunker for a while.

The bunker is the only existing one of this type. It is now a refuge for bats and is not accessible.