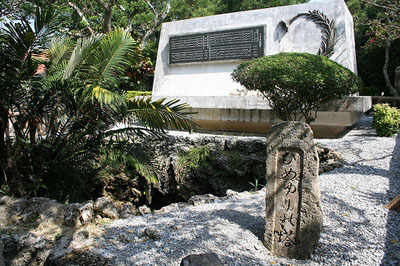 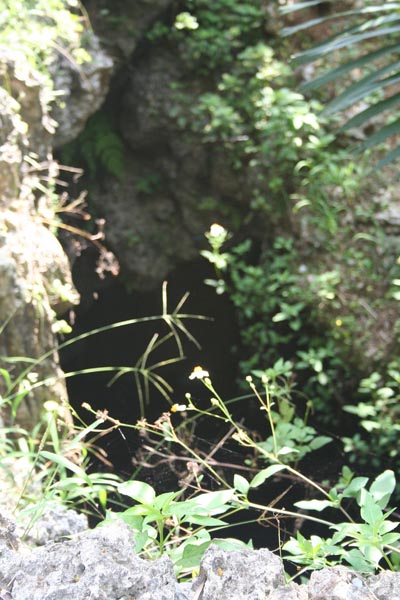 On March 24, 1945, a group of 194 schoolgirls and 17 teachers from Haebaru were assigned by the Imperial Japanese Army to do nursing, dig trenches and bring water to the front. On 18 June 1945, the group was disbanded in the middle of the fighting. The chaos which occured thereafter was horrible. Many schoolgirls were shot while fleeying and others committed suicide to avoid being captured. 45 scholars hid in the Himeyuri-no-To cave, but a grenade thrown in there by US marines killed 40 of them instantly. Only 5 scholars survived this incident.

Today a memorial stands at this cave commemorating the schoolgirls and teachers who were killed during the Battle of Okinawa (1.4.1945 - 23.6.1945).