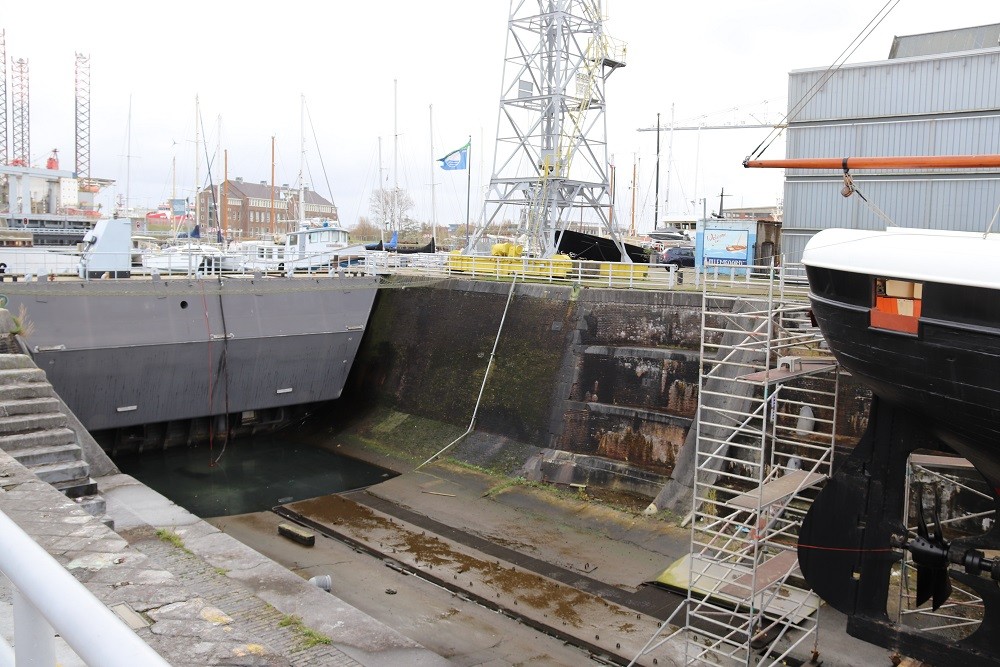 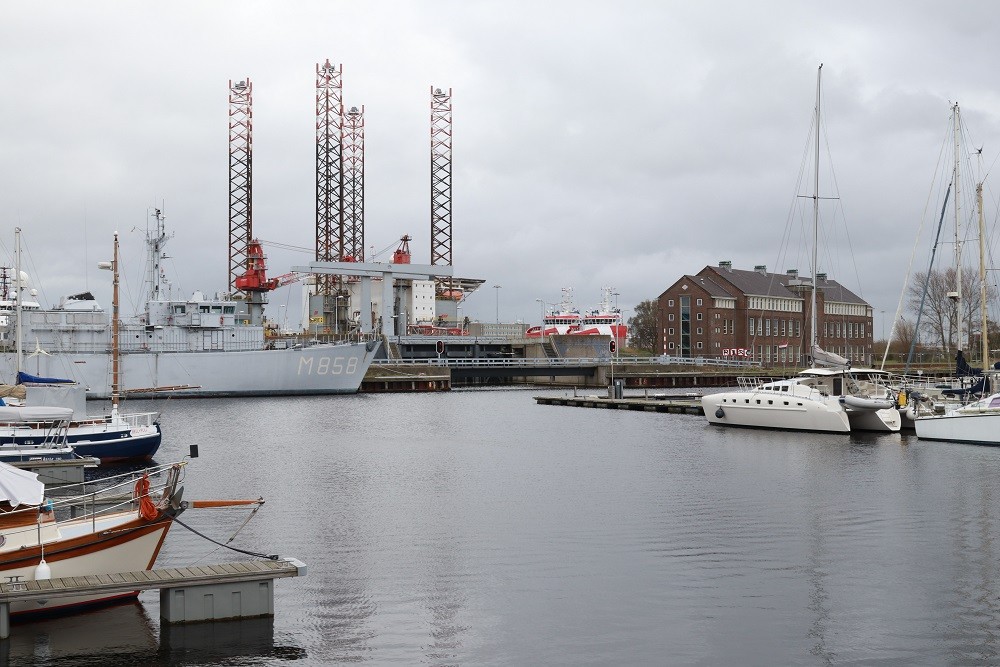 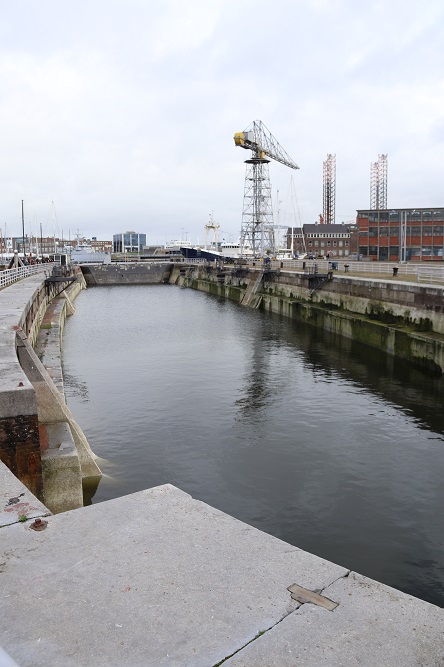 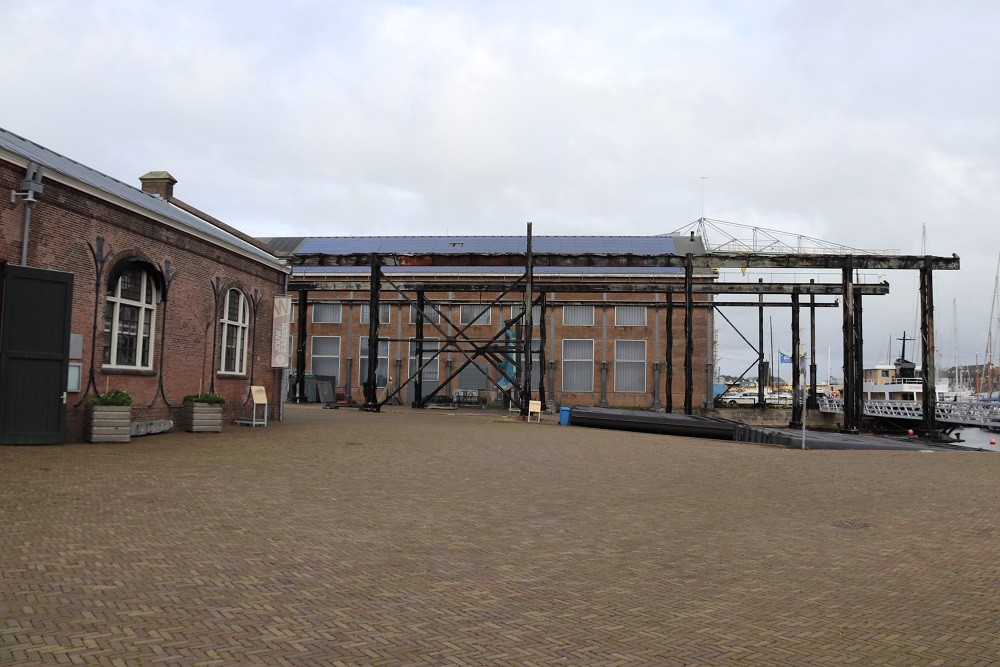 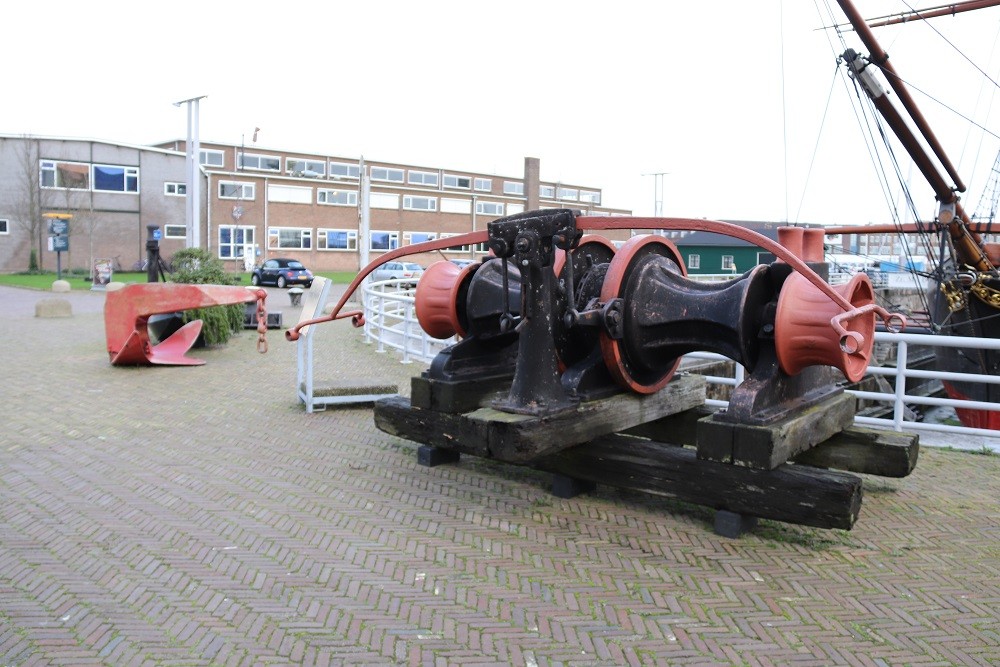 In 1940, World War II broke out in the Netherlands and the Navy Yard was occupied by the Germans.
The Germans the war harbor were naturally good use at the time. The shipyard workers were forced to continue working for them. In an effort to expel the Germans the yard was frequently bombed by the British more than 100 times, here were many casualties and many buildings on the site and in the rest of Den Helder were destroyed or heavily damaged.
The German soldiers had already shelters built on the site of Willemsoord where they could take refuge during the attacks, some of these bunkers are still there.