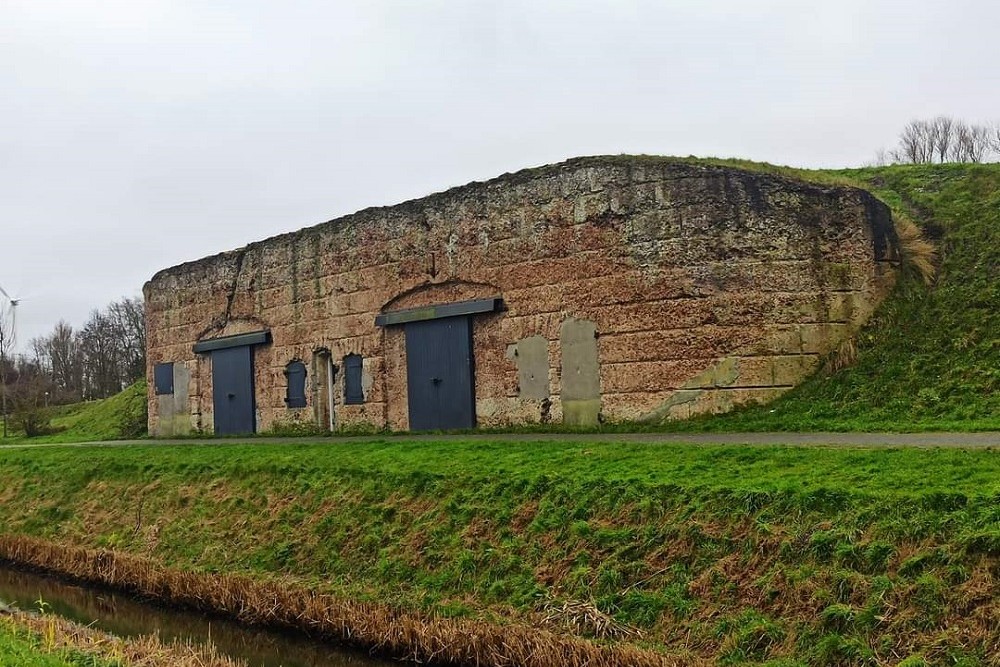 A line has been built between the forts in the Stelling Den Helder. The goal is of course to stop the enemy, but also to be able to get from one fort to another unseen. Given the length between the forts, it was decided around 1900 that it was necessary to install extra defense in various intermediate places, in the form of gun emplacements. These gun emplacements are intended for cannons on affuiten (wooden base on wheels). In peacetime, these cannons are stored in so-called depots. In such a depot, not only the guns can be stored, but also the associated ammunition and crew of the guns. In total, three depots have been built in the line. In one of these draws, sculptures are exhibited under the name "Beeldenfort".

In the Second World War, the Defence Line Den Helder was part of the Atlantic Wall.