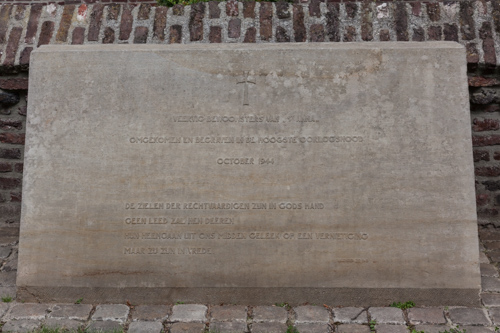 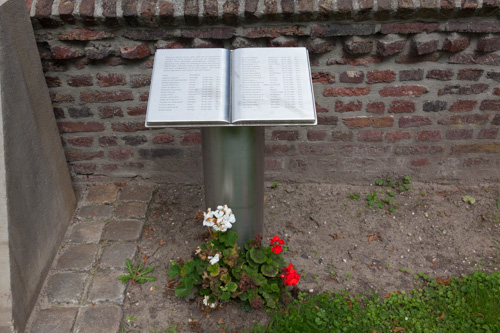 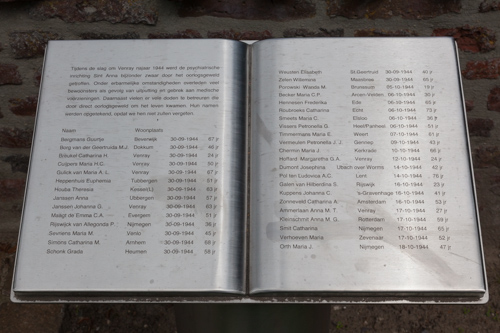 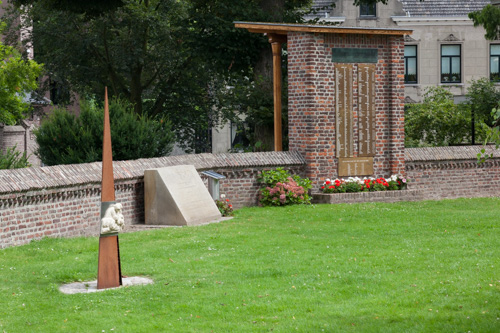 The texts on the memorial are:

Mental Hospital Sint Anna was badly hit during the Battle of Venray in the autumn of 1944. Many residents died in miserable circumstances due to fatigue or lack of medical facilities. There were also many people killed by the war violence itself. Their names were inscribed, lest we forget.

On this memorial are the names of 36 victims of war.