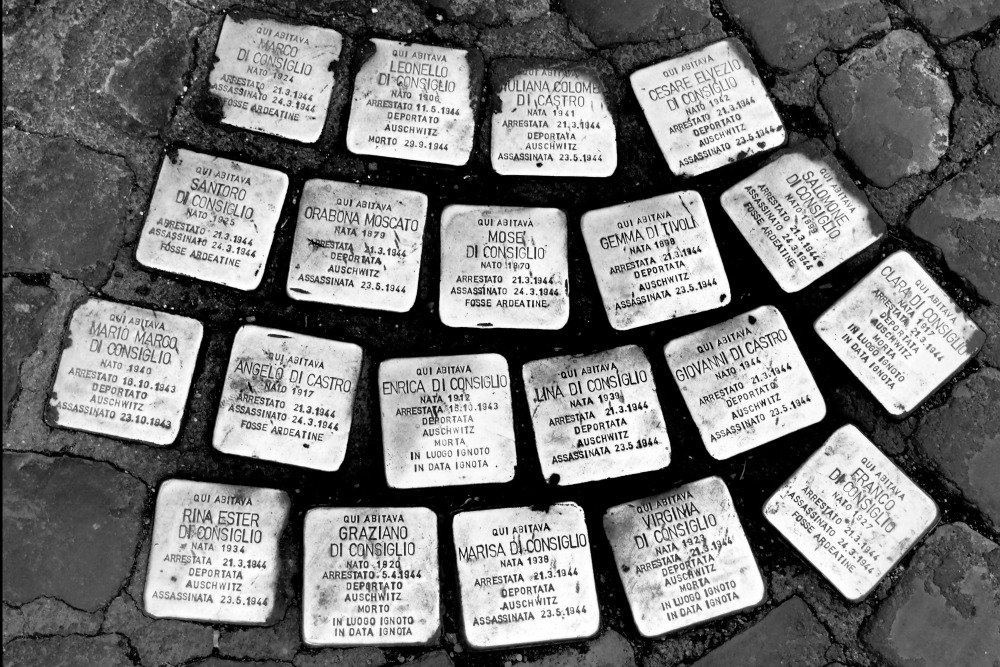 The stumbling stones (pietre dinciampo) here are for 20 members of the extended family of Mosè Di Consiglio. The people remembered here are:

Another son of Mosè and Orabona -- Cesare Di Consiglio -- was also killed at Fosse Ardeatine 24mar1944. His wife Celeste Vivanti and their 3 children under 7 years old had been rounded up on 16 October 1943 and murdered at Auschwitz on 23 October 1943. Pietre dinciampo for the five are at Via Amerigo Vespucci 41.

Finally, another daughter, Ester, married Cesare Spizzichino and they had 3 children, including Giulia Spizzichino. Giulia not only survived the war but also was active decades later in the extradition of the Nazi Erich Priebke from Argentina to Italy and in his prosecution, including testifying against him in the trial for his role in the Fosse Ardeatine massacre.

In the center of the Piazza Santa Maria Liberatrice in Testaccio, Rome, a garden is named in honor of the Di Consiglio family.