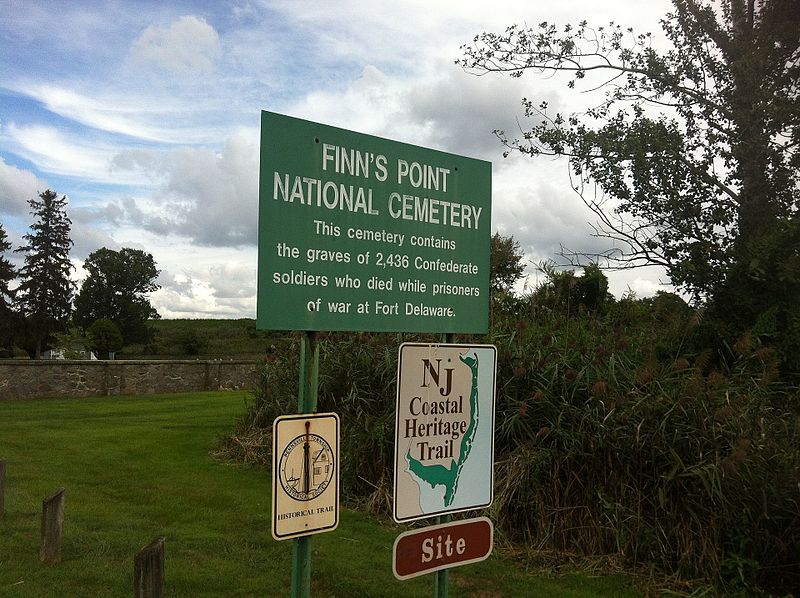 The National Cemeteries in the U.S.A. are used for graves of war dead, graves of U.S. military personnel, veterans and their spouses but not exclusively so. There are also special state veteran cemeteries.

Finn's Point National Cemetery was opened in 1863 for 2,436 Confederate prisoners of war who died while in captivity at Fort Delaware. One hundred and thirty five Union soldiers who died while serving as guards at the prison camp are also buried here.
In 2009, there were in total 3,033 graves on this cemetery, including 13 of German prisoners of World War II who died while in custody at nearby Fort Dix.