The Krim Shield was instituted on 25-07-1942, to award the German and Rumanian forces who had taken part in the long and heavy battles to conquer the Crimean Peninsula between 21-09-1941 and 04-07-1942.
Formally there were two versions, the standard version (Stiftungs ausführing) and the golden version. The golden version was only two times awarded, to the Commanding Officers Antonescu and von Manstein. 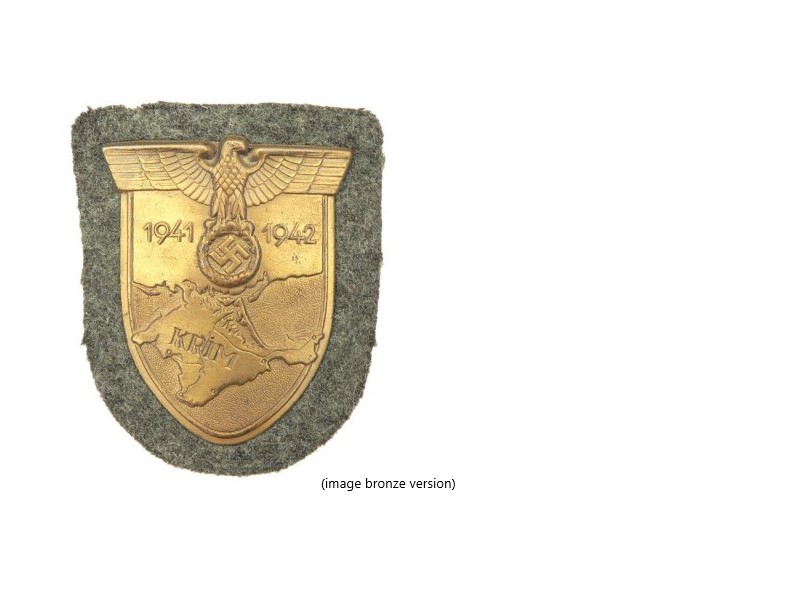 Krimschild in GoldKrim Shield in Gold
In the database: 2
Issued:2