Awarded for particularly distinguishing himself during the penetration of both the Serbian positions near Stracin and the English pass position at Klidi. In this time he managed to turn the flank of the defending Allied forces and thereby compel them to conduct a swift retreat. 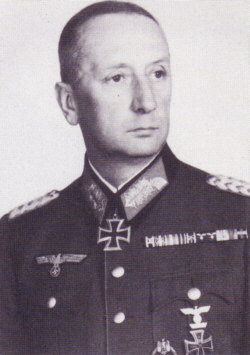