The Distinguished Unit Citation was established by Executive Order No. 9075, on 26 February 26th 1942. This order made it possible for the Secretary of War to issue citations in the name of the President of the United States to units of US Armed Forces and their Allies for heroism in action against an armed enemy from December 7th 1941 onwards. The unit must display such gallantry, determination, and esprit de corps in accomplishing its mission under extremely difficult and hazardous conditions as to set it apart and above other units participating in the same campaign. This act should be equal to that of an individual who could obtain the Distinguished Service Cross for it.
The design was approved on May 30th 1942. The ribbon was to be worn by all members of the cited unit and may be considered an individual decoration, only for those members who took part in the cited action. Others may only wear the decoration when serving in the cited unit. The ribbon is an ultramarine blue ribbon in a golden frame of laurel leaves. The unit flag receives a streamer in the colours of the decoration.
The decoration was renamed to the Presidential Unit Citation on November 3rd 1966 and can still be obtained for actions in the past. 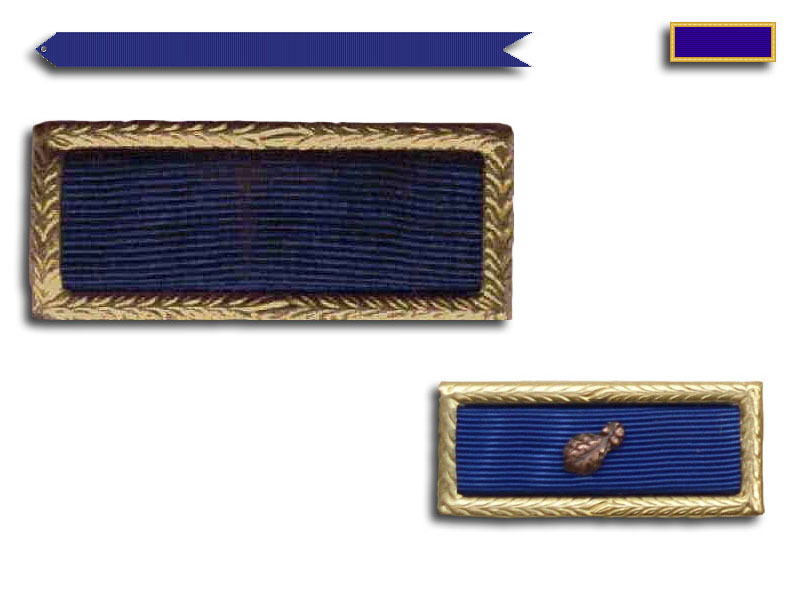