George Watson lived in Birmingham, Alabama. He was educated at Colorado A&M (now Colorado State University), graduating in 1942.
September 1st, 1942 he joined the military and ended up in 2nd Battalion, 29th Quartermaster Regiment. March 8th, 1943 he was a passenger on board the Dutch vessel ss USAT sJacob, on its way to Porlock Harbor, New Guinea, when she was struck by Japanese bombers. After abandon ship was ordered, Watson assisted people to the life boats who were unable to swims. Exhausted by his efforts, he was sucked down by the sinking vessel. His body has never been found.

Citation:
"For extraordinary heroism in action on 8 March 1943. Private Watson was on board a ship which was attacked and hit by enemy bombers. When the ship was abandoned, Private Watson, instead of seeking to save himself, remained in the water assisting several soldiers who could not swim to reach the safety of the raft. This heroic action, which subsequently cost him his life, resulted in the saving of several of his comrades. Weakened by his exertions, he was dragged down by the suction of the sinking ship and was drowned. Private Watson's extraordinarily valorous actions, daring leadership, and self-sacrificing devotion to his fellow-man exemplify the finest traditions of military service."
Awarded posthumously.
At first Watson was awarded the Distinguished Service Cross for this action as the first African-American during the Second World War. This was upgraded to the Medal of Honor in 1997.

Initially Watson was awarded the Distinguished Service Cross as the first African-American during the Second World War. This was upgraded to the Medal of Honor in 1997. 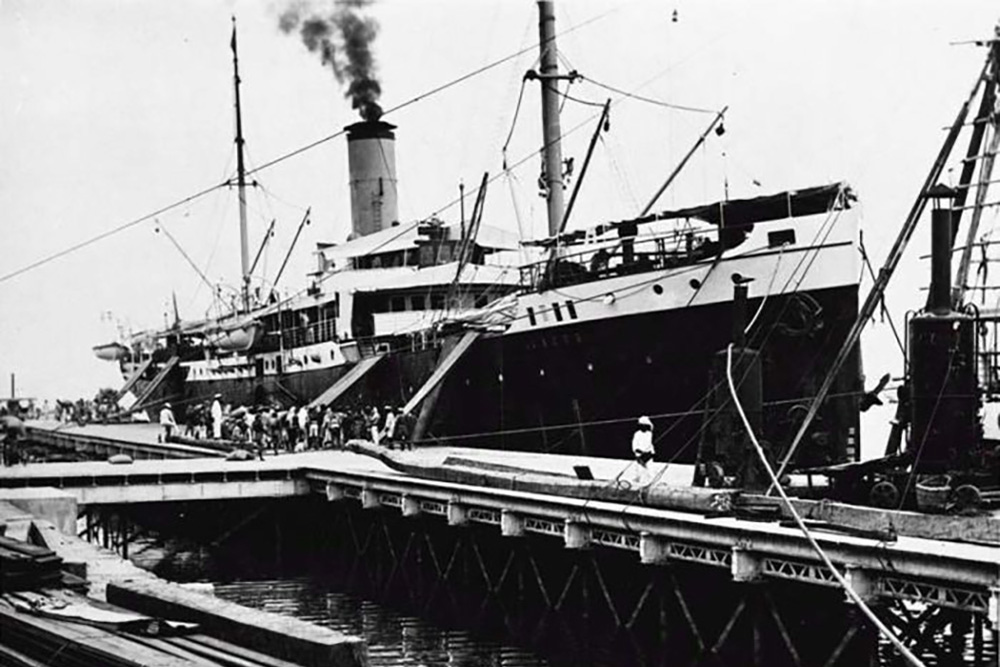