Frank was born on April 28 April 1921 in Prince Albert Sask. as the son of Herbert Frank and Winnifred Annie Cherry, of Victoria, British Columbia. His parents were married in July 1918 in Southend-on-Sea in England. His three brothers Robert Frank, Gerald Ernest, Grant Herbert Cherry were already overseas too in the Canadian Army and the fourth one Kenneth Donald Cherry was at home for his training too of the Canadian Army. His two sisters were: Thelma Peggy and Phyllis Jane Cherry.

His profession was a mill-hand and religion the United Church. He enlisted in July 1940 in Penticton BC and went overseas tot the UK on September 2 1941 and was taken on strength to the 1 Bn Canadian Scottish Regiment of Victoria BC. And afterwards he was involved on June 6 1944 with the landing of this regiment at the beaches of Normandy. He was wounded on October 6 1944 and was promoted to Corporal on October 10 1944.

Frank was killed in action on April 10 1945 near a villa at the village of Schalkhaar during the battle of Deventer at the age of 23. From the direction of Averlo, the Germans opened an attack supported by at least one StuG. At that moment a German tank opened fire and when the grenade struck target, Frank was the only one that was killed. He was temporarily buried in the village of Oxe and reburied on December 17 1945 at the Canadian cemetery in Holten.
At his headstone: Five brothers in arms Four survive, Lifes work well done, Now comes rest 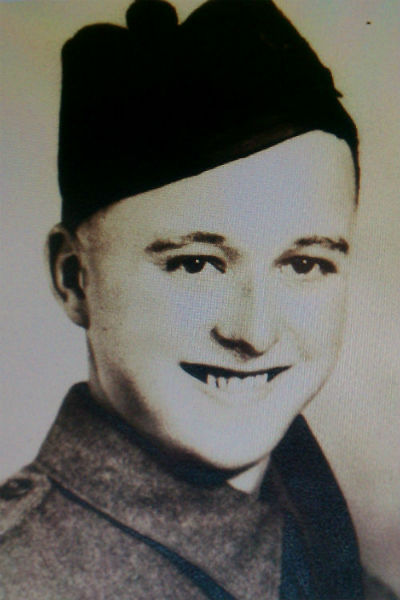 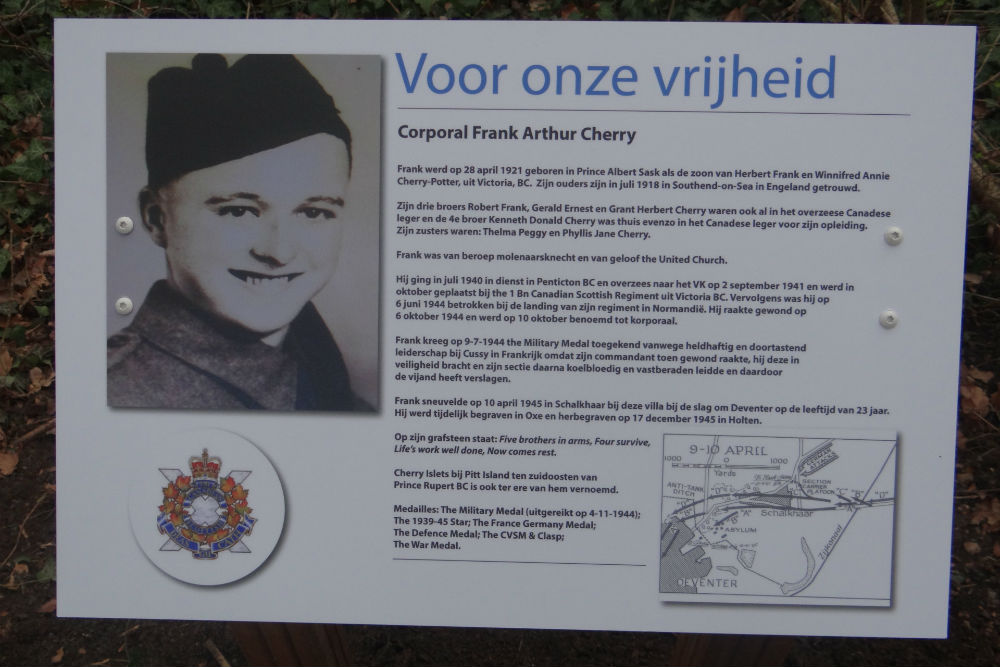