"For extraordinary heroism as Flight Commander, Squadron A, FIRST Marine Aviation Force, at the front in France. Captain Mulcahy not only participated successfully in numerous bombing raids into enemy territory, but on 2 October 1918, when troops had been cut off from supplies for two days by the enemy, and it was decided to feed them by aeroplane, Captain Mulcahy flew over the besieged troops at an altitude of one hundred feet and dropped food where these troops could get it. This performance was repeated four times, each time under intense fire from rifles, machine guns and artillery on the ground."

"For exceptionally meritorious and distinguished service to the Government of the United States in a duty of great responsibility as Commander of the United Nations Air Forces against enemy Japanese forces on Guadalcanal, Solomon Islands, from 29 December 1942 to 15 February 1943. During this period of continuous battling for control of the sea lanes to Guadalcanal, Brigadier General Mulcahy planned and directed the operations of the air units with such superb professional ability and unrelenting determination as to frustrate the enemy efforts to transport desperately needed troops and supplies to the island. Although constantly subjected to severe hostile bombing attacks, the forces under his skillful and fearless command were responsible for tremendous destruction of enemy surface vessels, aircraft and shore installations. The brilliant initiative and sound tactical judgment displayed by Brigadier General Mulcahy throughout the entire campaign contributed immeasurably to the continued successful occupation of Guadalcanal by our forces and were in keeping with the highest traditions of the United States Naval Service."

This award was obtained in the form of an Gold Star to be attached on the ribbon of the first award.

"For exceptionally meritorious conduct in the performance of outstanding services to the Government of the United States in the Pacific Theater of Operations during the period from 30 June through 8 August 1943."

"For exceptionally meritorious and distinguished service in a position of great responsibility to the Government of the United States as Commanding General, Tactical Air Force, TENTH Army from November 1944 to June 1945, after accurately estimating personnel and supply requirements, brought his command to a high level of combat efficiency. His unusual tactical attainments were reflected in the neutralization of enemy air attacks during the Ryukyus Campaign, in which he brilliantly directed the operations of the Army, Navy and Marine units making up his Air Force while providing close support to ground troops. Through his superior military knowledge, foresight and unwavering devotion to duty, General Mulcahy made contributions of inestimable value to the prosecution of the ware against the Japanese."

Lieutenant General Francis P. Mulcahy (then Colonel) was from 31 August 1941 until January 1942 serving as an observer with the British Western Desert Air Force in North Africa. 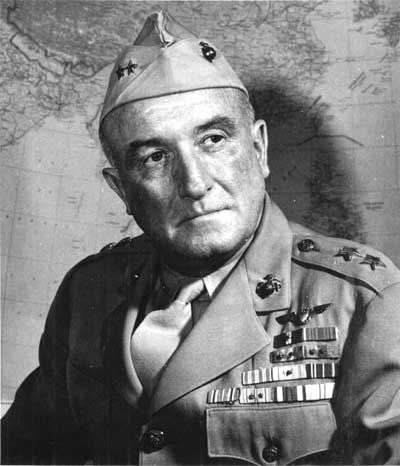