\Awarded for the following actions

1.) Breaking into and holding the main French position during the battle near Gembloux (15.05.1940).

2.) Distinguishing himself during the attack over the La Bassee canal near Bethune. Here he reached the La BasseeEstraires road, and by doing so he completed the separation of the British and French field armies between Lille and Armentieres (27.05.1940).

3.) The attack south of Peronne, which saw him occupy an important piece of high ground in a bold surprise attack (05.06.1940).

During the 04.-05.04.1944 Oberstleutnant Hoffmann commanded the main assault group during the breakthrough to relieve Kovel. After he had overcome the first two Soviet defensive lines, he and his Panzergrenadiers renewed their attack before dawn on the next day. After a tough battle he and his men succeeded in capturing the fortified village of Dubowa, capturing a large number of guns in the process. Later, at around midday, the group finally made contact with the defenders of Kovel. 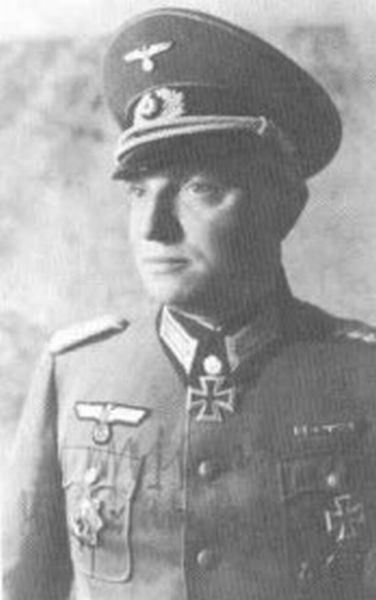