"One night in April, 1942, this officer was the captain of an aircraft which attacked Pilsen. During the return flight his aircraft was attacked by an enemy fighter and sustained damage; the hydraulics were shot away and the turret rendered unserviceable, while a fire broke out in the middle of the fuselage. Displaying great presence of mind, Pilot Officer Lamason coolly directed his crew in the emergency and, while 2 of them dealt with the fire, he skilfully outmanoeuvred his attacker and finally shook him off. By his fine airmanship and great devotion to duty, Pilot Officer Lamason was undoubtedly responsible for the safe return of the aircraft and its crew. This officer has completed 21 sorties and he has at all times displayed courage and ability."

For "courage and devotion to duty of a higher order" and "determination" in attacks on Berlin and other heavily defended targets.

Second DFC received as bar on the ribbon of the first medal. 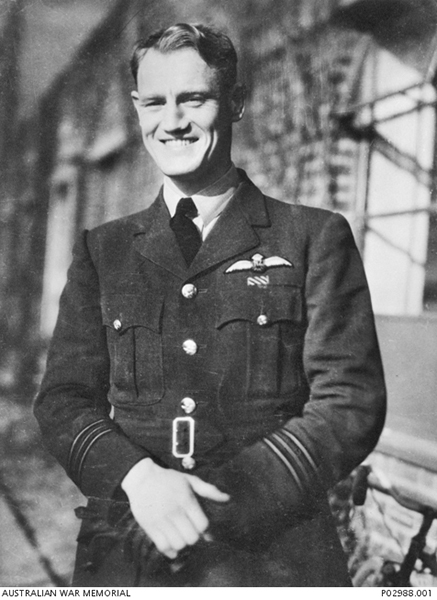