Percival Eric Gratwick was born on 19th October 1902 in Katanning, Western Australia as the fifth son to Ernest Albert Gratwick and Eva Mary Gratwick-Pether. He attended schools in Katanning, Boulder and Perth, but left school when he was 16 years. Until 1922 he worked as a messenger at Parliament House. After moving to Pilbara he learned to be drover and blacksmith. After droving at Indee station and later Yandayarra station he build his own droving plant. After his stock was ruined by draght in 1931 het started prospecting. Later he did prospecting, blacksmithing and droving in the White Springs area.

When the Second World War broke out he tried enlisting but at first was rejected for once having had a broken nose. After he had his nose fixed, he tried again and was enlisted on 20th December 1940. After his initial training he left to Perth on 5th July 1941. In September he joined the 2/48th Battalion. He attended the units siege in Tobruk, Libya. In Ocotber he was with the unit in Palestine. In June 1942 the Battalion arrived in Egypt and fought in Tel el Eisa in July. After a short period in Reserve, he rejoined his Battalion on 10th August. Following he was engaged at El Alamein, where he was killed on 26th October.

Citation:
"During the attack on TRIG 29 at Miteiriya Ridge on the night of the 25th-26th October, 1942, the Company to which Private Gratwick belonged met with severe opposition from strong enemy positions which delayed
the capture of the Company's objective and caused a considerable number of casualties. Private Gratwick's Platoon was directed at these strong positions but its advance was stopped by intense enemy fire at short range.
Withering fire of all kinds killed the platoon commander, the platoon sergeant and many other ranks, and reduced the total strength of
the Platoon to seven. Private Gratwick grasped the seriousness of the situation and acting on his own initiative, with utter disregard for his own safety, at a time when the remainder of the Platoon were pinned down,
charged the nearest post and completely destroyed the enemy with hand grenades, killing amongst others a complete mortar crew.
As soon as this task was completed, and again under heavy machine-gun fire, he charged the second post with rifle and bayonet. It was from this post that the heaviest fire had been directed. He inflicted further casualties and was within striking distance of his objective, when he was killed by a burst of machine-gun fire.
By his brave and determined action, which
completely unnerved the enemy, and by his successful reduction of the enemy's strength, Private Gratwick's Company was able to move forward and mop up its objective. Private Gratwick's unselfish courage, his gallant and determined-efforts against the heaviest opposition changed a doubtful situation into the successful capture of his Company's final objective." 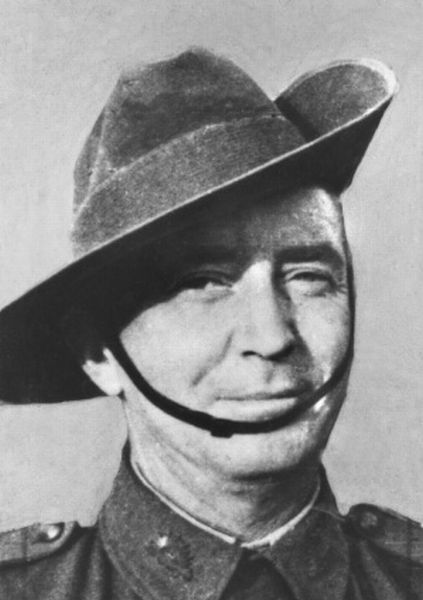