"For gallant and unselfish bravery in silencing enemy machine-gun posts by bayonet assault at Tell El Eisa on the 22nd July, 1942, thus allowing his Company to continue the advance. During an attack on strong German positions in the early morning of the 22nd July, 1942, the Company to which Private Gurney belonged was held up by intense machinegun fire from posts less than 100 yards ahead, heavy casualties being inflicted on our troops, all the officers being killed or wounded., Grasping the seriousness of" ithe situation and without hesitation, Private Gurney charged the nearest enemy machine-gun post, bayonetted .three men and silenced the post. He then continued on to a second post, bayonetted two men and sent out a third as a prisoner. At this stage a stick grenade was thrown at Private Gurney which knocked him to the ground. He rose again, picked up his rifle and charged a third post using the bayonet with great vigour. He then disappeared from view, and later his body was found in an enemy post. By this single-handed act of gallantry in the face of a .determined enemy, Private Gurney enabled his Company -to press, forward to its objective, inflicting heavy losses upon the enemy. The successful outcome of this engagement, was almost entirely due to Private Gurney's heroism at the moment when it was needed"
Private Gurneys Victoria Cross is publicly displayed at The Australian War Memorial in Canberra, Australia.
Arthur Stanley Gurney is buried at the El Alamein War Cemetery, Egypt. 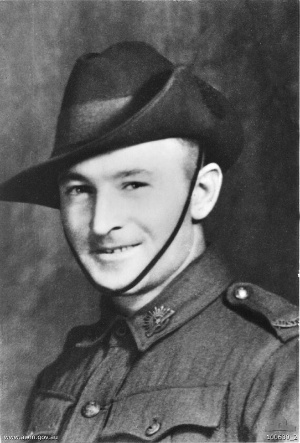 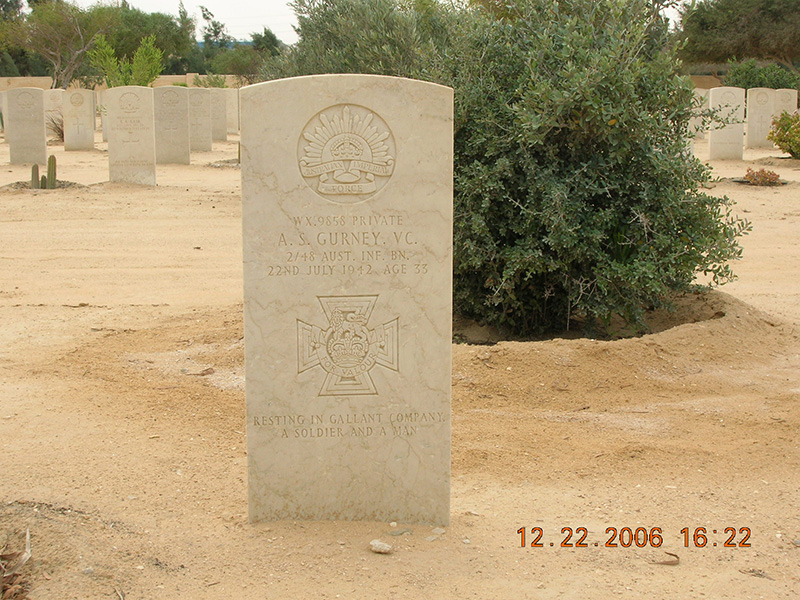