He was educated at Amherst School in Guernsey as were his four brothers.

After leaving 16 Les Amballes in 1897 he moved with his family into No 14 St Clements Rd. At the age of 16 in 1909 he joined the Royal Navy serving first on HMS Leviathon (see photo on last page) after serving throughout the First World War he was finally pensioned off in 1933 as Chief Petty Officer. However the lure of the sea was too strong when in 1938 he once again volunteered and was accepted back into service. There follows an account of his remarkable naval career which was reported in the Guernsey Press of 26th September 1945, it tells of how he gained the DSM and George Medal whilst serving in Malta. These medals can be viewed at The Castle Cornet Museum, St Peter Port, Guernsey where they were placed by his wife shortly after his passing in 1980.

Charles or Chas as he was better known was married twice, firstly in Portsmouth, England to Ms Emanuel in 1922. They had one son in 1923 who they baptized Reginald William Eugene 'Reggie' visited Guernsey regularly up until he died in 1981. He had a distinctive Welsh accent and was a very quiet gentleman who always made a point of visiting his Aunt May Le Bargy when in the island as she had looked after him on many occasions when he was a baby.

Charles was eventually divorced from Ms Emanuel and in the 1930s he was remarried to Winifred Wheaton . In 1940 they had a son who they named Roger Charles during this period they were in Malta which suffered heavy bombing from the enemy for much of the war. Wins nursing training was very useful at this time.

After the liberation of Guernsey they returned to the island where they ran a guest house in Les Canichers called Grange Clair for a period of about 10 years eventually retiring to Marlendo a bungalow in the Grand Fort Road, St Sampsons.
Win Le Bargy nee Wheaton was born on 1st January 1901, even in her 90's she was a very alert character with an excellent memory. A great deal of the information contained herein is as a result of her reminiscences.

Her strength of character was never more evident than when in 1973 their only son Roger was killed in an horrific accident when he was run over by a train.

Charles died on the 2nd October 1980, Win lived on for another 12 years and eventually died at Les Platons Nursing Home her last place of residence on 15th June 1992. Both Charles and Win are buried in St Johns Cemetery, Les Amballes with Charles's father and mother James Eugene Joseph and Emily Jane Le Bargy (plot no 4)

For gallantry and undaunted devotion to duty.

For gallantry and undaunted devotion to duty. 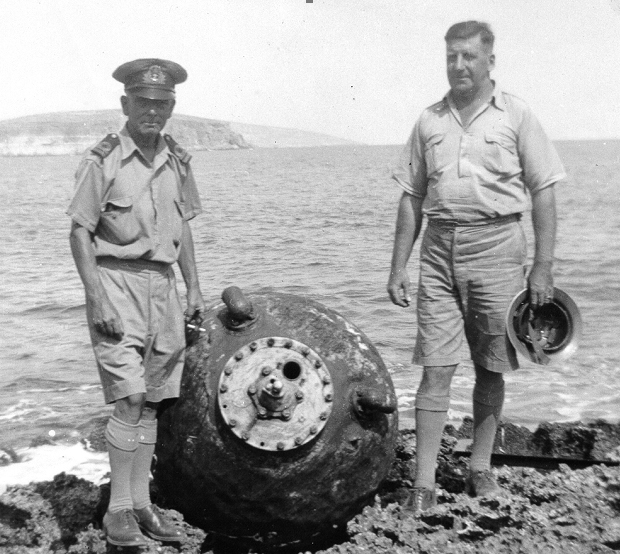