"He was a scout when the unit advanced with tanks along a street in Manila, Luzon, Philippine Islands. Without warning, enemy machinegun and rifle fire from concealed positions in the Customs building swept the street, striking down the troop commander and driving his men to cover. As the officer lay in the open road, unable to move and completely exposed to the pointblank enemy fire, Pfc. Grabiarz voluntarily ran from behind a tank to carry him to safety, but was himself wounded in the shoulder. Ignoring both the pain in his injured useless arm and his comrades' shouts to seek the cover which was only a few yards distant, the valiant rescuer continued his efforts to drag his commander out of range. Finding this impossible, he rejected the opportunity to save himself and deliberately covered the officer with his own body to form a human shield, calling as he did so for a tank to maneuver into position between him and the hostile emplacement. The enemy riddled him with concentrated fire before the tank could interpose itself. Our troops found that he had been successful in preventing bullets from striking his leader, who survived. Through his magnificent sacrifice in gallantly giving his life to save that of his commander, Pfc. Grabiarz provided an outstanding and lasting inspiration to his fellow soldiers." 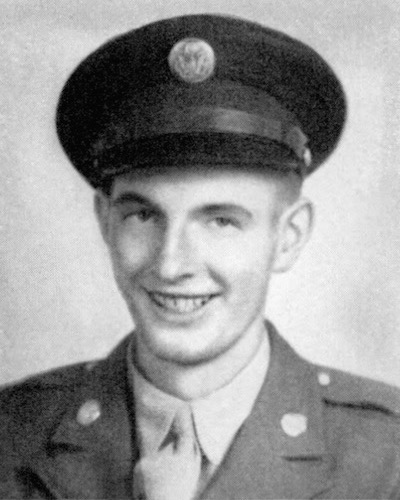