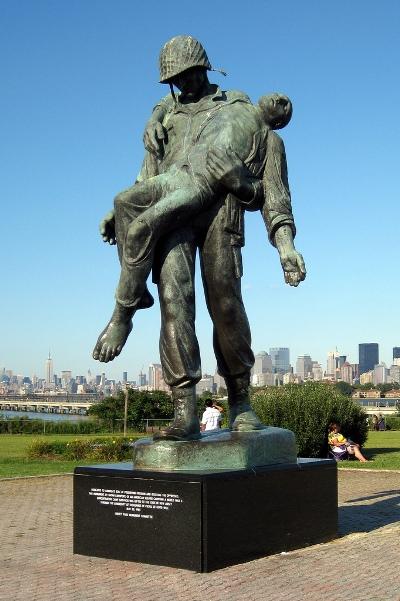 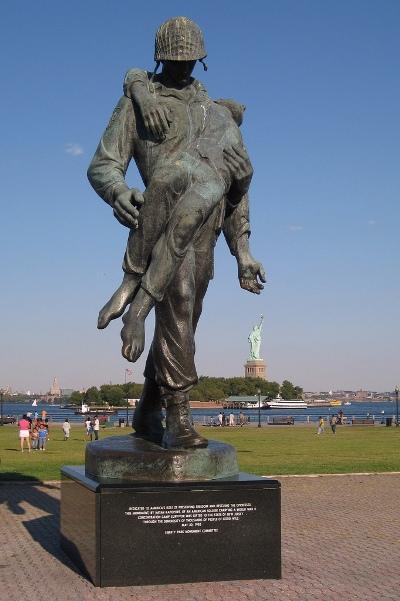 The memorial "Liberation" commemorates the Holocaust and the the role of the United States in preserving freedom and rescuing the oppressed. The memorial depicts an American soldier carrying a Jewish concentration camp survivor.

This memorial is located at the Liberty State Park. This large park is opened in 1976 and has an overlook on the Statue of Liberty. The park contains several memorials, some related to the Second World War. There is also a museum and IMAX-theatre.