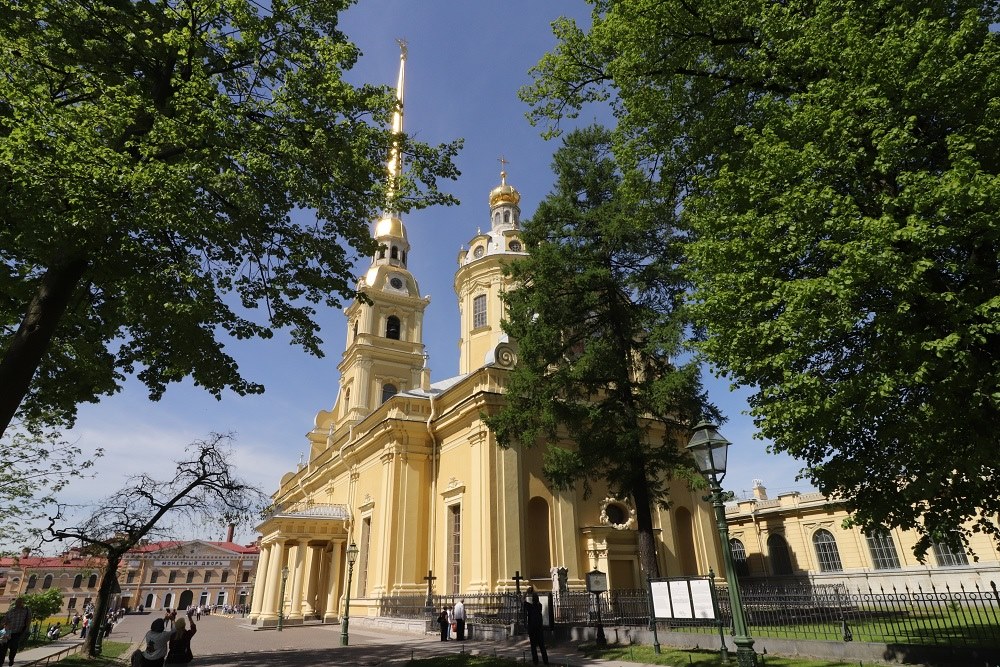 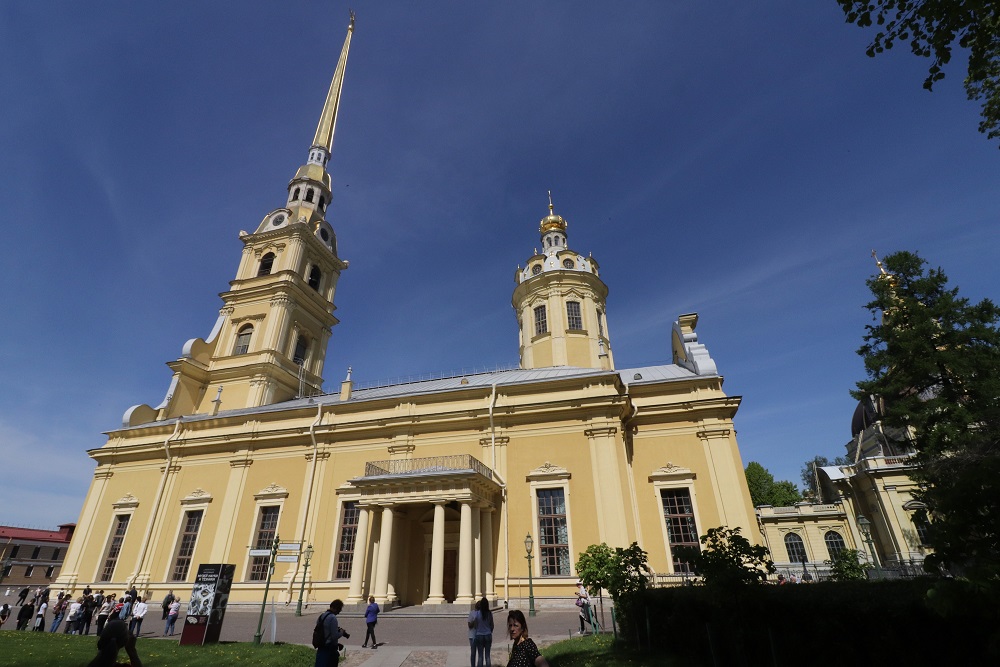 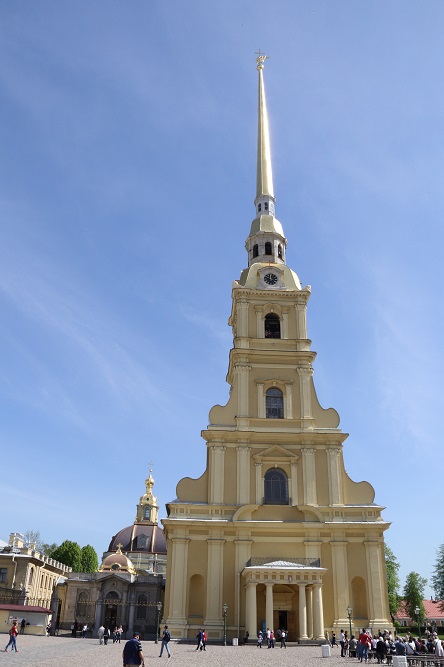 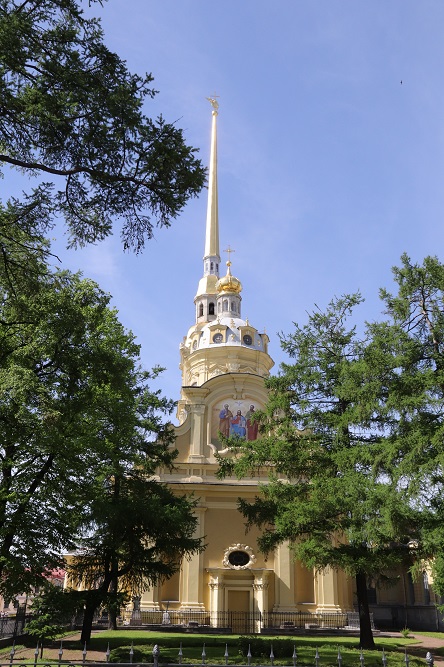 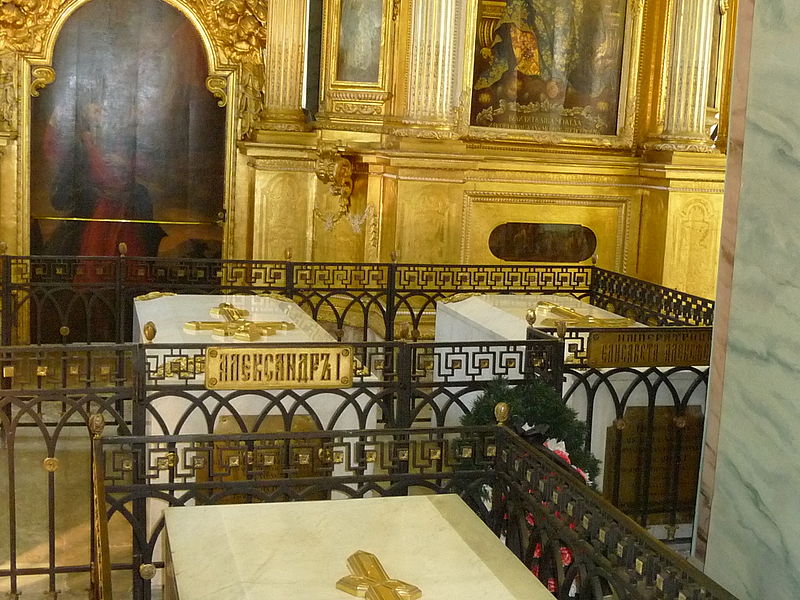 Within the Peter and Paul Cathedral (1712-1733 are the graves of almost all the Russian emperors and empresses, including Alexander I Pavlovitsj (1777-1825), Tsar of Russia during the Napoleonic Wars and the commander-in-chief of the Russian army which fought against Napoleon's army. The remains of the Nikolai II household, who were murdered on 16 July 1918 by Bolsheviks, are also entombed here.

This cathedral was heavily damaged during the Siege of Leningrad.