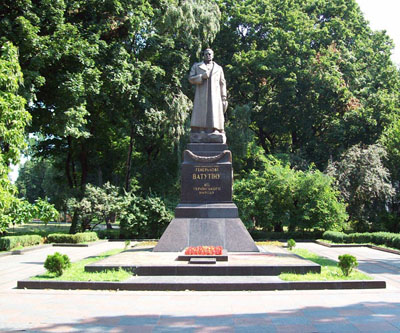 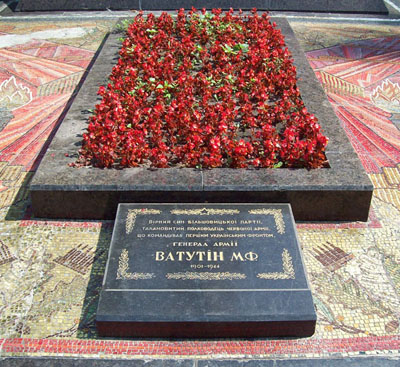 This grave contains the remains of the famous Soviet general Nikolaj Fjodorovitsj Vatoetin who was attacked on 28 February 1944 by the UIA (Ukranian Insurgent Army) in the rear and eventually died due to his wounds on 14 April 1944. He played an important role in the battles for Leningrad, Voronezj, Stalingrad, Charkov and Kiev.