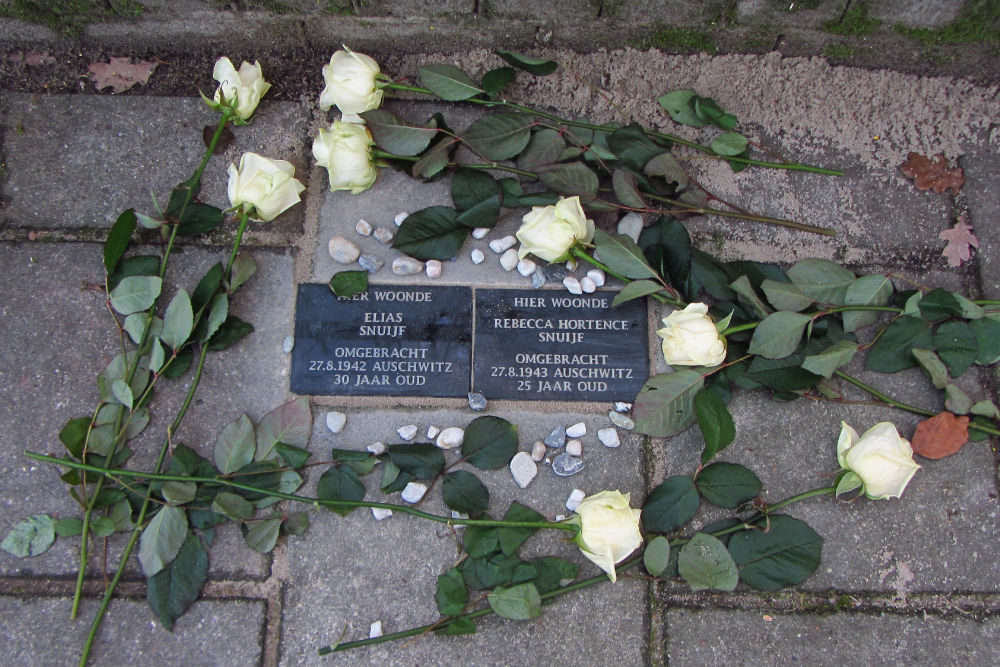 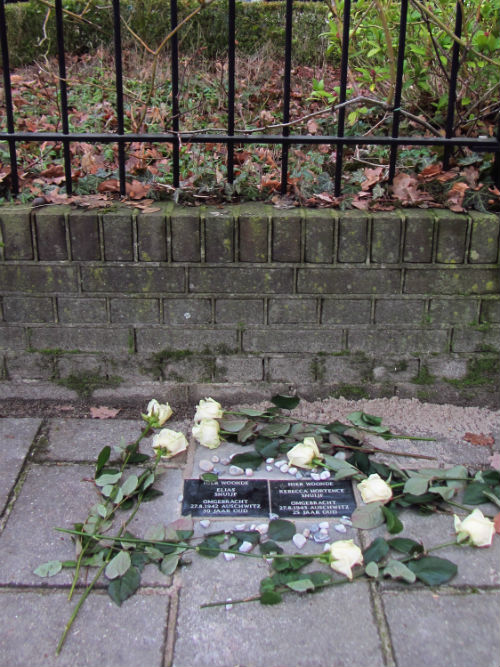 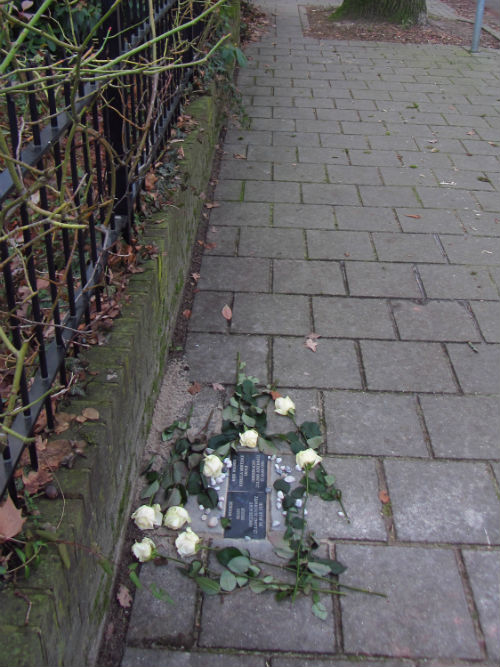 Elias ("Eli") and Rebecca ("Betty") Hortence Snuijf are children of Jonas Mozes Elias Snuijf and Henriëtte Meijerson-Snuijf.
Elias and Rebecca Hortence have a brother, he survives the war. On May 8, 1922, the Snuijf family moved from Amsterdam to Marialaan 35 in Apeldoorn. After the war, this street name was changed to Canadalaan as a tribute to the liberators. The house number has remained the same for this property.

Jonas Snuijf establishes a lacto laboratory at his home address. The couple has a large social network, which includes doctors and engineers.

On January 8, 1940, Ingrid Gronowski comes to live with the family. She is one of the many Jewish children who were sent abroad by their parents after Kristallnacht in Germany. For Ingrid, the Snuijf family is the fourth address where she stays.

Henriëtte Meijerson-Snuijf dies in February 1940 from the consequences of a disease of the pancreas.
After the death of her foster mother, Ingrid lives with the family until June, after which she is housed at three other addresses. But she too is arrested and killed in Sobibor.

Elias is a landscape gardener. He is also listed as a draftsman for public works (the municipal department that is involved in the supervision and execution of buildings and bridges, among other things).
He goes to live with a farmer in De Wijk, probably to attract less attention as a Jew. He is interned in Camp Westerbork. His date of arrival at Camp Westerbork is unknown.

On Monday, August 24, 1942, a train with 14 wagons leaves the camp with the final destination Auschwitz. Elias is one of the 519 deportees. The next day he arrives in Auschwitz. He died on Thursday, August 27, 1942.

His sister Rebecca is first mentioned on an Amsterdam archive card as a student without a profession, later as a domestic worker and finally as a student nurse. On November 6, 1940, Rebecca reports the theft of her bicycle in Amsterdam. Her ladies bike, of which she does not know the brand, has been stolen from Reguliersdwarsstraat. He stood in front of the "Galeries-Modernes" building. She has no idea who could be the culprit.

Rebecca takes all kinds of precautions, including wearing a uniform and a wig. But she is nevertheless arrested on the Ceintuurbaan in Amsterdam.

She is registered in Camp Westerbork on 7 August 1943. On Tuesday August 24, 1943, she was deported to Auschwitz along with a thousand others. The train journey takes two days. She died on Friday, August 27, 1943, exactly one year after her brothers died.

During the war, the father and brother of Elias and Rebecca go into hiding in Epe, with an older, reformed couple. When it rains, German soldiers regularly hide under the roof of the detached house. As a result, the people in hiding sometimes have to hide inside the roof for hours, with their knees raised.

During his stay in De Wijk, Elias had contact with his father several times. Only after the war did he learn that his son, and also his daughter, did not survive the war.

When the father of Elias and Rebecca returns to Apeldoorn after the war, it appears that the house in the Canadalaan is completely worn out. First by the Germans, who used the building during the war, and later by the Canadian liberators, who had established their headquarters there. Father and son Snuijf then take up residence in the house at number 31 in the same street, an empty building.