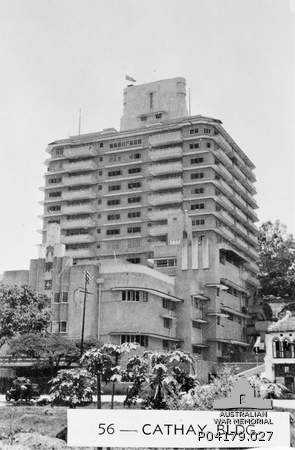 The SOE Orient Mission functioned out of an office in this building. At the beginning of World War II in 1942, the building was converted to a Red Cross casualty station. When Singapore fell to the Japanese, it was used to house the Japanese Broadcasting Department, the Military Propaganda Department, the Military Information Bureau and the broadcast department of the Indian National Army's Provisional government of Free India during the occupation period. It was also the residence of film director Yasujirō Ozu from 1944 till the end of the war.

When the war ended in 1945, it served as the headquarters for Admiral Lord Mountbatten while serving as the Supreme Allied Commander South East Asia Theatre of the South East Asia Command (SEAC).