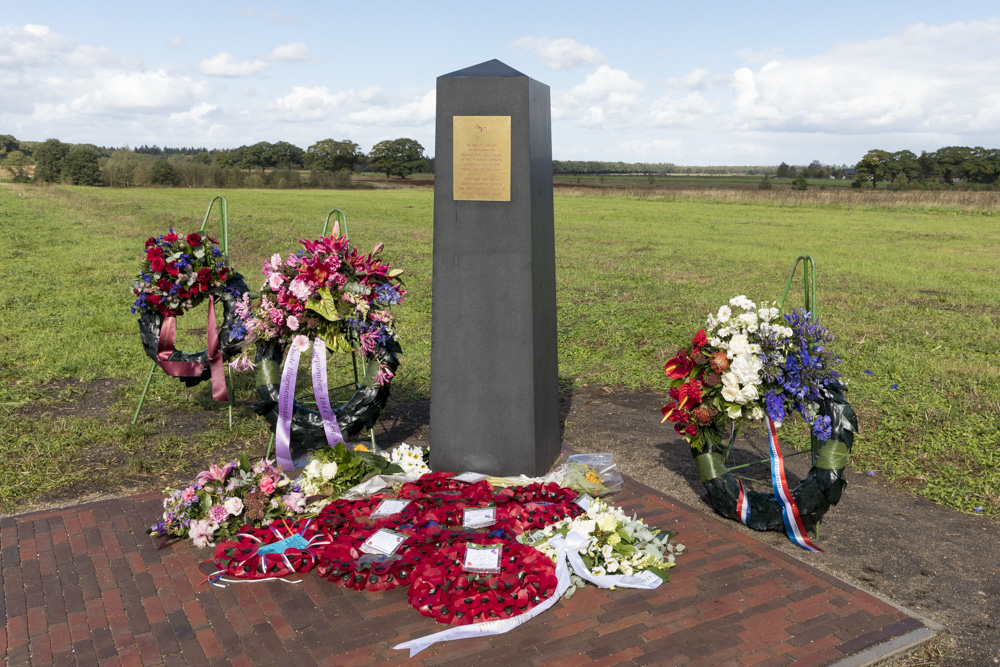 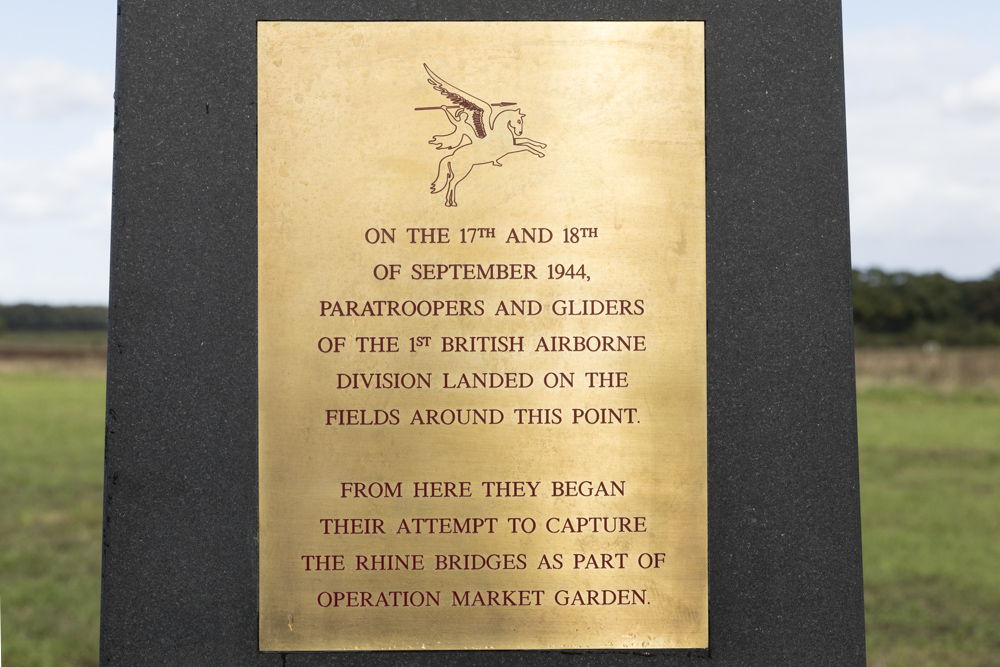 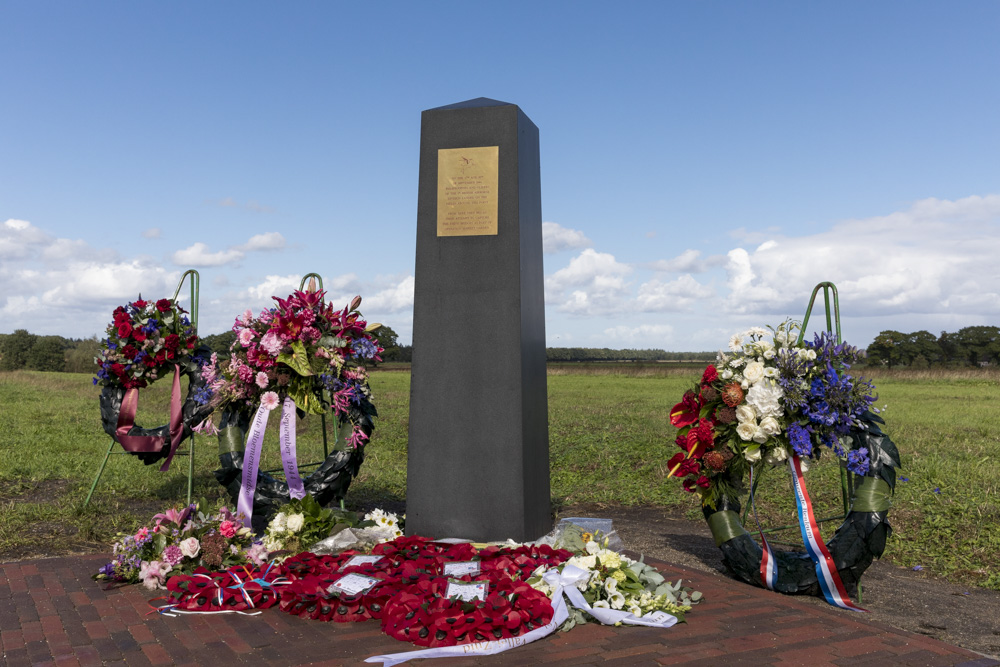 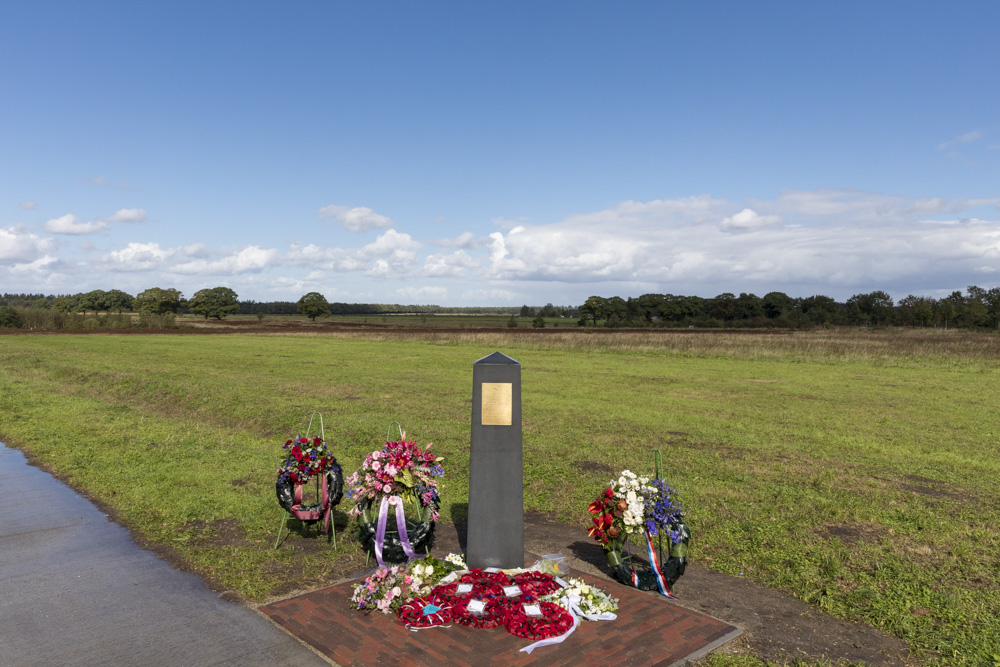 Adjacent to Eethuis Airborne at the edge of the landing zones of that were used during the Battle of Arnhem, is this memorial unveiled by two Arnhem veterans on the 21st of September 2018. The text on the memorial is:

ON THE 17TH and 18TH OF SEPTEMBER 1944, PARATROOPERS AND GLIDERS OF THE 1ST BRITISH AIRBORNE DIVISION LANDED ON THE FIELDS AROUND THIS POINT.

FROM HERE THEY BEGAN THEIR ATTEMPT TO CAPTURE THE RHINE BRIDGE AS PART OF OPERATION MARKET GARDEN.