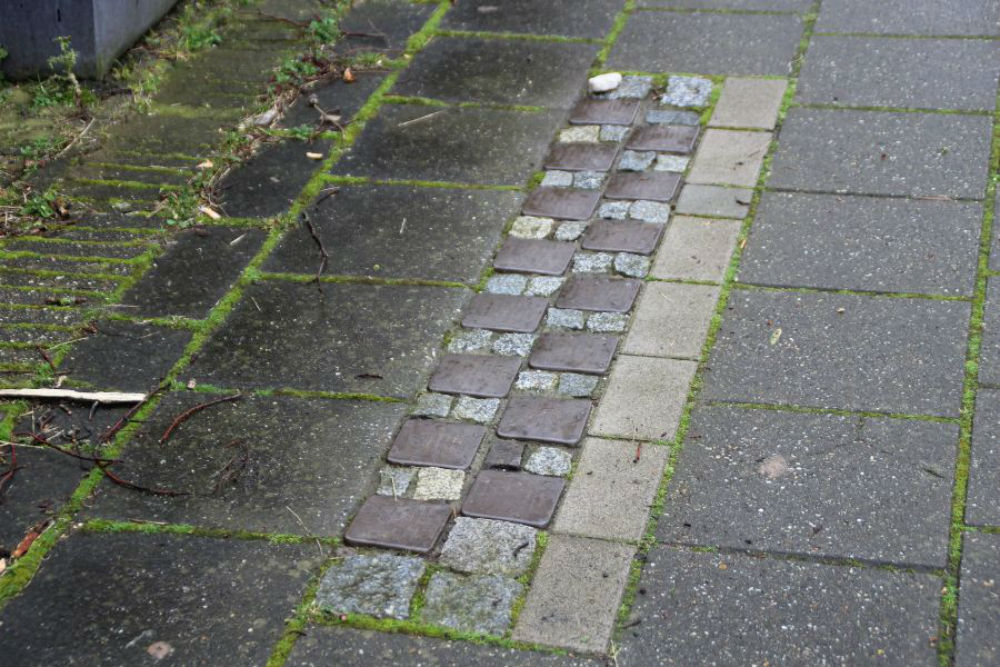 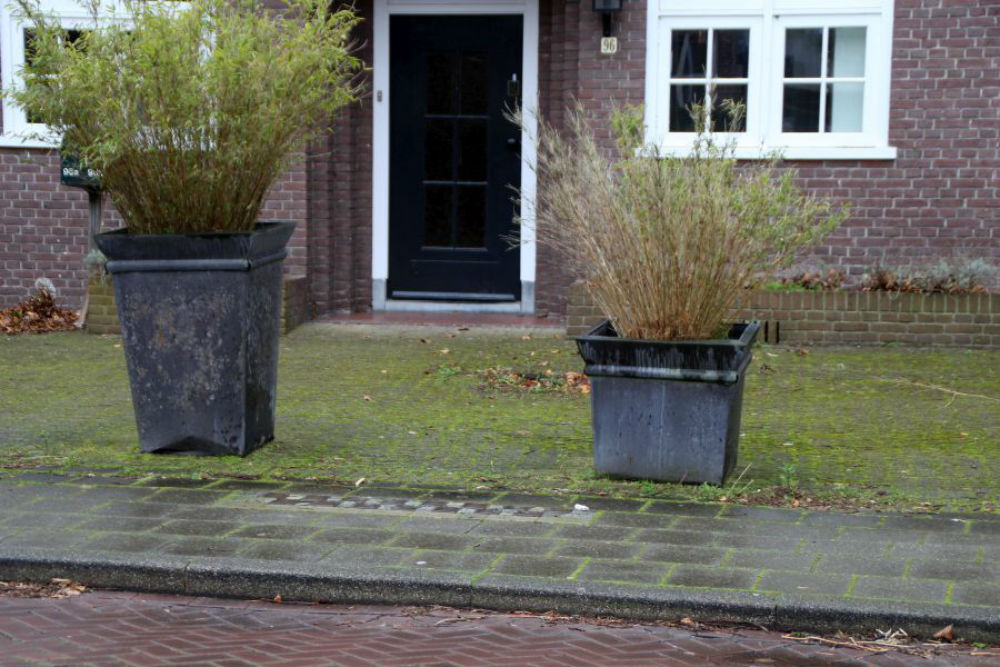 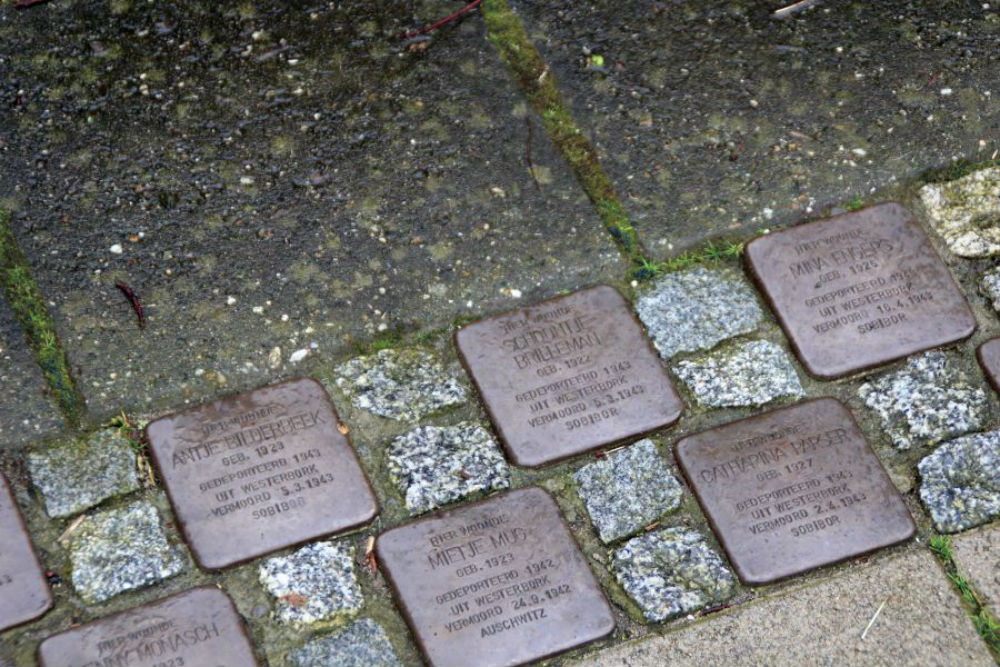 STOLPERSTEINE / STUMBLING STONES
for:
15 Jewish girls who have been deported from this address and killed by the Germans in Sobibor and in Auschwitz.