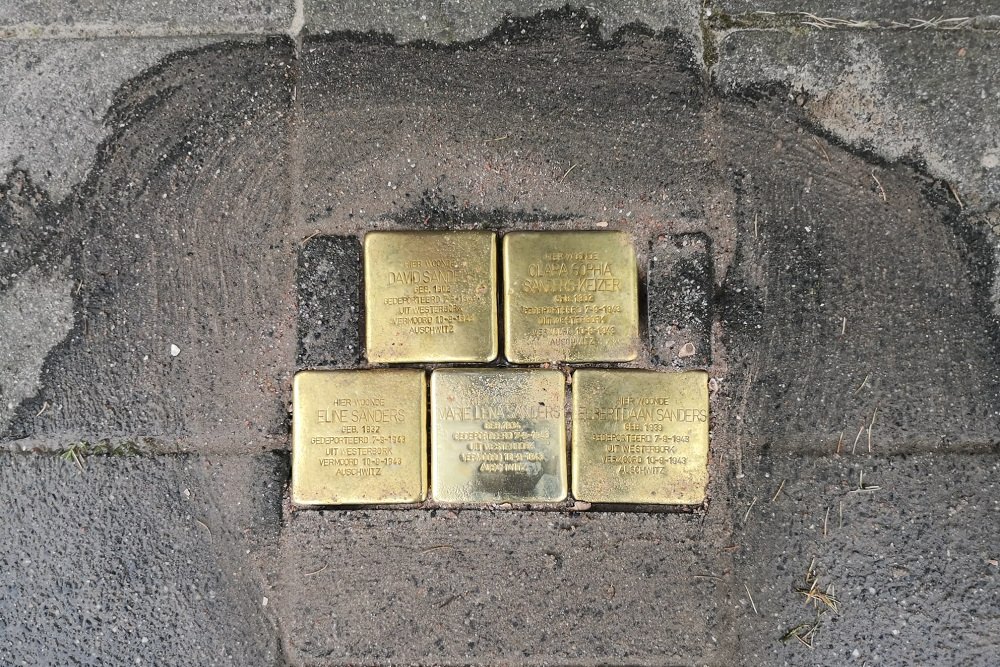 On April 28, 2022, stumbling stones were placed here for David Sanders, his wife Clara Sophia Sanders-Keizers and their children Eline (Elly), Marie Lena (Marleentje) and Elbert Daan (Bertje).
David was an optician and traveling salesman. He married Clara on May 27, 1930. They had three children together. In October 1939 they moved to Haarlem at 193 Delftlaan. The children went into hiding in the spring of 1942. David and Clara did not go into hiding, they walked the streets in Amsterdam without a star with false identity cards, but were recognized as Jews by a so-called Jew hunter. David was badly mistreated, all his teeth were knocked out of his mouth with brass knuckles and when they threatened to mistreat Clara as well, they had no choice but to name the children's hiding places. Marleentje and Bertje's father in hiding was able to rescue the parents and children, except Elly, from the Hollandse Schouwburg, but they were soon arrested again.