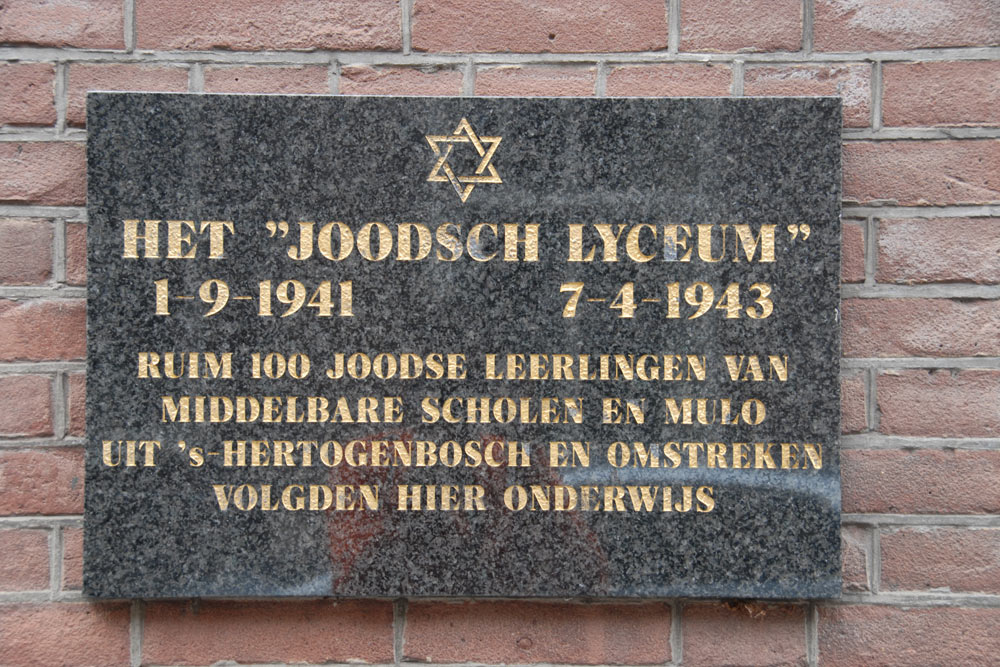 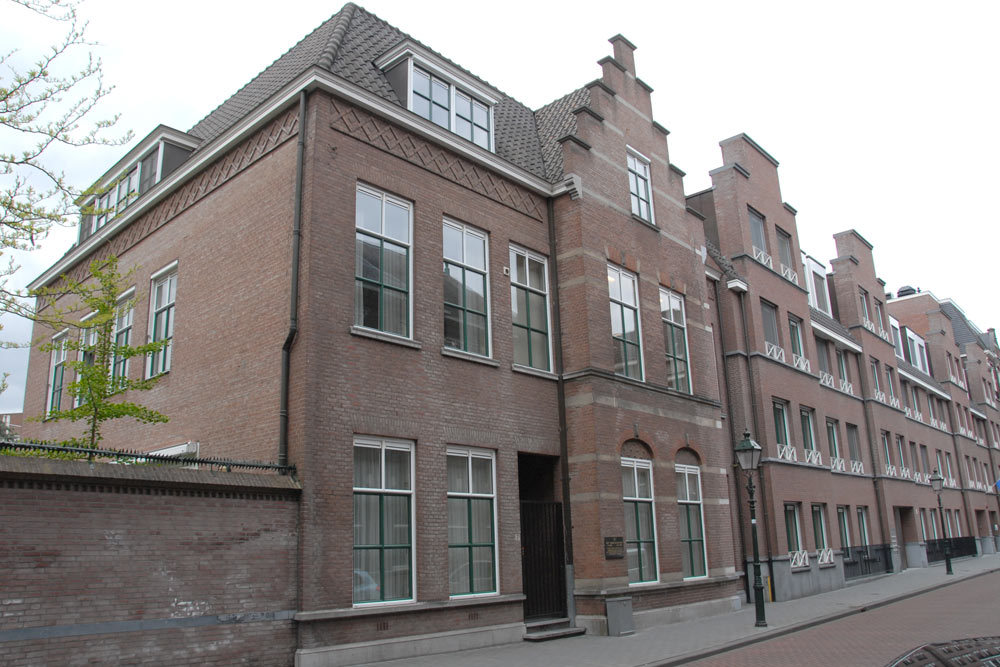 The Germans ordered by the end of 1941 that all public schools are prohibited for Jews. The Jewish High School in 's-Hertogenbosch was founded to be able to teach all Jewish students from the surrounding area of Den Bosch. The school was not successful, it was cold and there could thus be virtually no lessons. There were also Jews deported after a short time or they went into hiding.

In memory of the temporary Jewish Lyceum, a plaque was added to the building.

On the marble plaque is the following Dutch text (translated to English):
THE "JEWISH HIGH SCHOOL"
1-9-1941 7-4-1943
ABOUT 100 JEWISH PUPILS OF
SECONDARY SCHOOLS AND THE MULO
FROM 'S-HERTOGENBOSCH AND SURROUNDINGS
FOLLOWED EDUCATION HERE