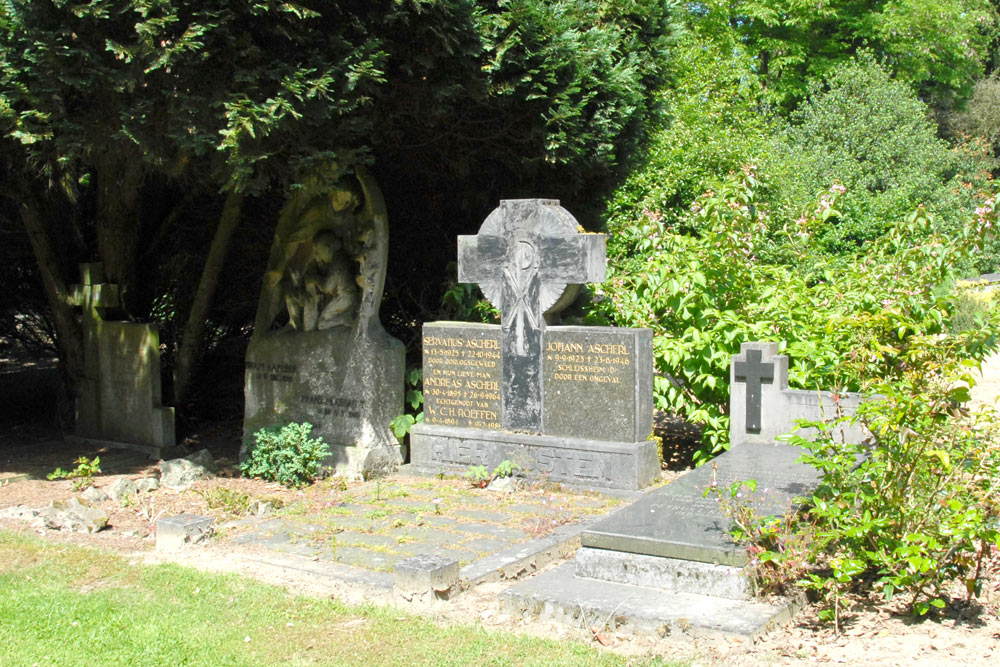 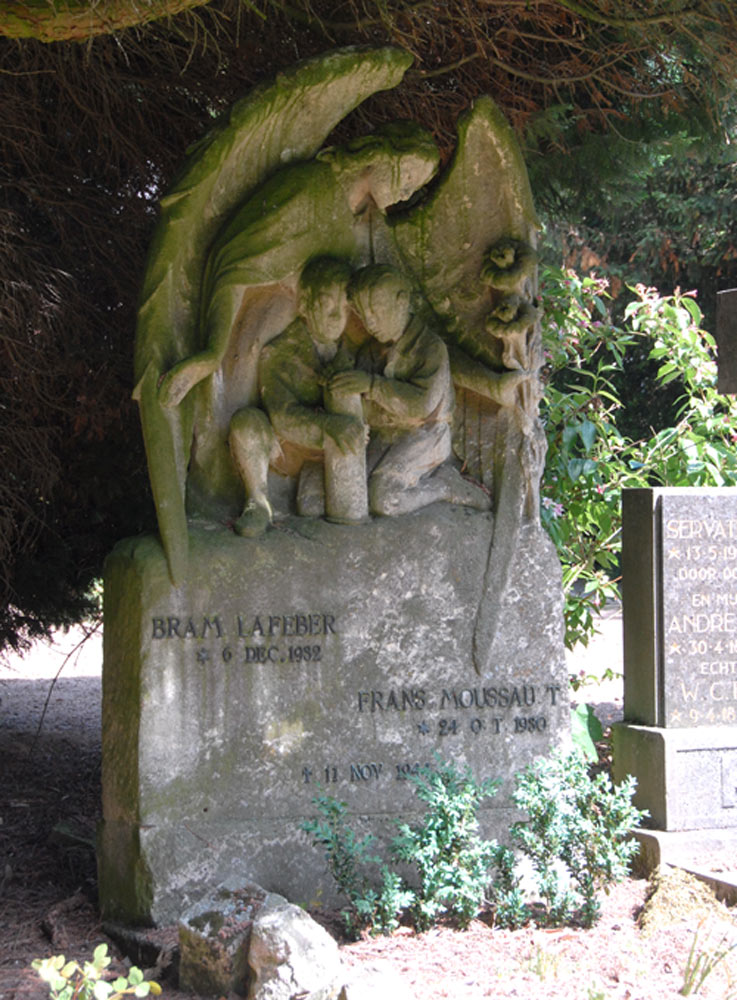 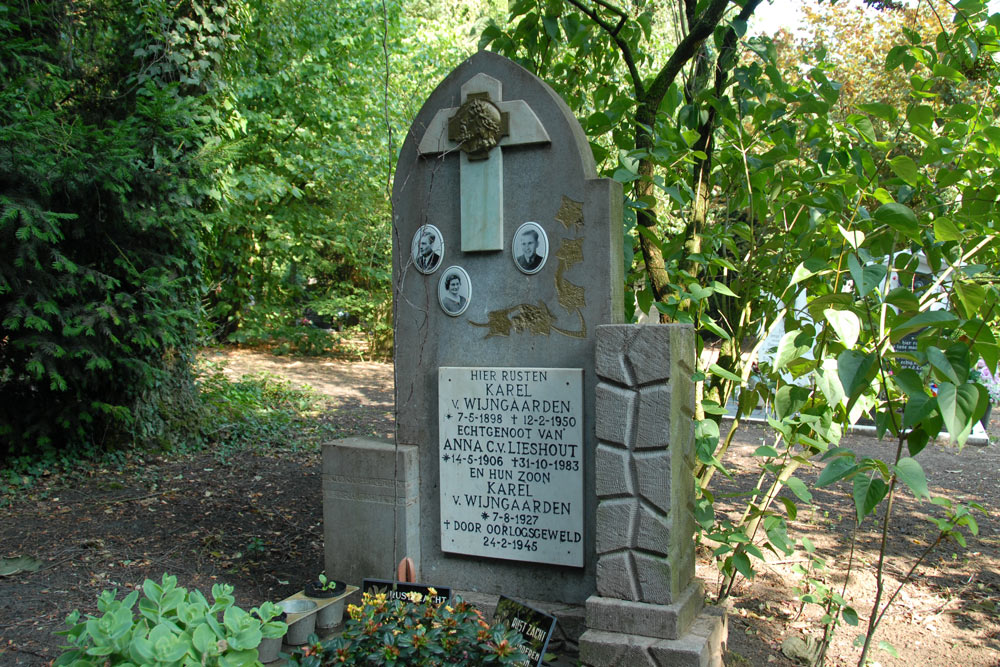 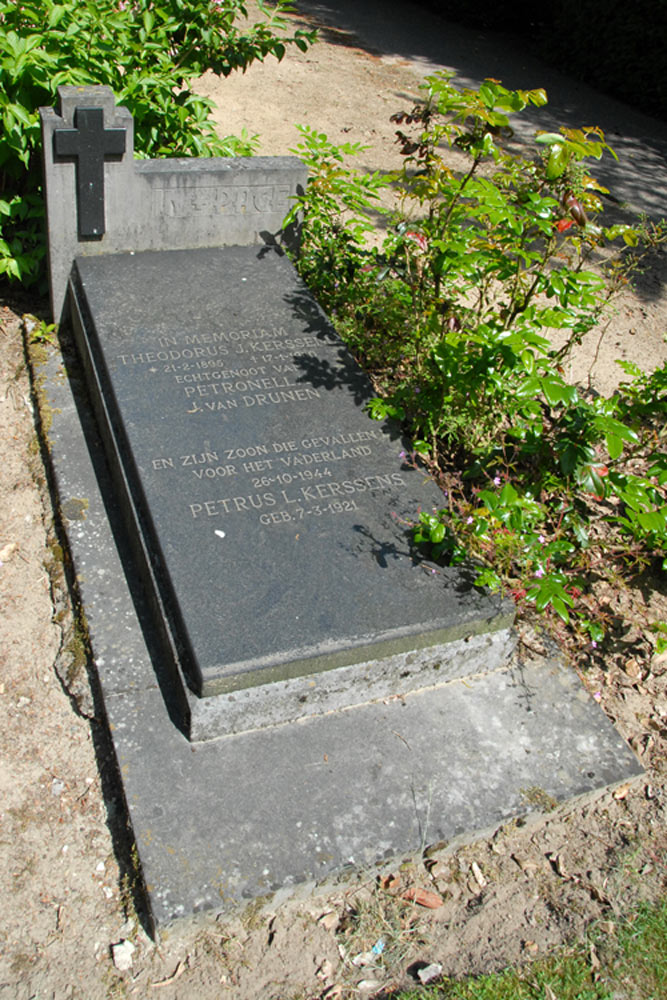 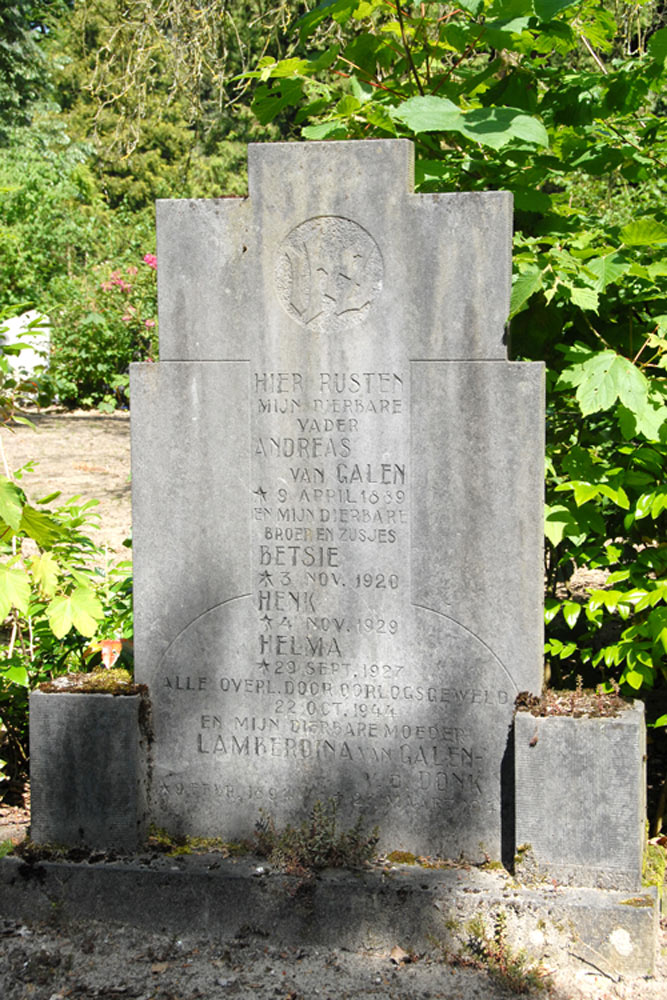 The graves of some of these victims can be seen as it concerns the family van Galen, Karel van Wijngaarden, Servatius Ascherl, Bram Lafeber and Frans Moussault.

The last two names are boys who died on 11 November 1944 when they were playing with a grenade they had found. The grenade exploded and killed the two young boys instantly. This tomb is very uncommon and special because the manner of death has been sculpted into the monument; two little boys playing with a grenade and a overarching guardian takes the boys to heaven.

On the same day as Galen's family, Wilhelmus Salfischberger was fatally hit by shellfire during clearance work in the ruins of Abeelenstraat. He was buried in Orthen (Nov 13, 1944). The grave is now no longer maintained - no more burial dues have been paid.

The cemetery also contains a plot with 16 Dutch War Graves. On another location at the cemetery lies a grave of another Dutch resistance fighter.

Gijsbert Kooij, who died in New Guinea in 1962, is also buried on this cemetery. 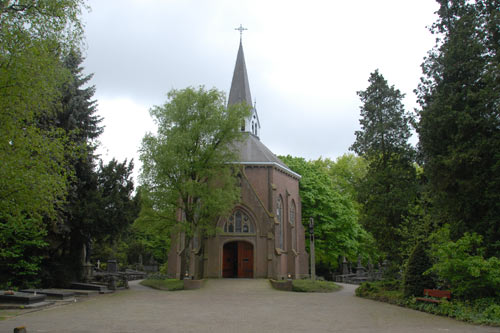