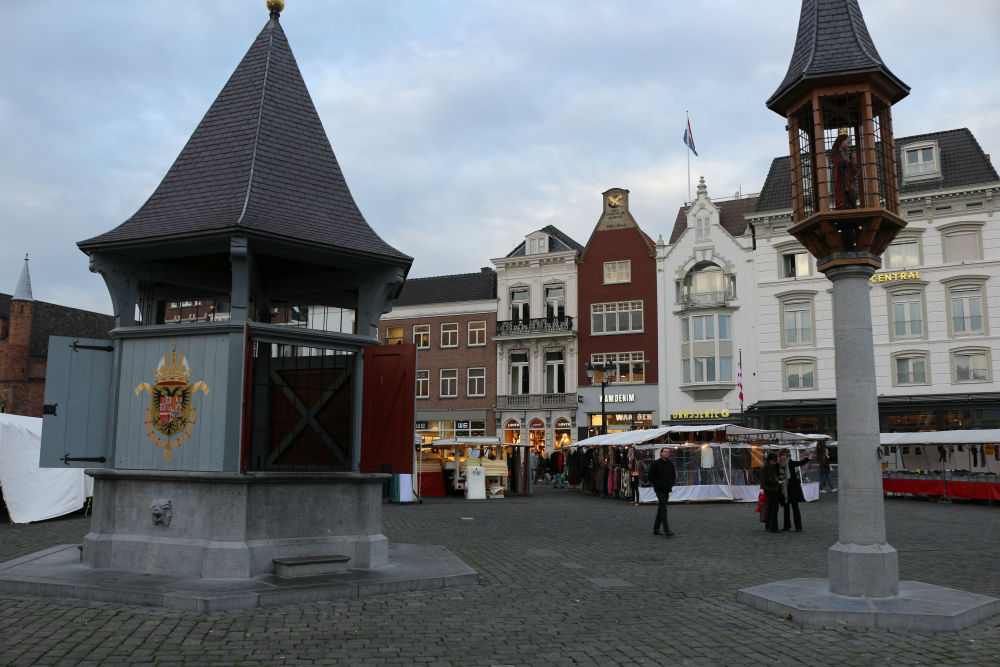 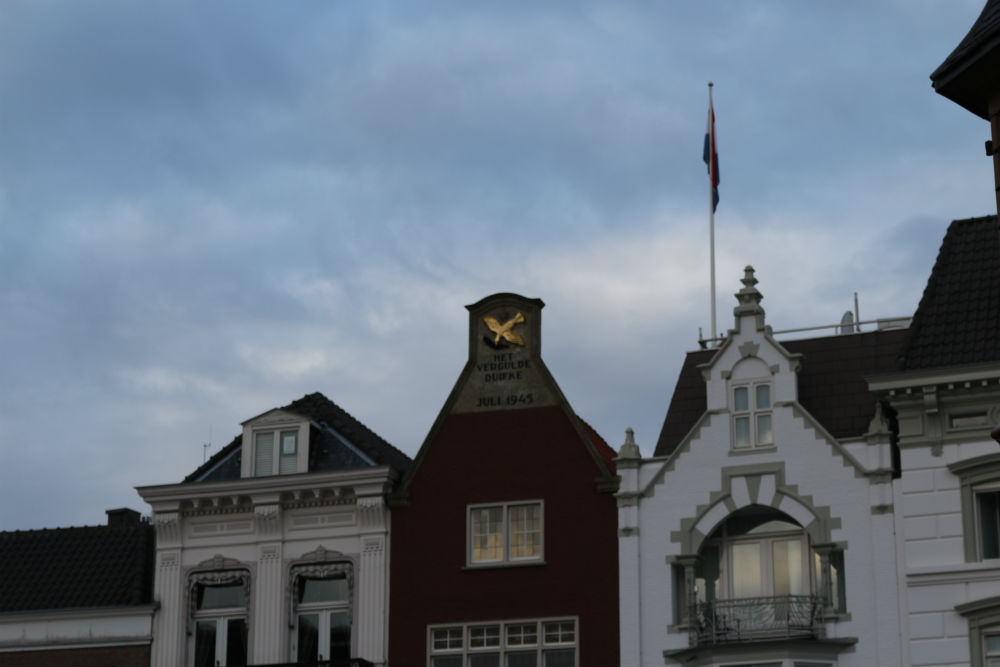 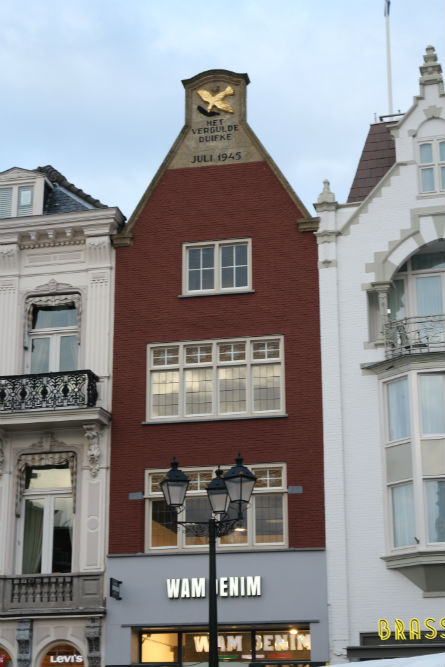 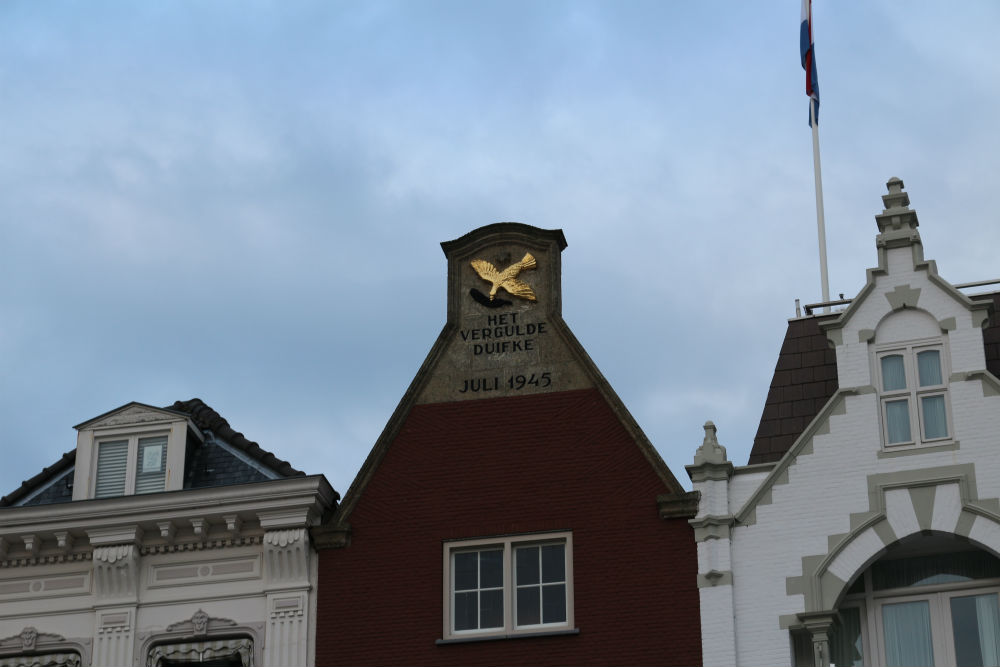 During the liberation of the city by the Welsh in October 1944 this building was heavily damaged. The warehouse was destroyed and also the facade was destroyed. A new facade could be built, if it was aesthetically accepted. This was designed by brother Loa Jansen. At the top of the wall a plaque that indicated the name of the property was plced, a gold dove with a branch of peace in the mouth. Moreover, a Star of David was applied as a reminder of the many Jews who did not return from the death camps. The new facade was ready in July 1945.