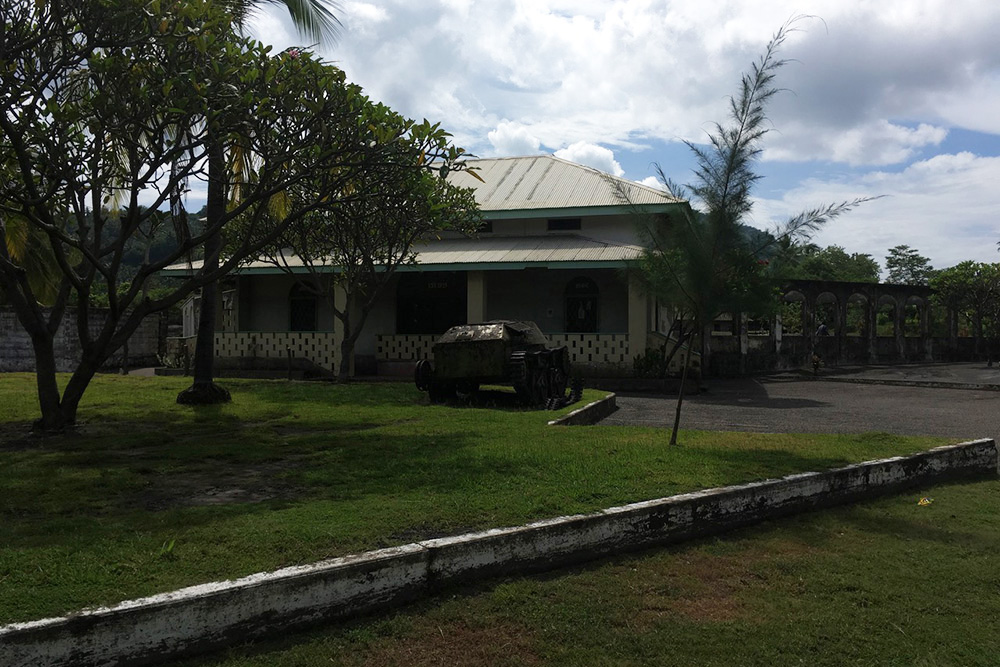 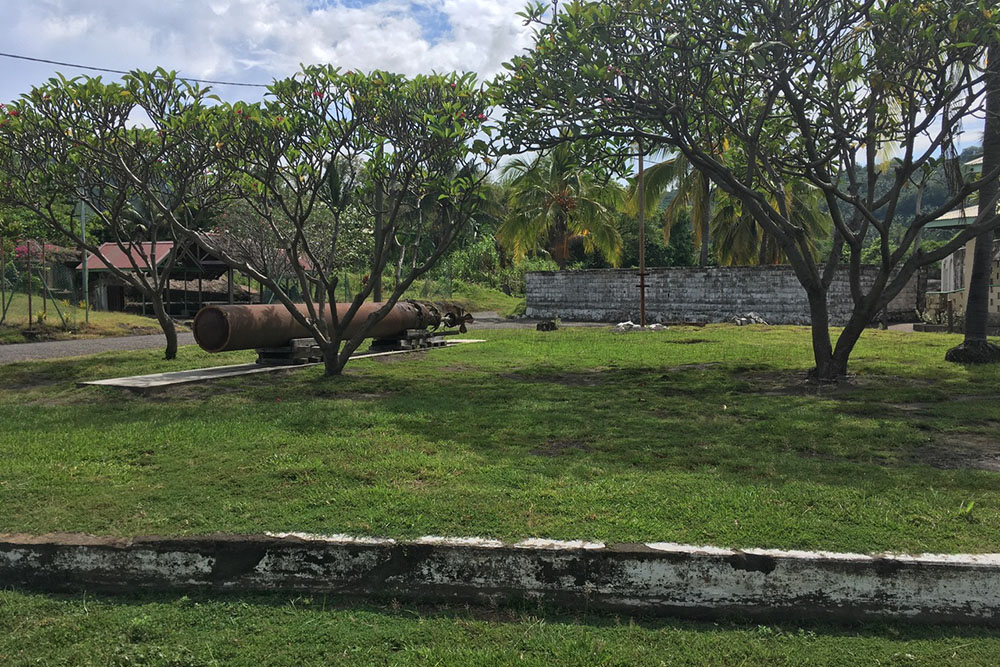 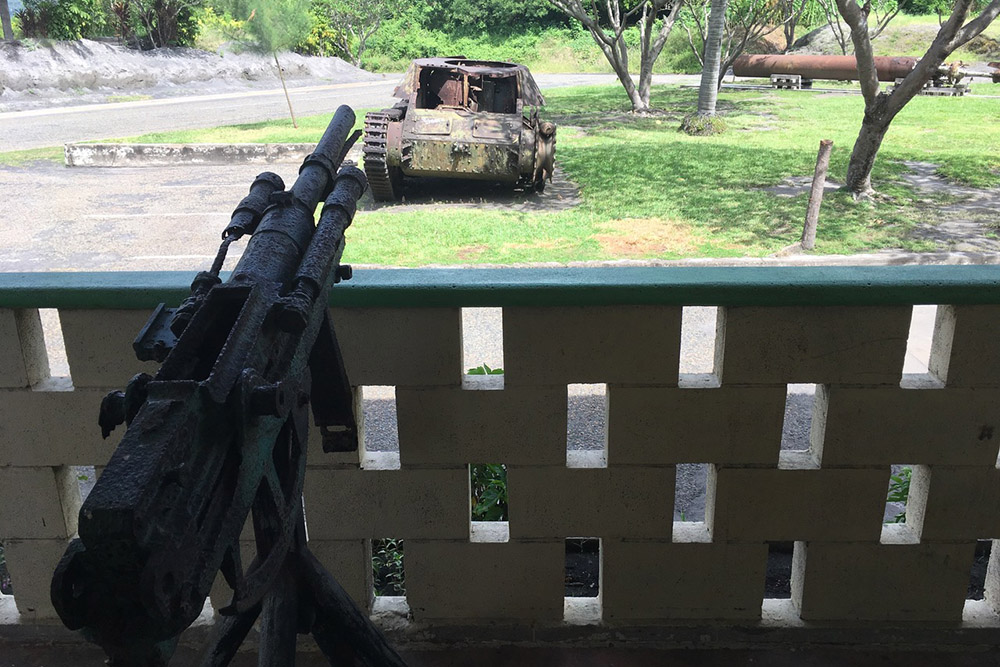 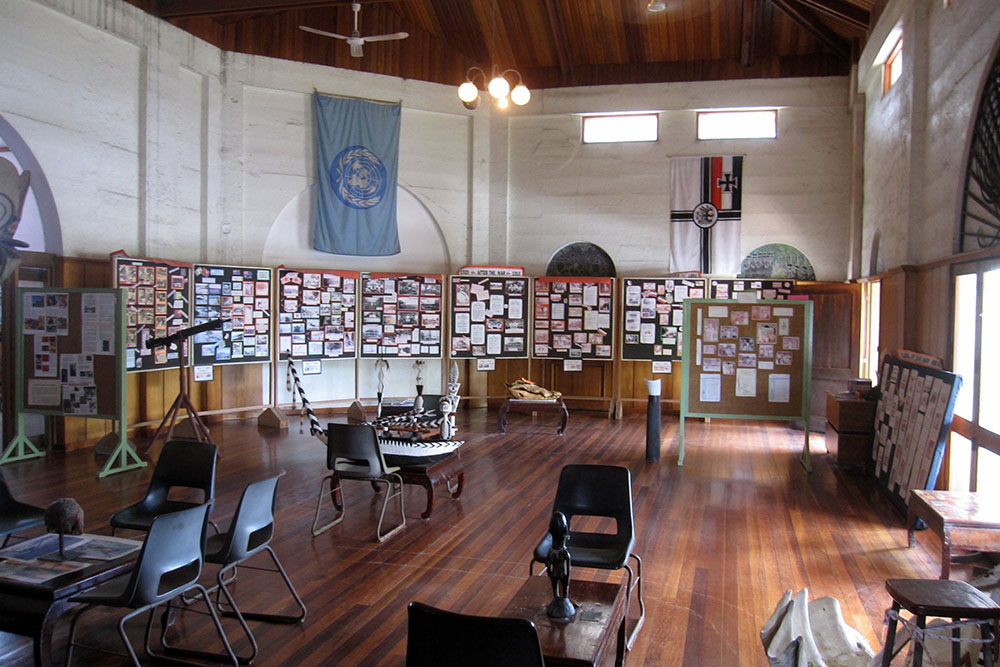 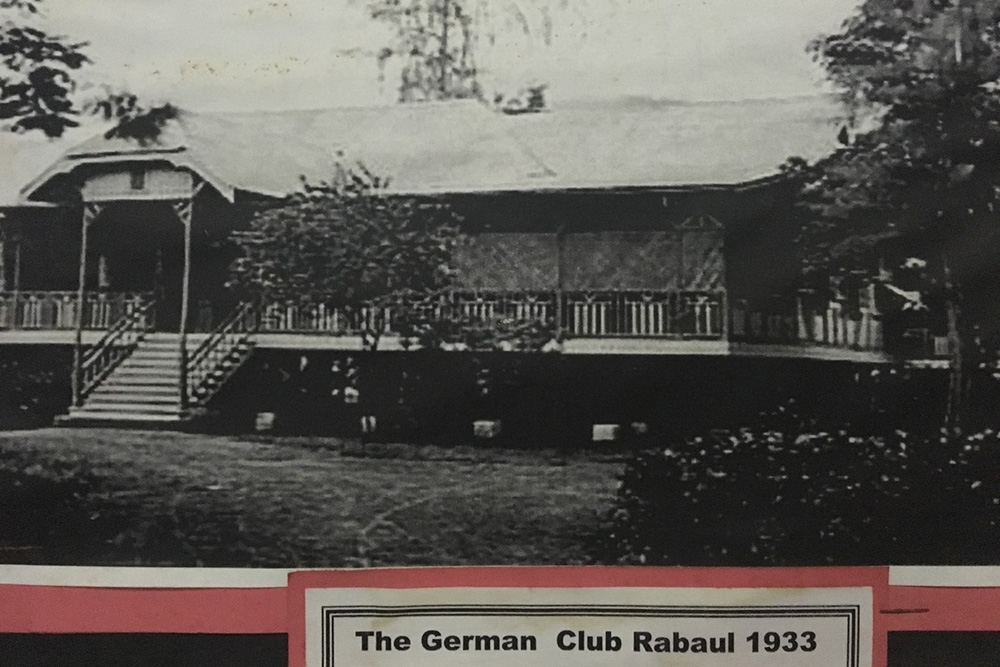 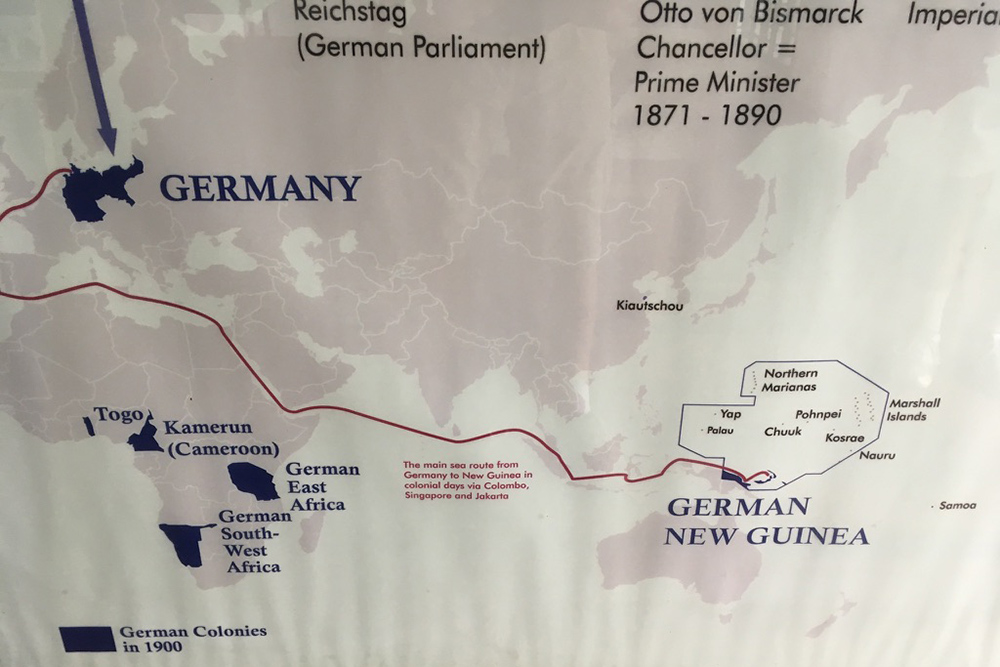 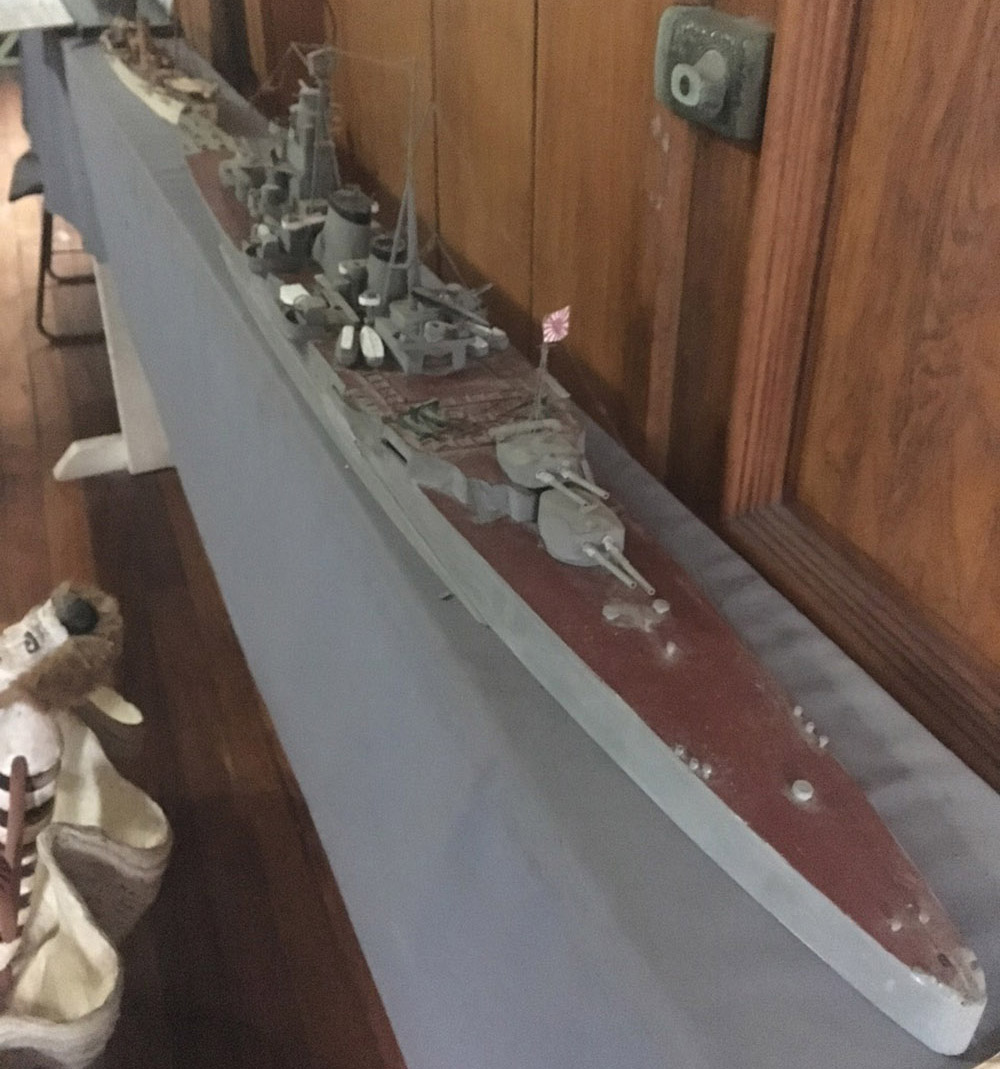 Down Mango Avenue (an empty stretch of cinders) sits the building of the former New Guinea Club, now the history museum of Rabaul, where there are many artifacts from the two world wars, both of which swept through Rabaul. A number of important artifacts are related to the German and Japanese presence in Rabaul.

The building was used as Japanese Navy headquarters until late 1943.

Note: the hours of the museum are spotty, but to get inside, ask the desk clerk at the Rabaul Hotel for the key, and leave a donation for the museum in the jar inside.

On the grounds outside the museum are the remains are military equipment, slowly rusting away in the humid tropical climate.

Inside the museum are exhibits covering the history of Rabaulfrom its days as the center of the German colony (Kaiser-Wilhemsland) to more current times (the 1994 volcano eruption). One of the displays shows an excellent model of the IJN Heavy Cruiser Haguro.

A good time to visit the museum is during one of Rabaul's many tropical rainstorms, when its impossible to walk or even drive around the ghost town. Give yourself about an hour to tour around the display cabinets.

On the grounds of the museum is the former bunker of Admiral Isoroku Yamamoto, where he would retreat during Allied air raids on Simpson Harbour. (The key to the bunker should be with the keys to museum. Make sure to lock everything when you leave.) You'll need to contact the Hamamas Hotel (Rabaul Hotel) for access.

Rabaul under colonial rule
As the colonial capital for Kaiser-Wilhelmsland (mostly from 1880 to 1920, although on the ground the dates blurred) in what is now Papua New Guinea, Germany established a presence in the town, around bay of Simpson Harbour.

It remained until the Australians took over the town at the beginning of World War I. (Legally Germany had title until 1920 until the Peace of Paris stripped Germany of its colonies in 1919.)

The Japanese landed in February 1942 and stayed until 1945. Papua New Guinea became independent in 1975.

Note: In the 19th cenutry German Chancellor Otto von Bismarck had conflicted views about colonial settlements, at a time when rival European powers were carving up Africa and Asia into spheres of commercial influence.

A good, readable biography is Edward Crankshaws "Bismarck." At first you might find his prose a touch dense but stick with it, and you will learn a lot about Germanys colonial policies (among other issues).

Another useful history is Margaret Macmillans "Paris 1919", which is about Versailles.

For school groups wanting to understand the power politics in this part of the world, teachers might consider starting a stamp collection for "New Guinea" and lining up the stamps that show the many colonial powers (starting with France, but including Australia, Britain, Japan, Germany, and the United States) that have been active in this part of the world.