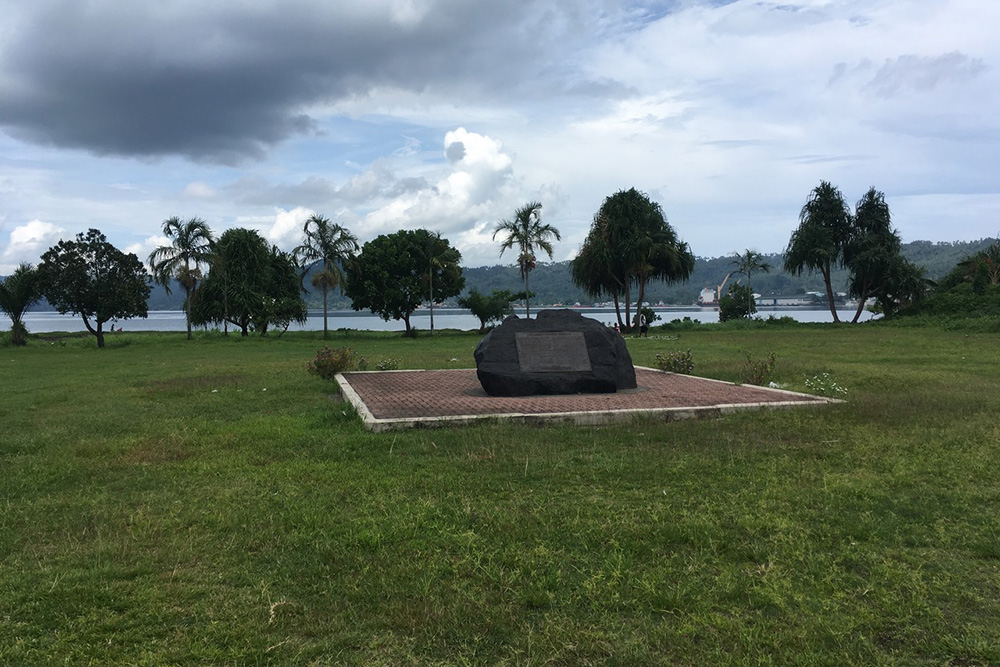 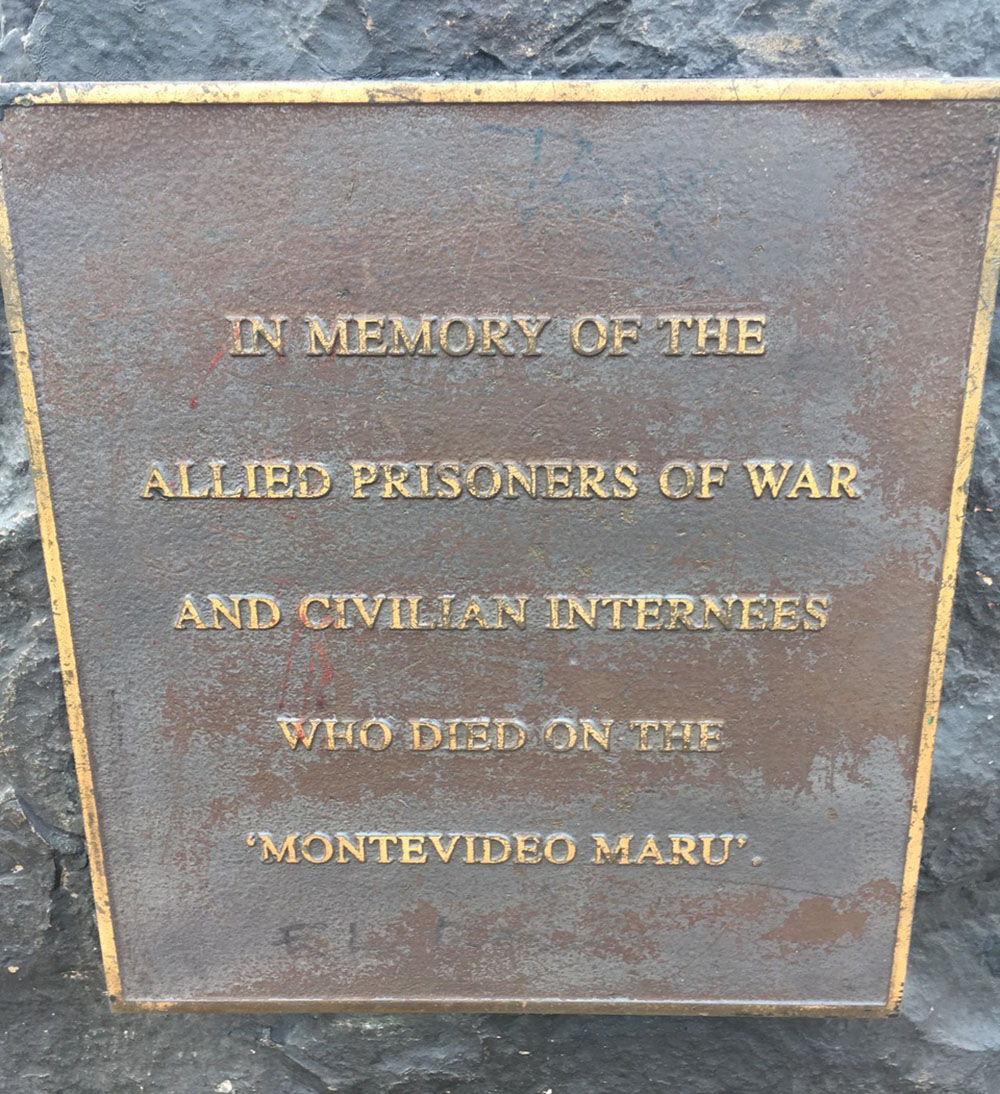 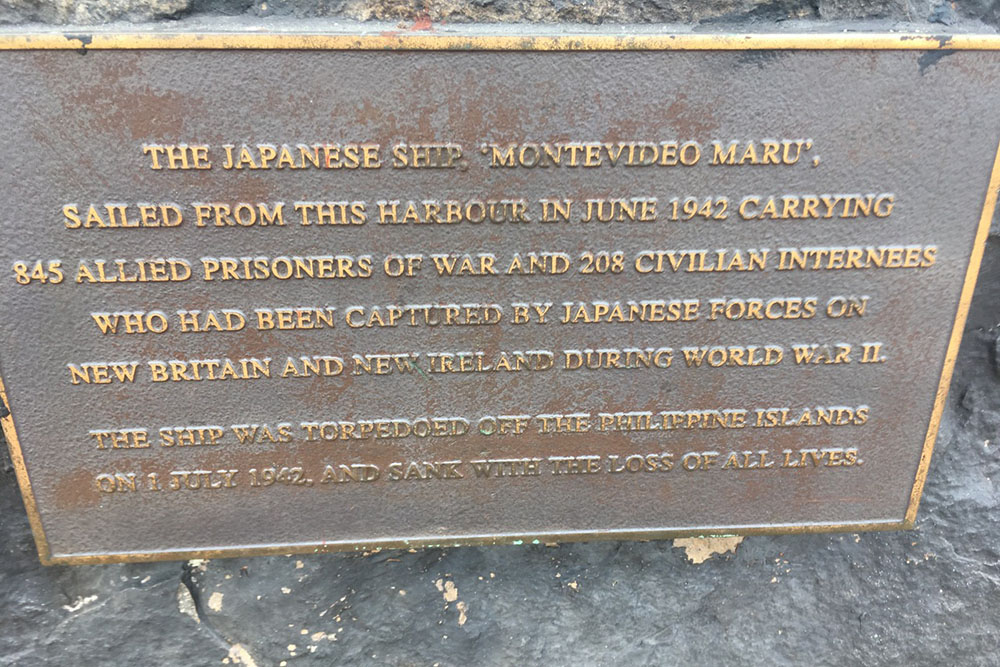 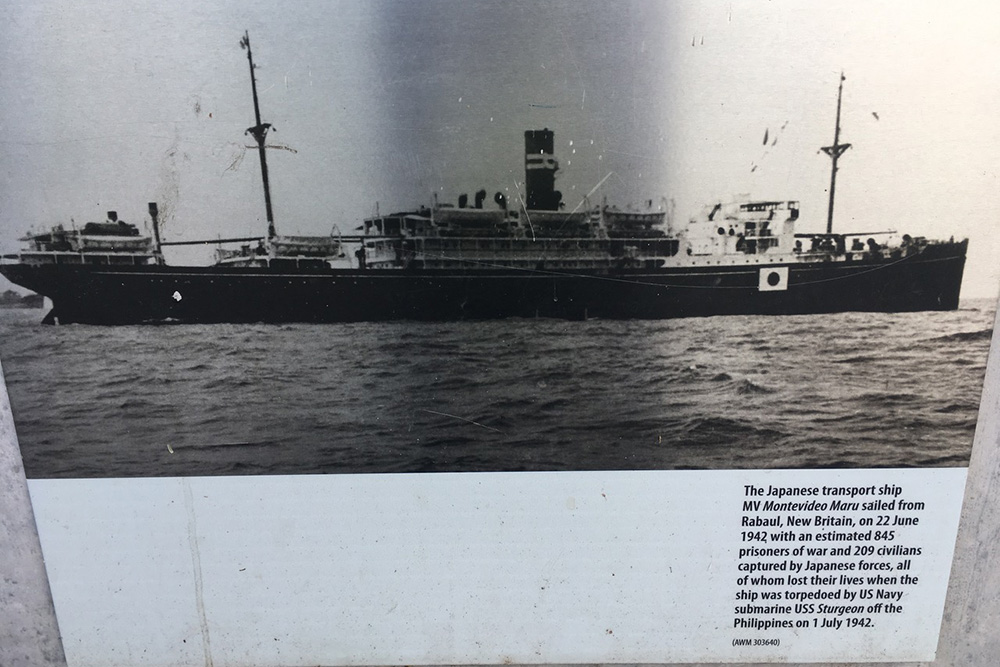 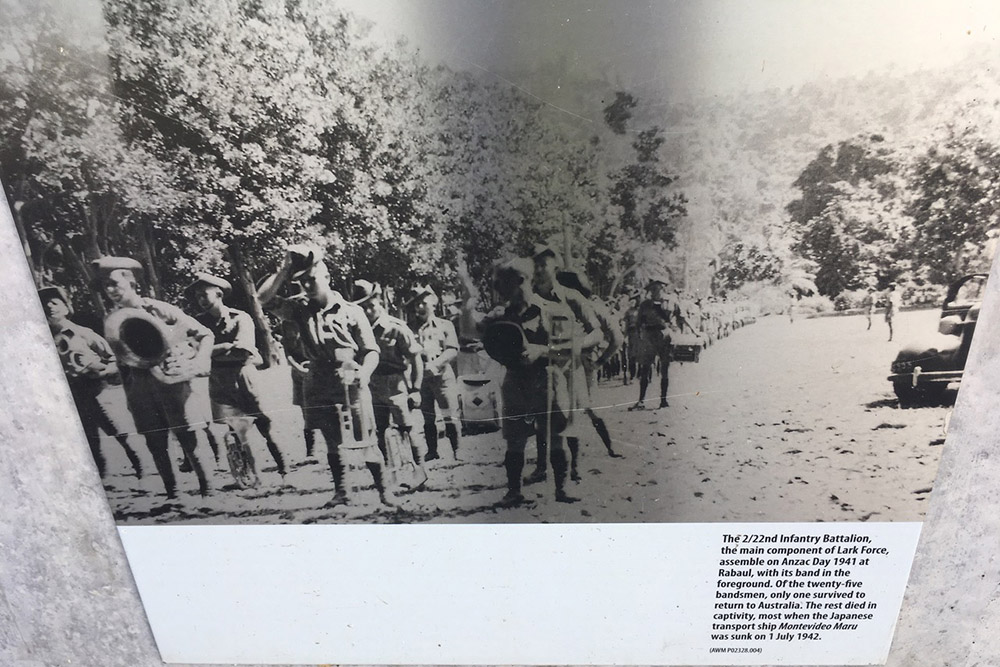 Near the waterfront in what was once downtown Rabaul (before the 1994 volcano eruption) sits a stone memorial to the victims of the "Montevideo Maru", a Japanese prison ship that was sunk off the Philippines, killing some 1054 Australian soldiers and residents of Rabaul.

It marks the location where the ship was loaded with its prisoners-of-war cargo.

The sinking of the "Montevideo Maru" was the worst maritime disaster in Australian history.

What made the tragedy all the more shocking is that an American submarine was responsible for the sinking. The commander of the USS Sturgeon, however, said later he had no idea that the "Montevideo Maru" (otherwise an ordinary Japanese ship) was packed with the members of the Lark Force, which surrendered when Rabaul was overrun in February 1942.

Nearly all the museums and war memorials around Rabaul and Kokopo make mention of the "Montevideo Maru" and its sinking, an indication that the event remains raw in the history of New Britain.

Among the controversies that the sinking has spawned is the theory, unproven at this point, that not all the members of the Lark Force were killed at sea and that some who survived the torpedo attack later died in Japanese prison labor camps.

Another theory is that the Japanese used the sinking of the ship, by an Allied submarine, to cover up that they had by that point already executed some members of the Lark Force during their brutal imprisonment after the surrender.

Part of the reason that emotions remain so high over the loss of the "Montevideo Maru" is that some in Australia believe that prior to the Japanese landing more could have been done, in January 1942, to reinforce the Lark Force (no more than a battalion), knowing that Rabaul would be a target of the advancing Japanese army.

And then that tragedy was compounded when the Japanese decided to "export" the imprisoned battalion, and the leading citizens of colonial Rabaul, to its constellation of prison labor campsonly for them to die at the hands of an American submarine.

And on the grounds of the Australian War Memorial in Canberra, Australia, there is a new sculpture in commemoration of the victims of the "Montevideo Maru".