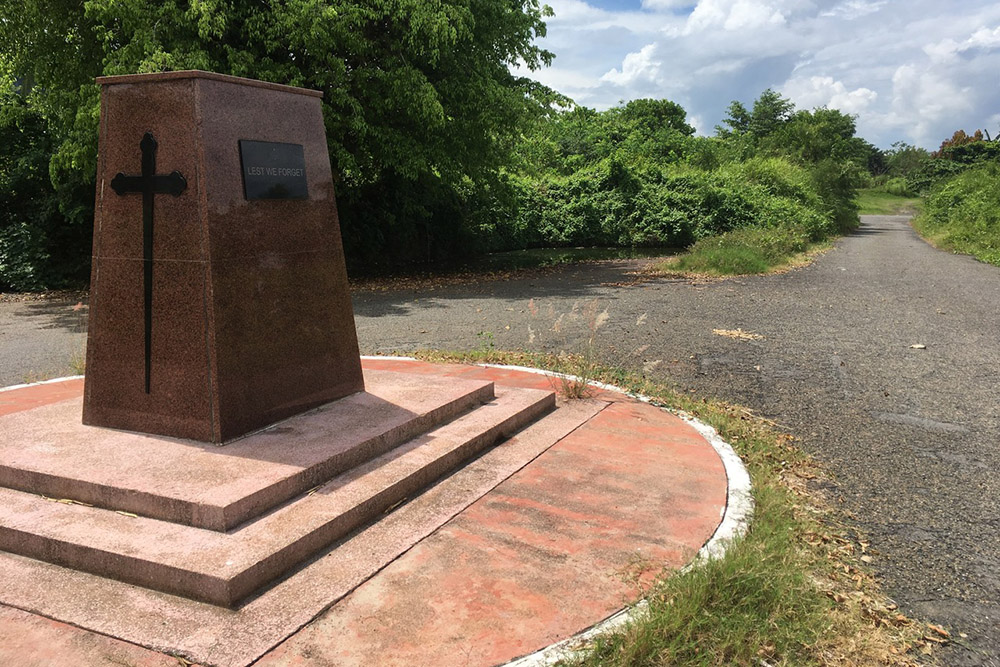 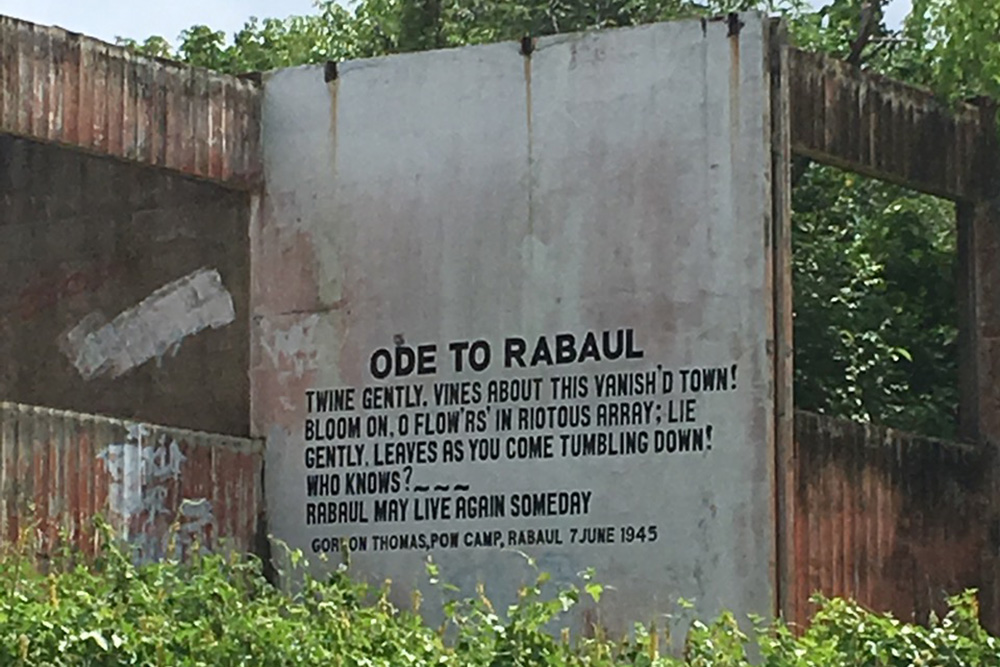 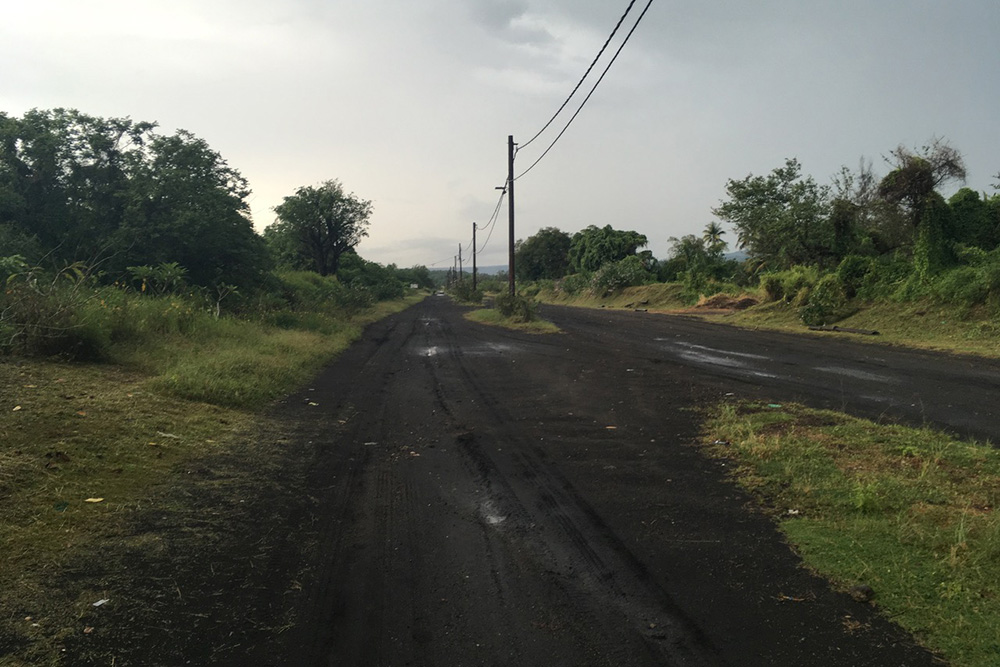 One of the stranger experiences in the Pacific is to walk among the ruins of modern-day Rabaul, covered in ash by a 1994 volcanic eruption that turned the once capital city (of New Britain Province) into a ghost town.

At the center of vanished Rabaul is the RSL Cenotaph, a World War I era monument that, each April 25th at a dawn service, draws a crowd of Australians (and other residents) to remember the contributions of their fallen soldiers to the history of Papua New Guinea.

Texts on the panels:

Now all that surrounds the Cenotaph are some bushes and the ruins of a few buildings, one of which has the poem to the suffering endured in Rabaul during the Japanese occupation (1942-45).

Ian Townsends "Line of Fire" is just one of many books that describes wartime Rabaul.

In the early days of World War I, Australia took Rabaul from the Germans, which had colonized New Guinea in the 1880s. It held New Guinea until the Japanese came in 1942.

Papua New Guinea, as a country, has been independent since 1975, but it maintains close links, financial and otherwise, with Australia.

Rabaul is popular among Japanese travelers, as its one the accessible places in the South Pacific through which thousands of Japanese sailors and soldiers passed during the war years.

Daily flights connect Port Moresby, the PNG capital, and Rabaul, about two hours flying time to the east. The ash still covering the town has the feel of dried grey snow.