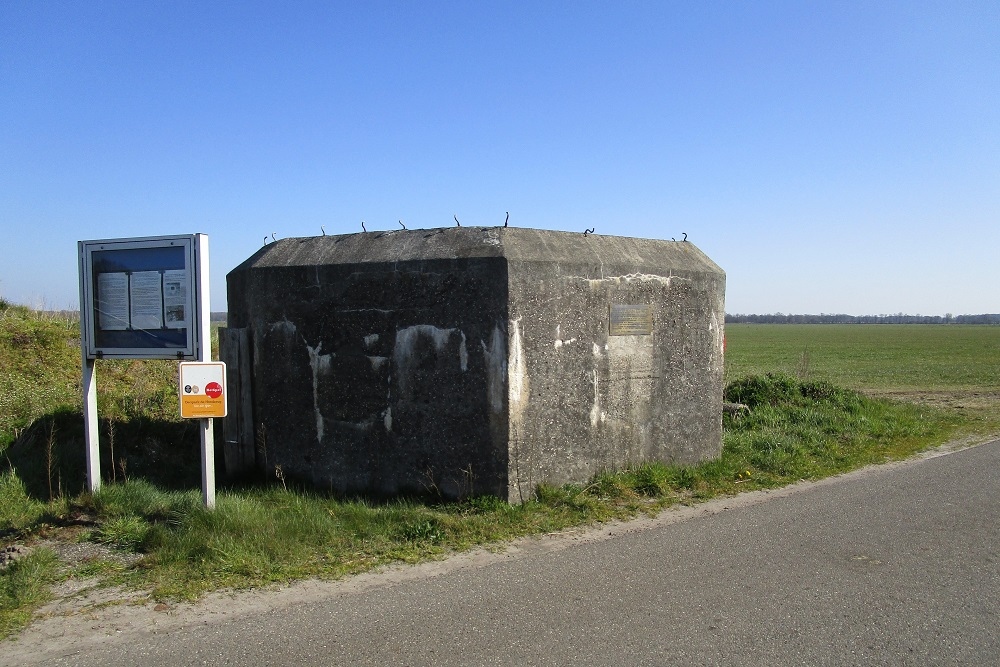 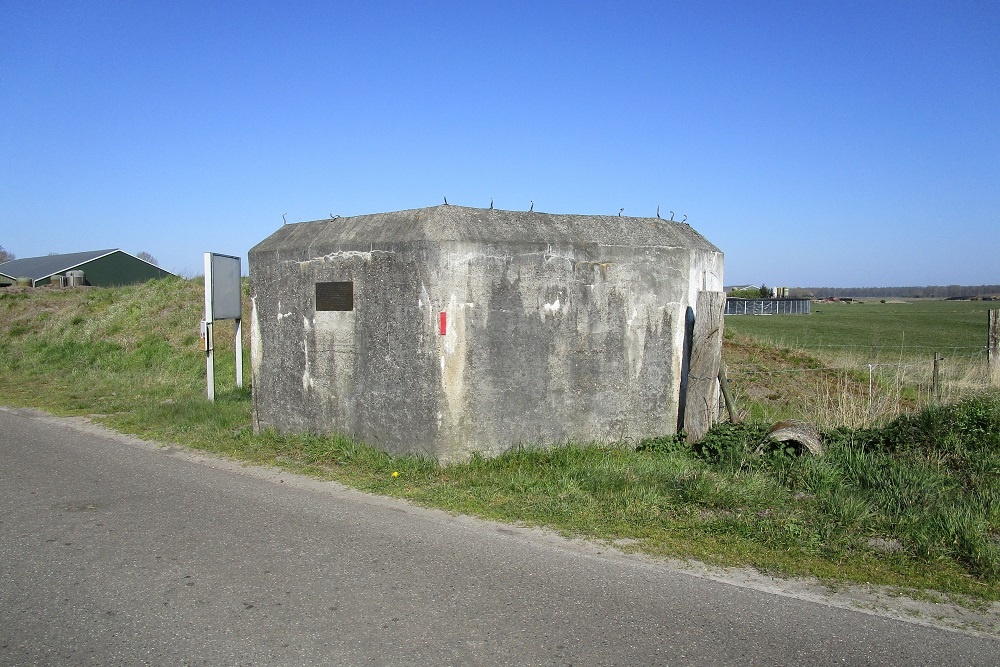 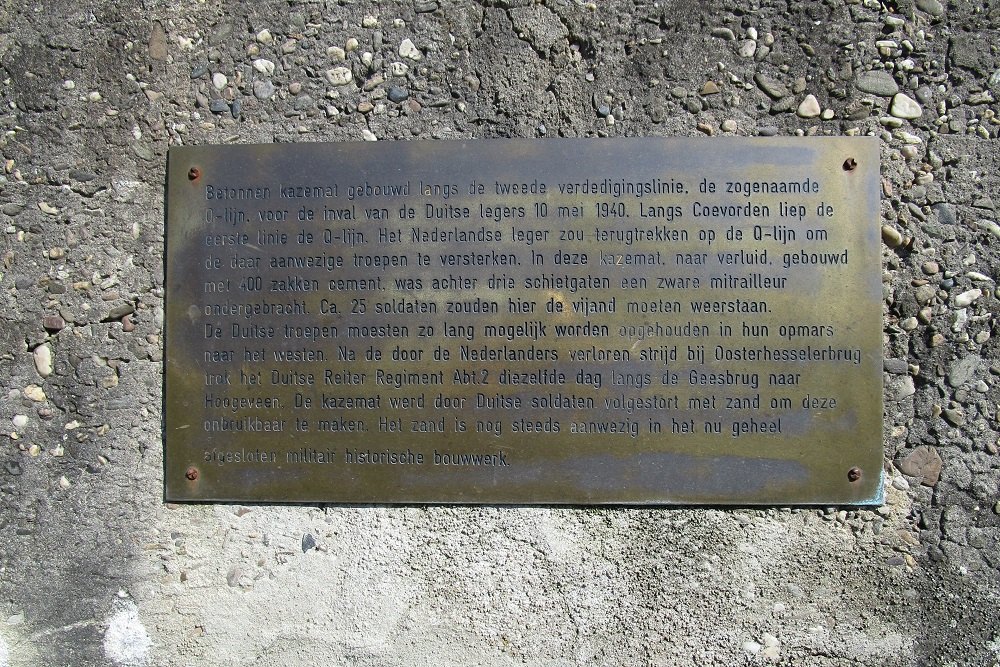 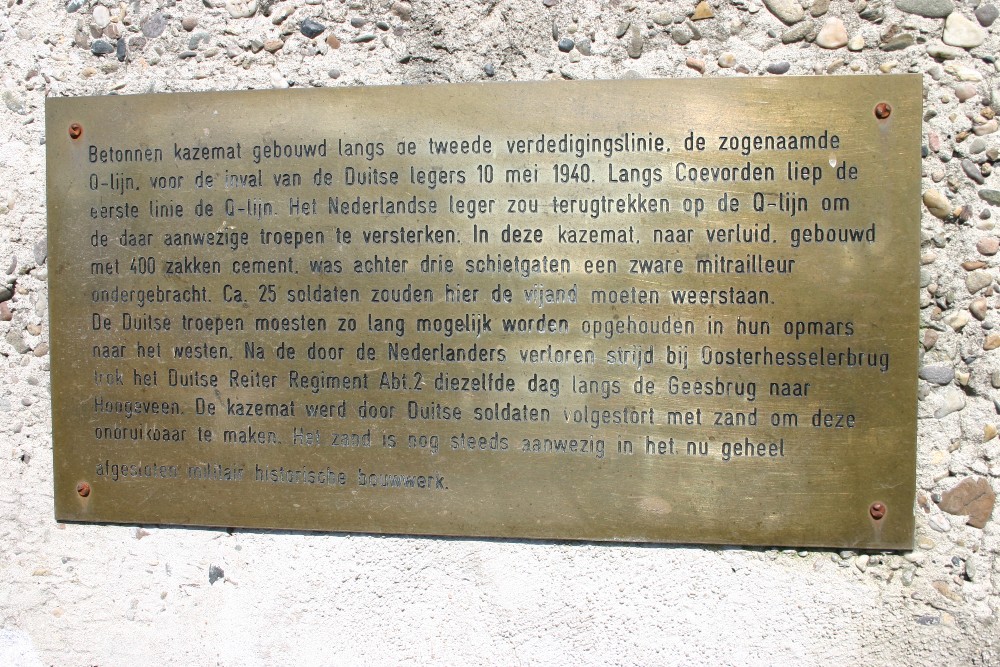 Along the Verlengde Hoogeveenschevaart in Geesbrug, this Dutch bunker can be found.
There is a plaque added to the bunker.

Dutch text on the plaque (translated to English):

Concrete bunker along the second line of defense, called the Q-line, before the invading German army May 10th 1940. Coevorden ran along the front line, the Q-line. The Dutch army would withdraw to the Q-line to reinforce troops therein. In this bunker, reportedly built with 400 sacks of cement, a heavy machine gun was placed behind three bullet holes. Approx. 25 soldiers would have to resist the enemy in this place. The German troops had to be delayed as long as possible in their march towards the west. After the Dutch lost the battle at Oosterhesselerbrug the German Reiter Regiment Abt.2 marched the same day to Geesbrug and Hoogeveen. The bunker was filled with sand by German soldiers to disable it. The sand is still present in the now completely closed military historic building.