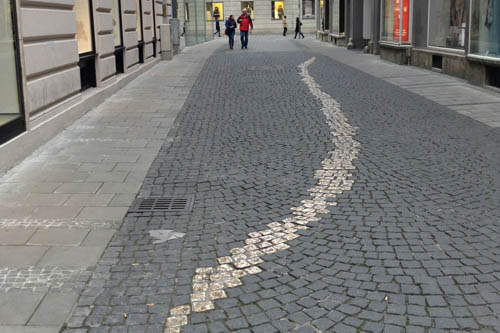 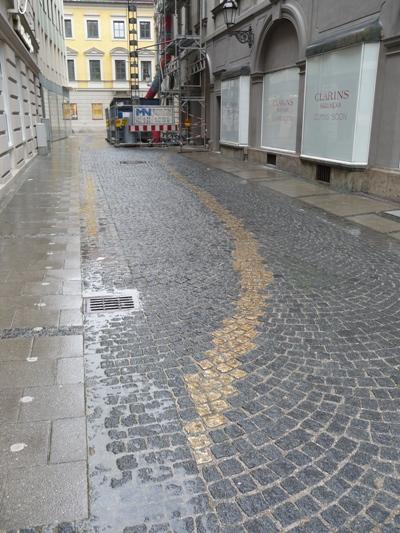 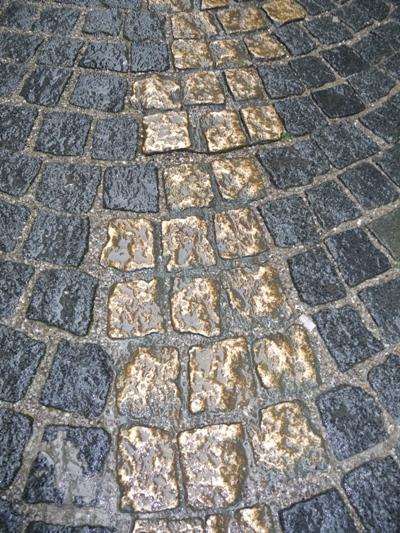 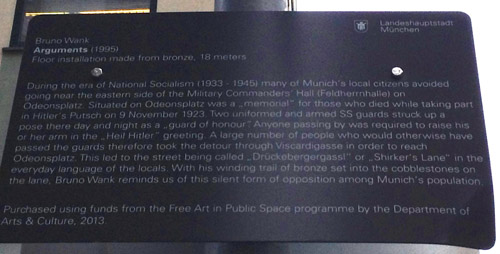 After the erection at the Feldherrnhalle in 1933 of the memorial for the Nazis who were killed in the fights of 9 November 1923, twee members of the SS continiously guarded it. All citizens who passed to memorial had to salute the memorial using the Hitler salute. To avoid this, many people used the Viscardigasse on the backside of the Feldherrnhalle. Soon, this route was known as the Drueckebergergasse (Shirkers' Alley). Nowadays the route is shown by bronze cobblestones as a memorial.