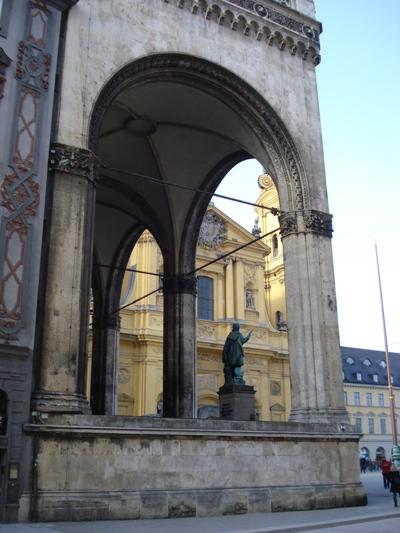 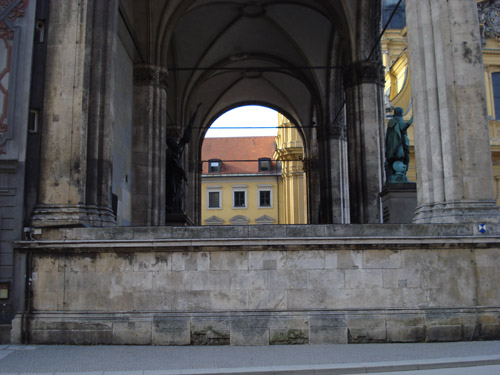 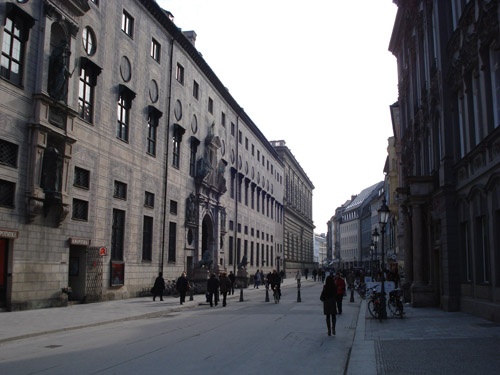 After Hitler came to power in 1933, a large memorial for the killed Nazis (with also a plaque for the policemen) was erected on this location and it was used for meny ceremonies. Two SS guards kept vigil day and night.

On 3 May 1945, the memorial was dismantled by the US Army. Later on, also the foundations have been removed.

The photo of the street shows the location where the fightings took place.