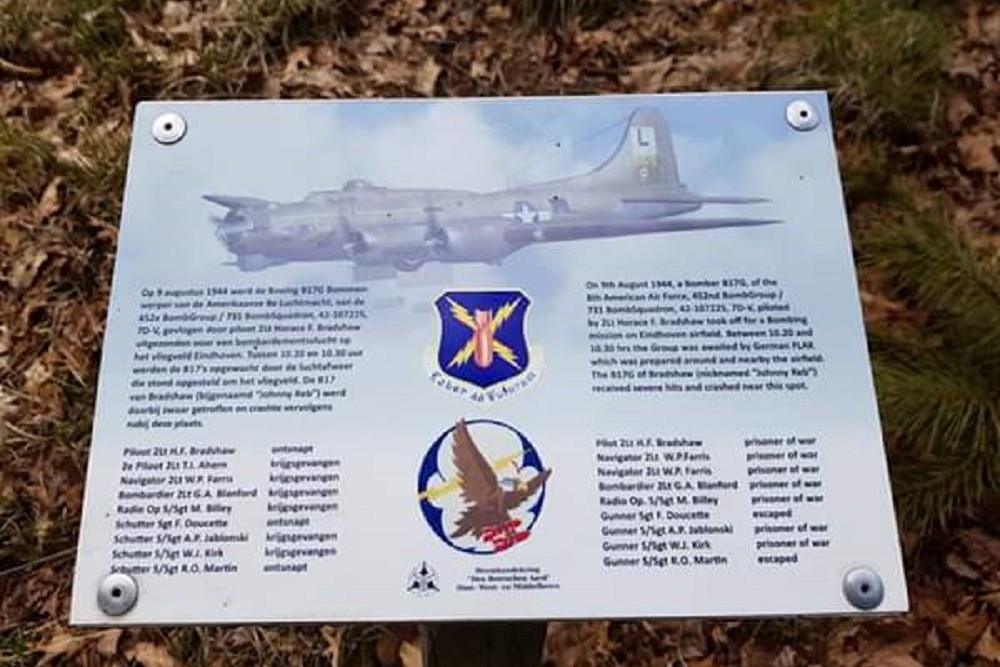 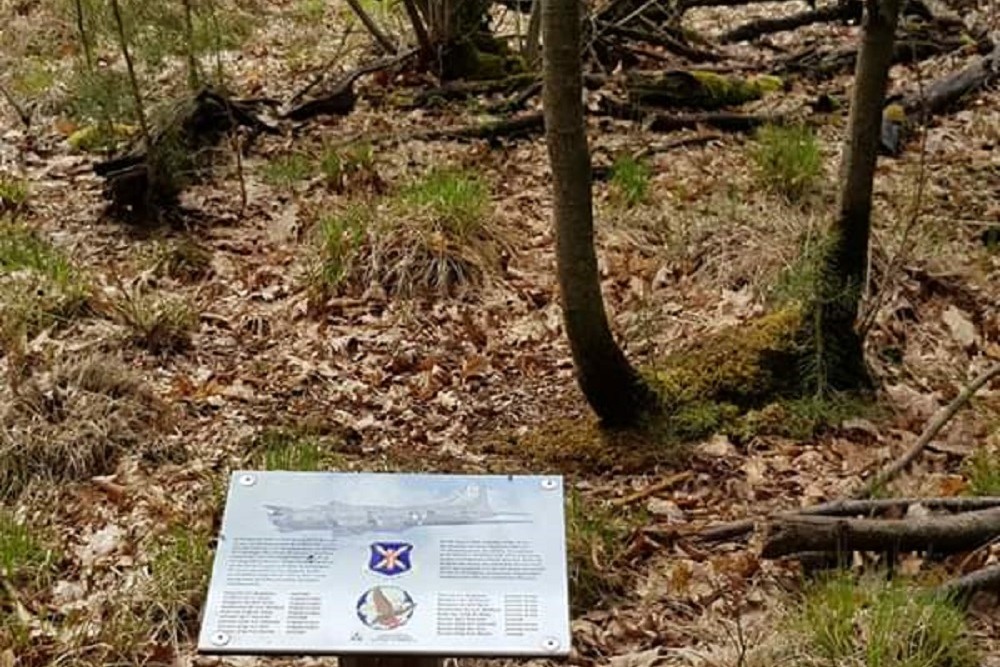 Crash site of the American B17G bomber.
This bomber, number 42-107225 and nicknamed 'Johnny Reb', had taken off from the Deopham Green airfield in Norfolk, England, along with other 452 Bomber Group bombers, for a bombing of Nuremberg. Above Oerle, the aircraft was hit by anti-aircraft guns and the crew left the aircraft by parachute. The aircraft flew unmanned until it crashed at this location.

The exact location of this sign is still missing, do you know the exact coordinates? We would love to hear it!