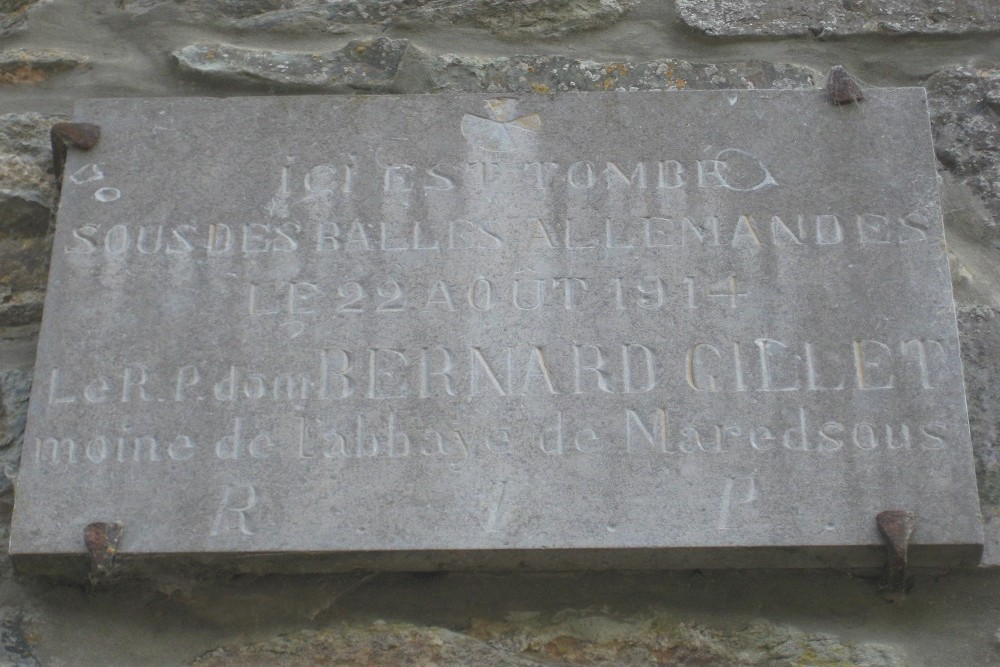 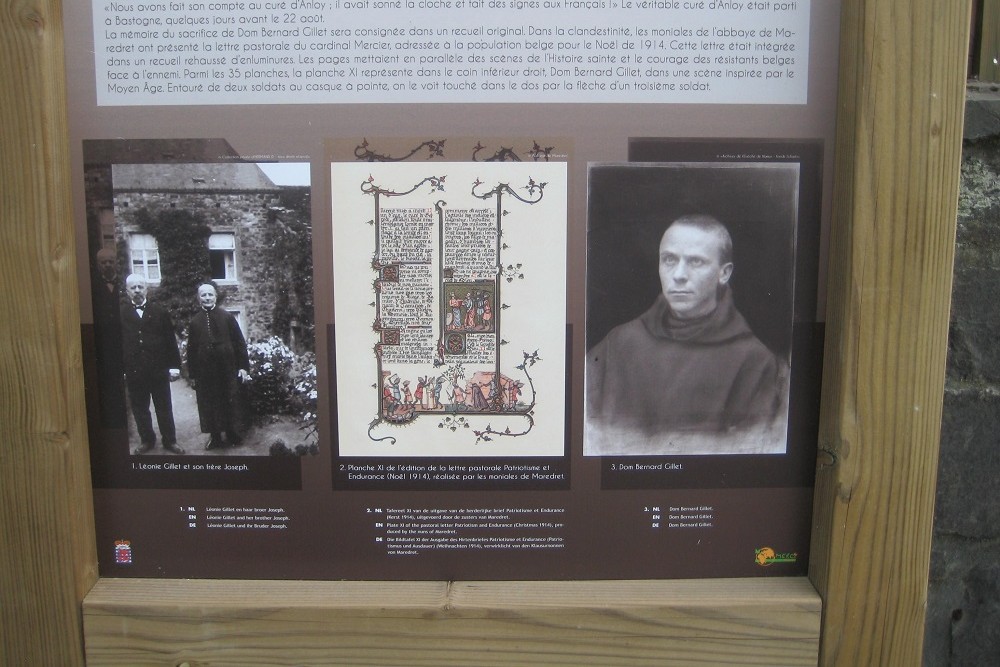 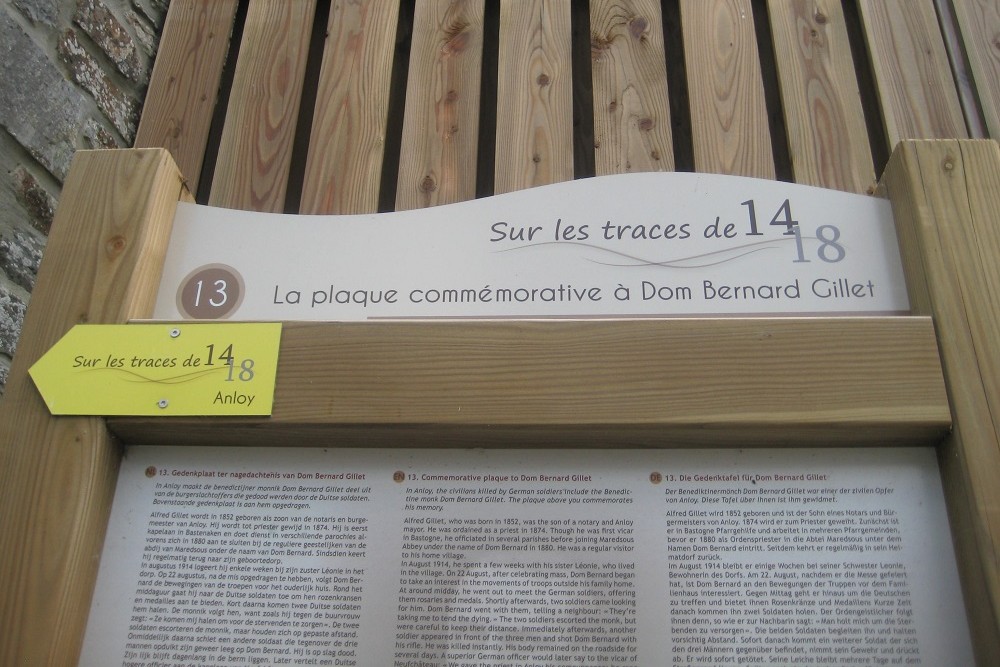 Born in 1852 as the son of the solicitor and mayor of Anloy, Alfred Gillet was ordained a priest in 1874.
He served in several parishes before joining the regular clergy of Maredsous Abbey in 1880 under the name of Dom Bernard. He regularly visits his home village.
In August 1914, he stayed for a few weeks with his sister Léonie in the village. On August 22, after celebrating Mass, he follows the movement of the troops in front of the family home.
Around noon he goes to the German soldiers to offer them rosaries and medals. Shortly afterwards two German soldiers come to get him. The monk follows them and thinks they will get him to take care of the dying. The 2 soldiers escort him at an appropriate distance. Immediately afterwards, a 3rd soldier appears and shoots his rifle at Dom Bernard. He died instantly, his body lay on the roadside for days ...