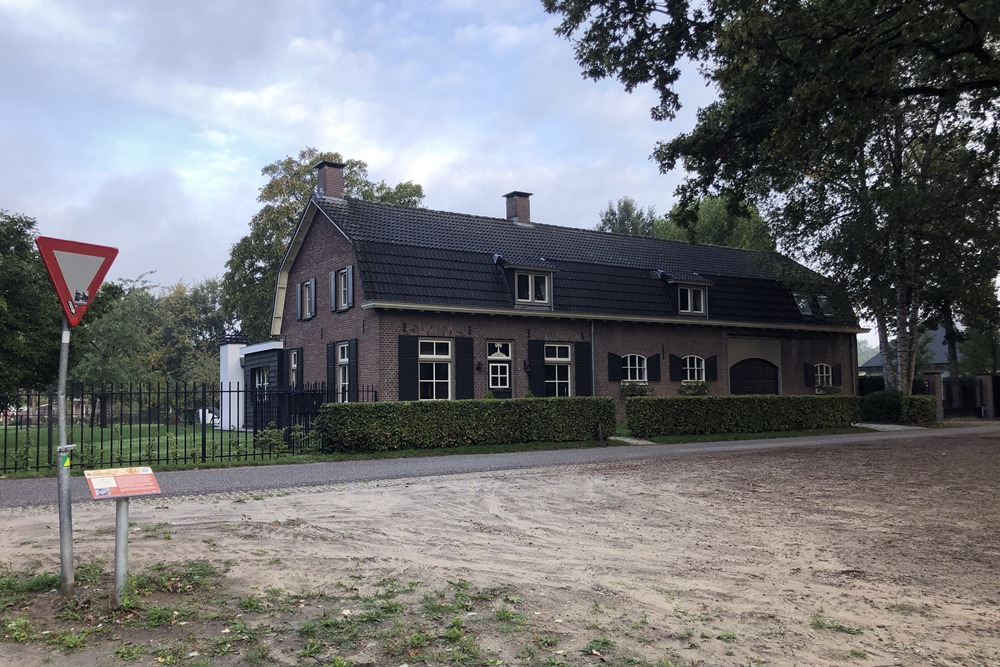 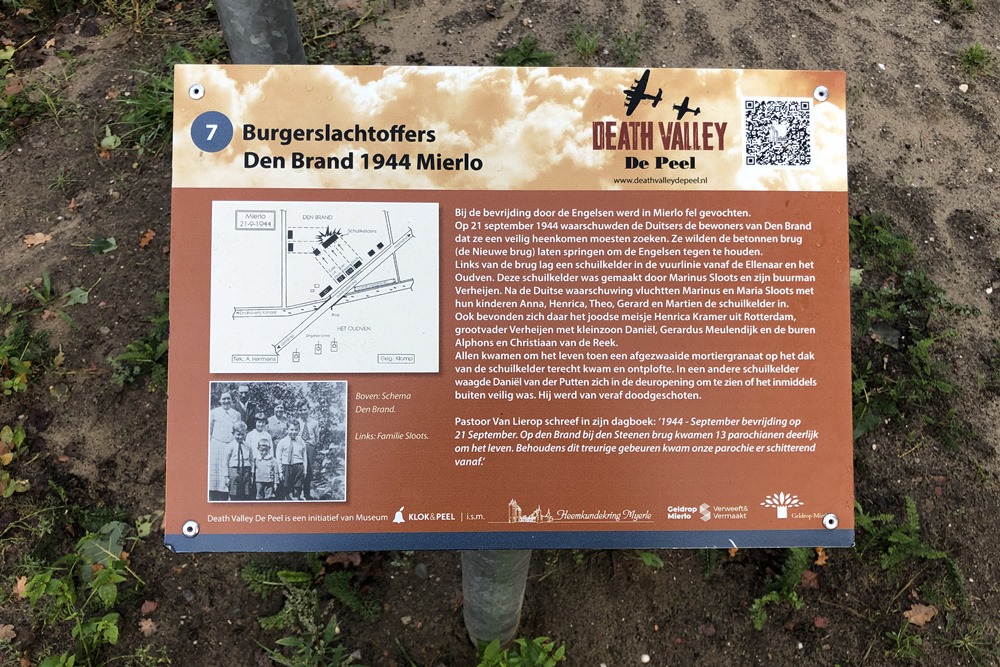 During the liberation by the English there was fierce fighting in Mierlo. On September 21, 1944, the Germans warned the residents of Den Brand that they had to find a safe haven. They wanted to make the concrete bridge (the New Bridge) burst to stop the English. To the left of the bridge was an air-raid shelter in the line of fire from the Ellenaar and the Oudven. This air-raid shelter was made by Marinus Sloots and his neighbor Verheijen. After the German warning, Marinus and Maria Sloots fled with their children Anna, Henrica, Theo, Gerard and Martien into the shelter. Also there were the Jewish girl Henrica Kramer from Rotterdam, grandfather Verheijen with grandson Daniël, Gerardus Meulendijk and the neighbors Alphons and Christiaan van de Reek.

All were killed when a fired mortar shell hit the roof of the shelter and exploded. In another shelter, Daniël van der Putten ventured into the doorway to see if it was now safe outside. He was shot from afar.

Pastor van Lierop wrote in his diary: "1944 - September, liberation on September 21. On the fire at the Steenenbrug, 13 parishioners died badly. Except for this sad event, our parish got off brilliantly."