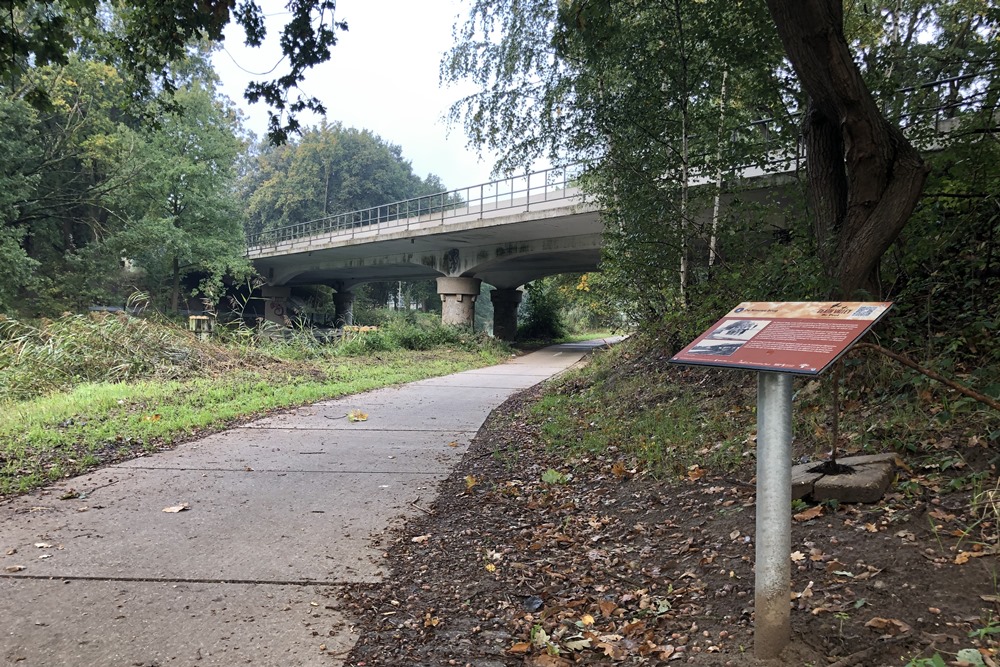 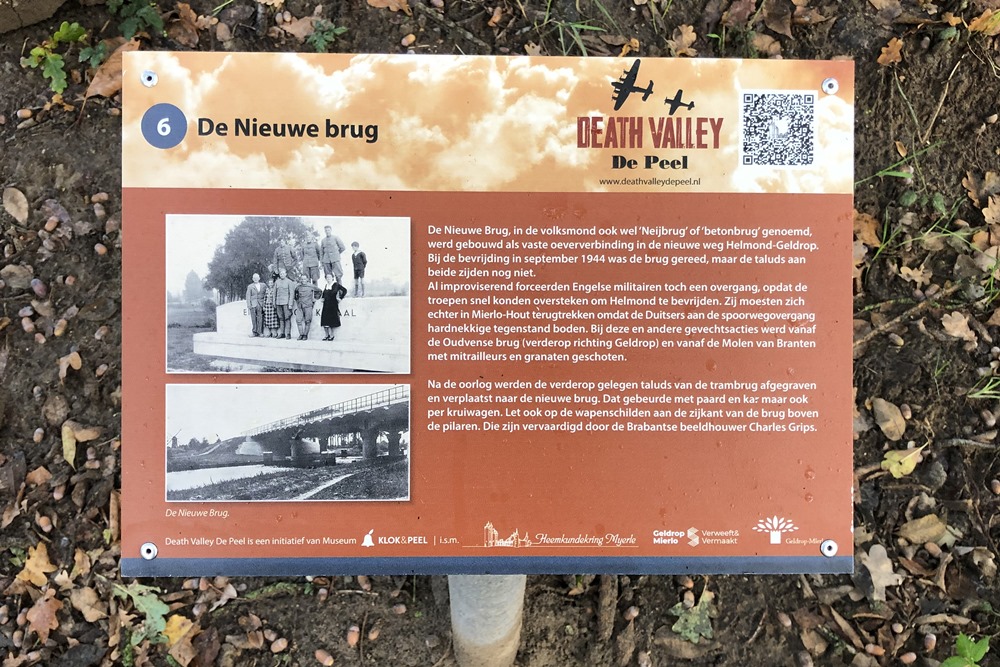 The Nieuwe Brug, popularly known as 'Neijebrug' or 'concrete bridge', was built as a permanent cross-river connection in the new Helmond-Geldrop road. The bridge was completed when the bridge was liberated in September 1944, but the embankments on both sides were not yet.

While improvising, English soldiers forced a transition, so that the troops could cross quickly to liberate Helmond. However, they had to withdraw to Mierlo-Hout because the Germans offered stubborn resistance at the level crossing. In these and other combat actions, machine guns and grenades were fired from the Oudvense bridge (further on in the direction of Geldrop) and from the Molen van Branten.

After the war, the embankments further away from the tram bridge were excavated and moved to the new bridge. This was done by horse and cart, but also by wheelbarrow. Also notice the coats of arms on the side of the bridge above the pillars. They were made by the Brabant sculptor Charles Grips.