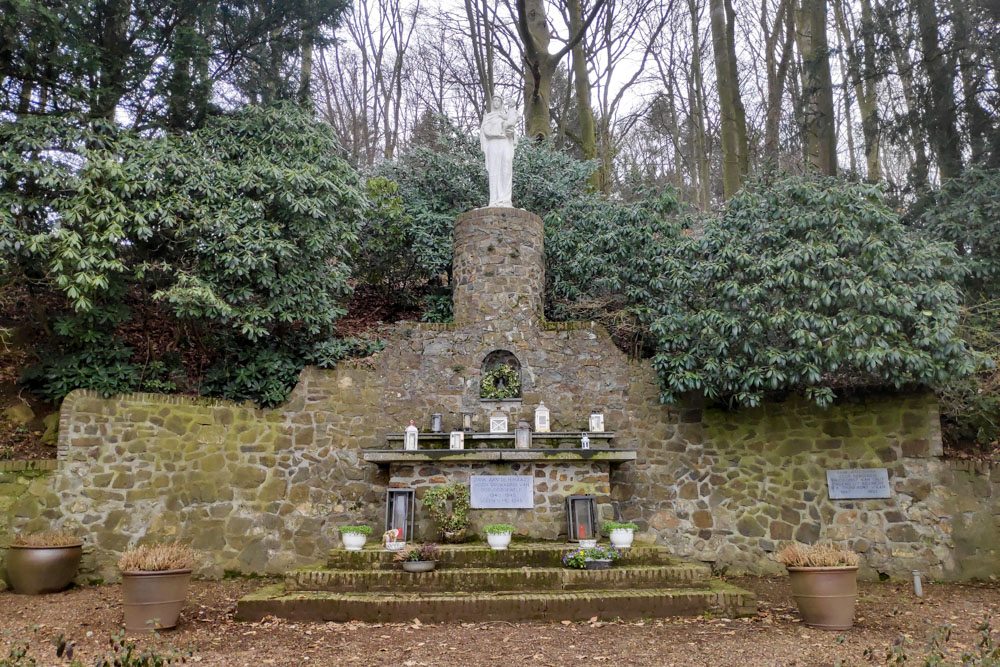 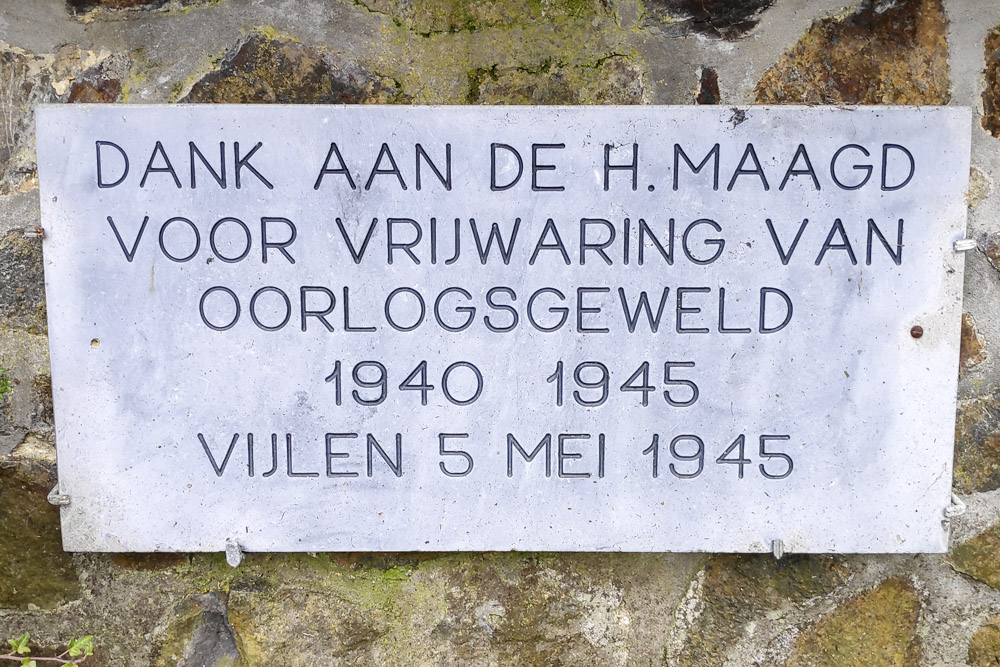 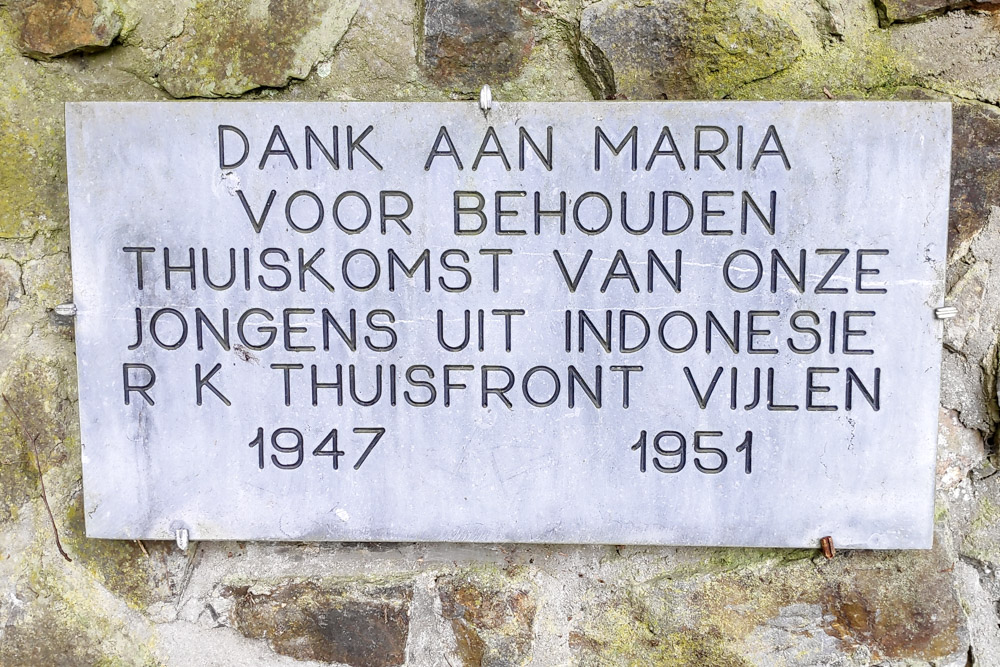 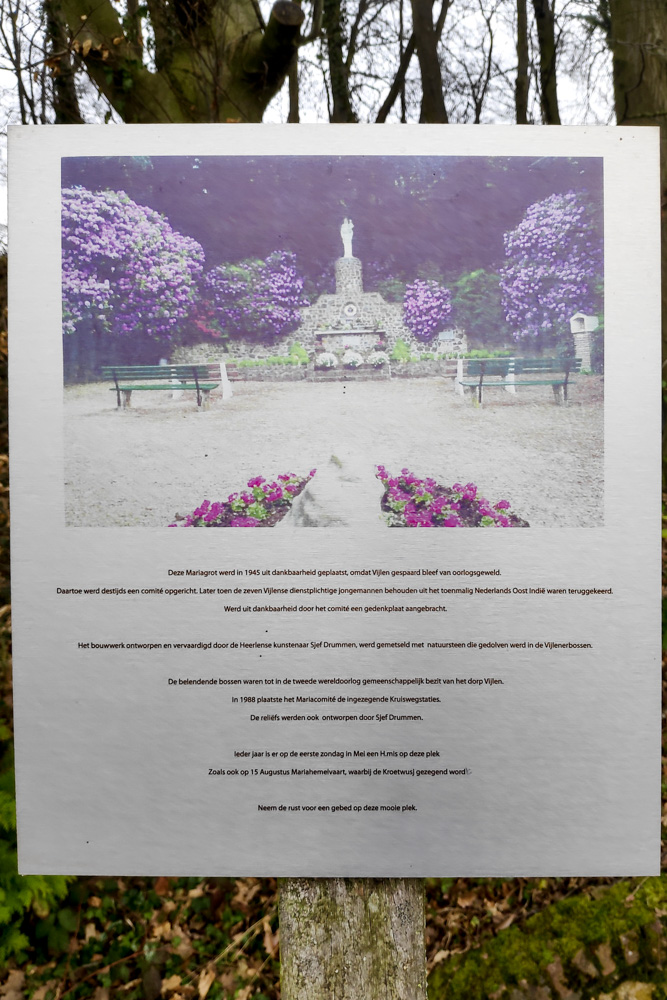 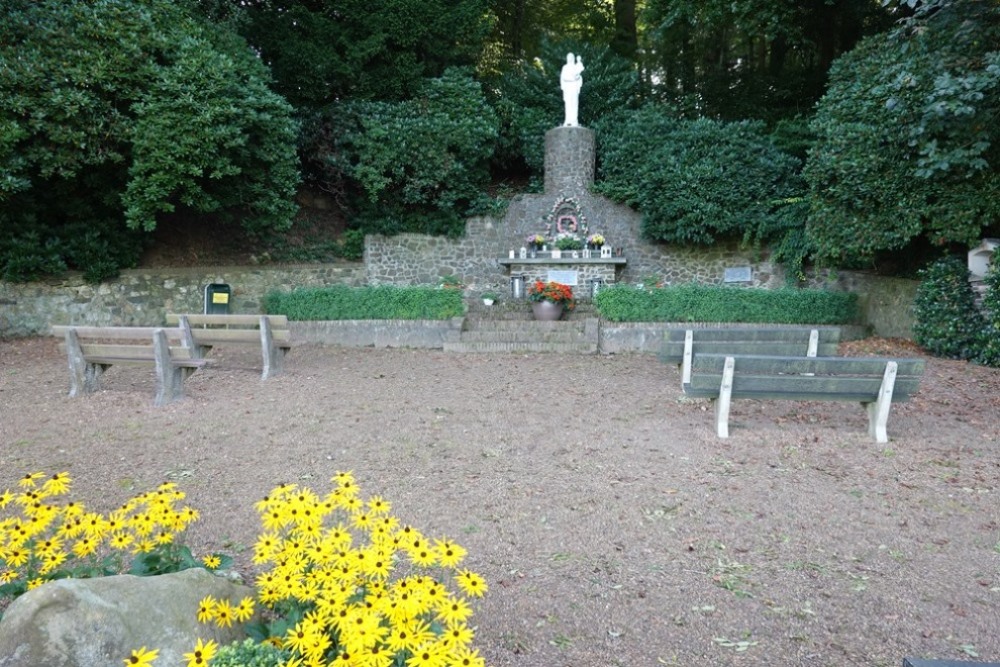 In 1945 this Maria cave was placed out of gratitude, because Vijlen was spared from war violence. At the time a committee was set up for this purpose. Later, when seven conscripted young men from Vijlen had safely returned from the then Dutch East Indies, a commemorative plaque was placed by the committee in gratitude of this fact.

The building, designed and constructed by the Heerlen artist Sjef Drummen, was built with natural stone that was mined in the Vijlener woods.

The neighbouring woods were common property of the village of Vijlen until World War II.
In 1988 the Maria Committee installed the Blessed Stations of the Cross.
The reliefs were also designed by Sjef Drummen.

Every year on the first Sunday of May there is a Mass at this place.
As on August 15 Maria Ascension Day, during which the Kroetwusj is blessed.

Take time for a prayer at this beautiful spot.