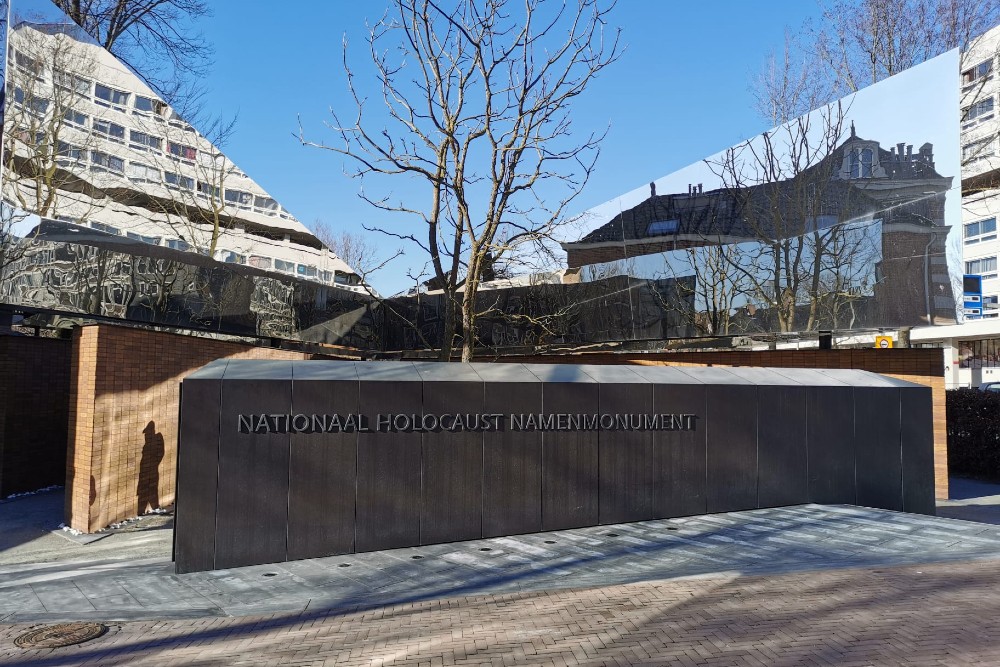 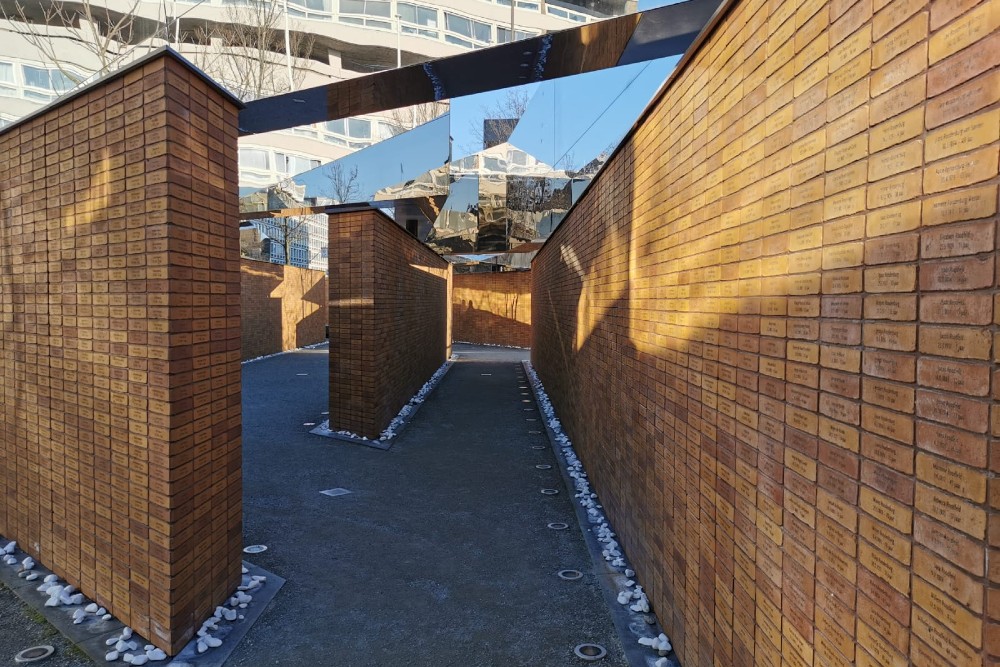 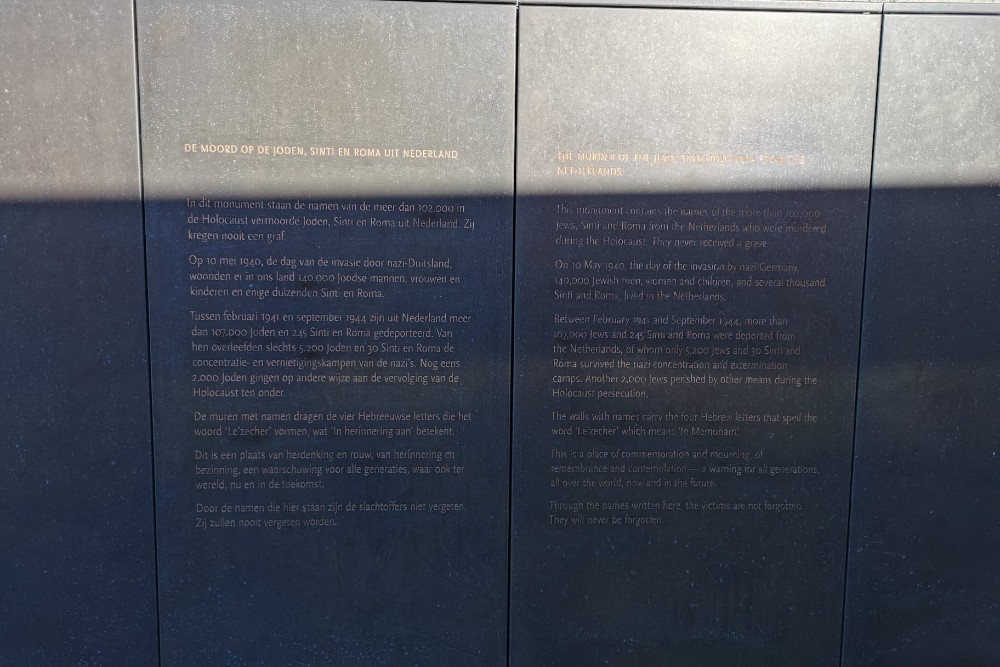 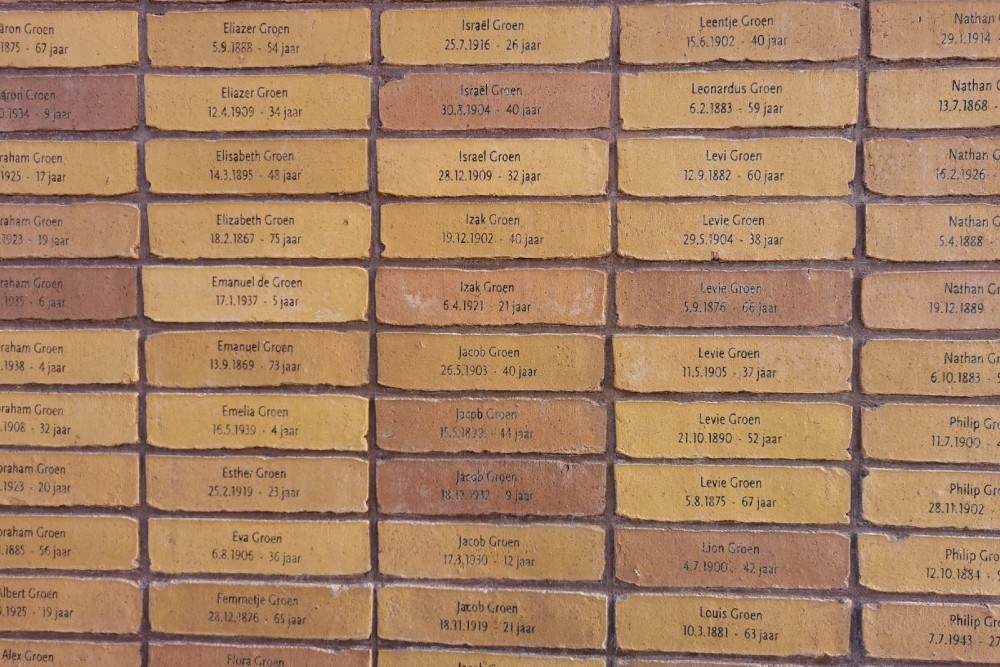 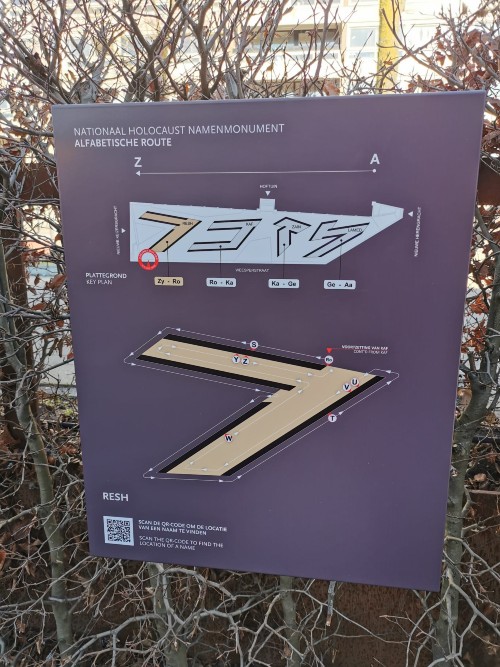 Inaugurated on 19 September 2021, this monument commemorates the more than 102,000 Dutch victims of the Holocaust. Besides Jewish victims, 220 Roma and Sinti who died as a result of Nazi persecution are also commemorated. In addition to the Jews who were deported and murdered from out of the Netherlands, the monument also commemorates the Dutch Jews who lived abroad and were killed by the Nazis.

The monument consists of walls built from bricks with on it the names of all the victims of which most dont have their own grave. The names can be adopted for financial support of the monument. It is the only monument in the Netherlands where each victim is mentioned separately.

The monument was designed by the Polish-American architect Daniel Libeskind. He was born in 1946 as the son of Holocaust survivors. In 1964, he emigrated to the United States, where he became a successful architect. Among other things, he was the designer of the redevelopment of the area in Lower Manhattan in New York that was destroyed during the terrorist attacks of 11 September 2001. The initiator for the Netherlands Holocaust Name Monument was the Dutch Auschwitz Committee under the chairmanship of Jacques Grishaver.

The Weesperstraat, on which the monument was built, was almost entirely inhabited by Jews prior to the Second World War. Various other locations related to Jewish history and the Holocaust are located nearby, including the Auschwitz Memorial, the Jewish Historical Museum and the Hollandsche Schouwburg.