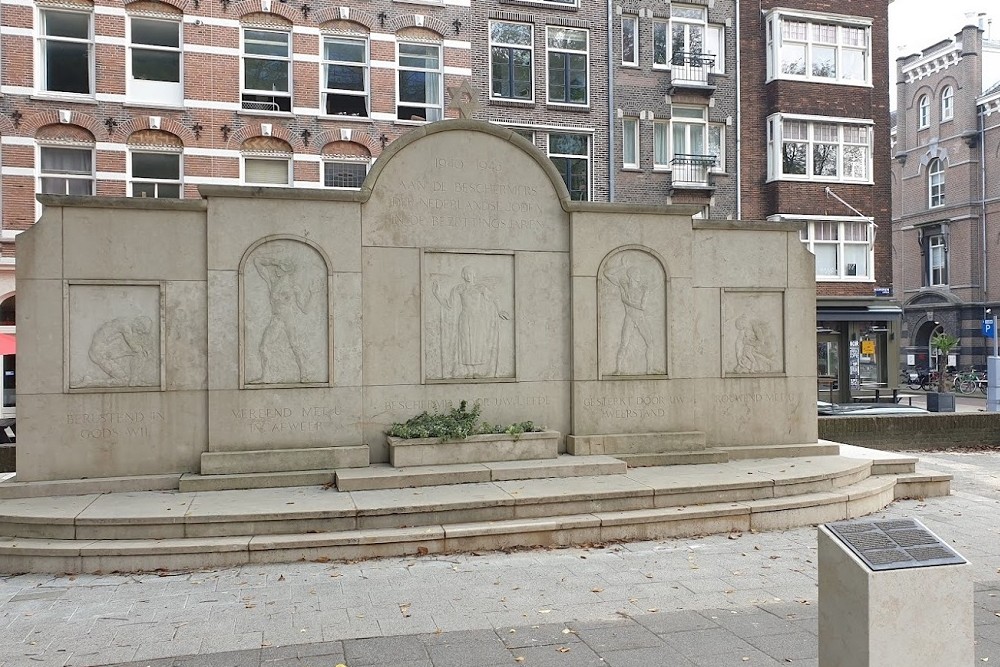 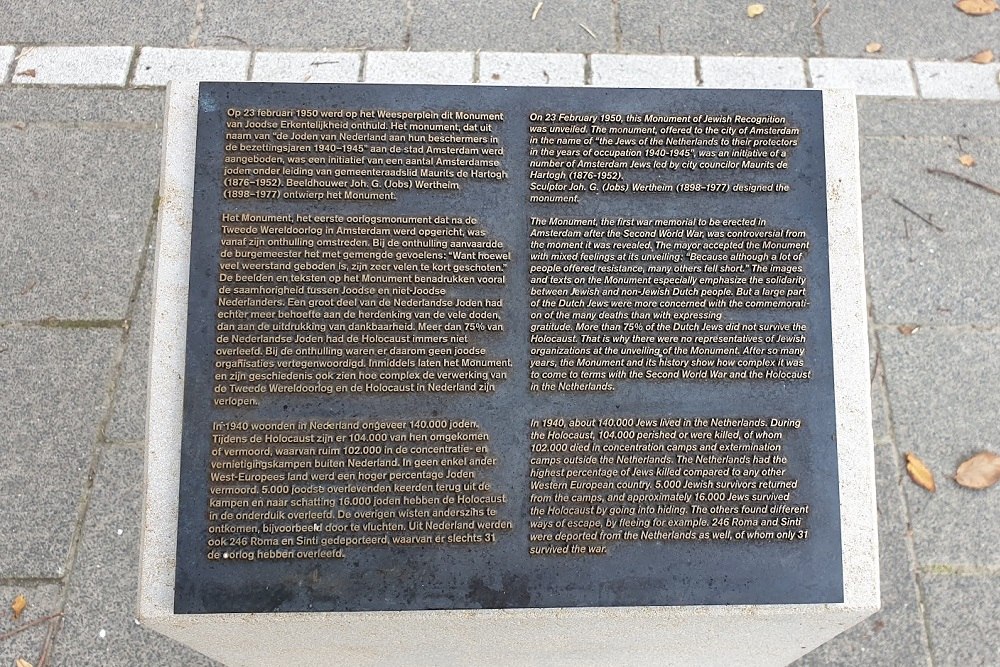 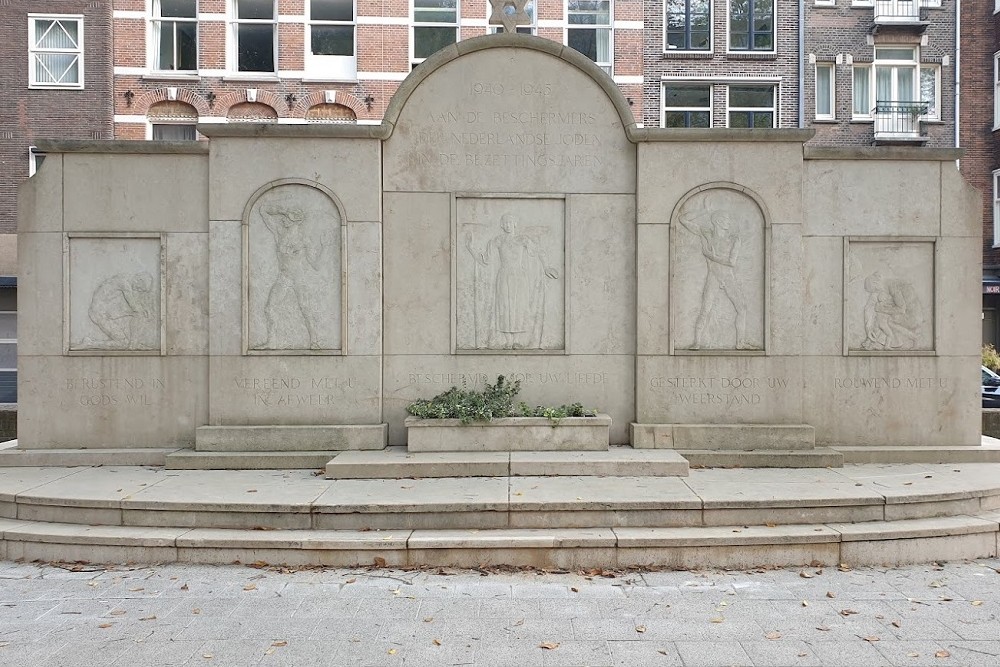 The reason for the erection of the monument should also be a reminder of the active and passive collaboration as a result of which the vast majority of Amsterdam Jews did not survive the war.

The monument was designed by the Jewish sculptor Jobs Wertheim. The image consists of five panels with the following texts/images:

Resigned to God's Will (Resignation)
Unite with you in defense (defence)
Protected by your love (protection)
Strengthened by your resistance (resistance)
Mourning with you (mourning)
The central panel depicts a woman with the text above it: 1940  1945 To the protectors of Dutch Jews in the years of occupation. On top of the monument is a Star of David.

The monument would not have been placed in the name of all Jews.