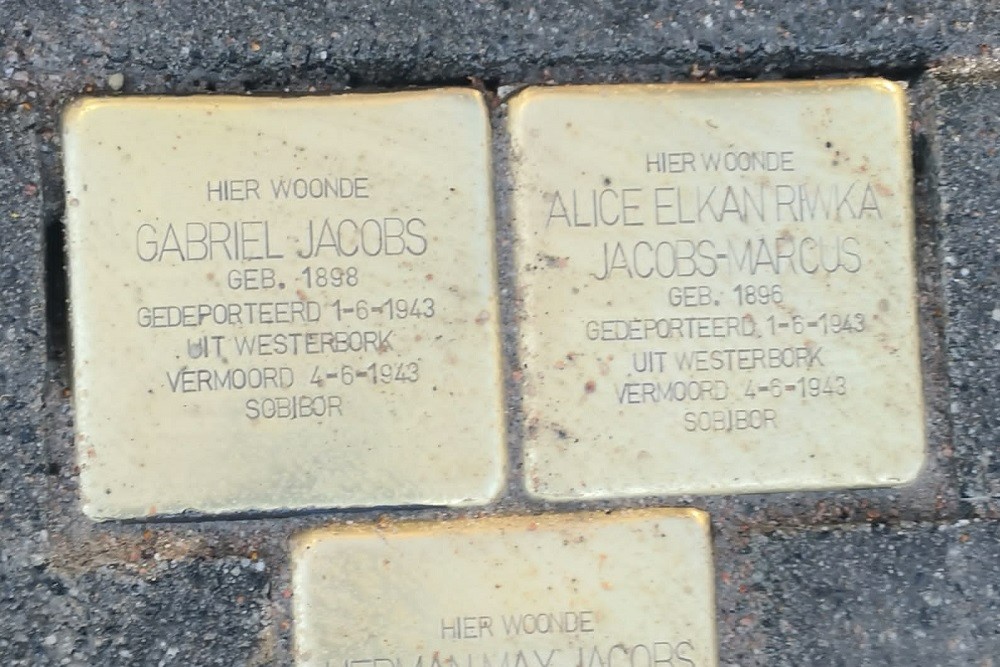 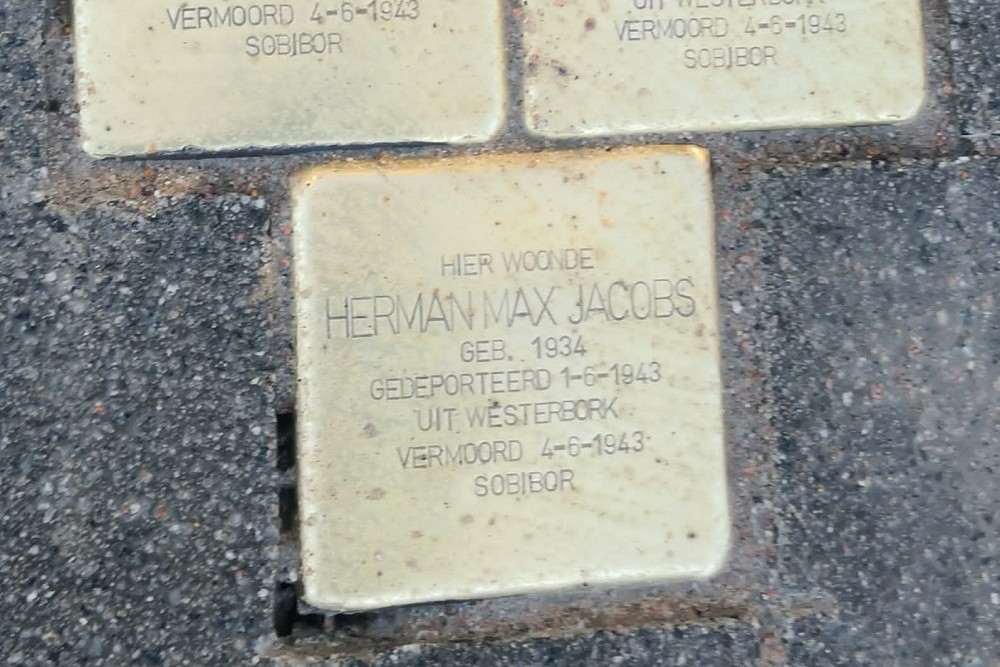 On March 3, 2022, a stumbling block was laid here for Gabriel Jacobs, his wife Alice Elkan Riwka Jacobs-Marcus and their son Herman Max. Gabriel Jacobs was a religious educator and secretary of the Ned. Israelite Congregation in Haarlem in the Municipal Building in the Lange Wijngaardstraat, secretary of the Joles Hospital, assistant cantor, ritual slaughterer, leader of the youth synagogue and caretaker for the dead.
His wife Alice Elkan Riwka was also active in the Haarlem Jewish community as a security guard at the church bath. As such, she took care of the ritual baths in the Community House in Lange Wijngaardstraat. She was an office clerk by profession.
Their son Herman Max is only 8 years old. The couple's other two children survived the war.