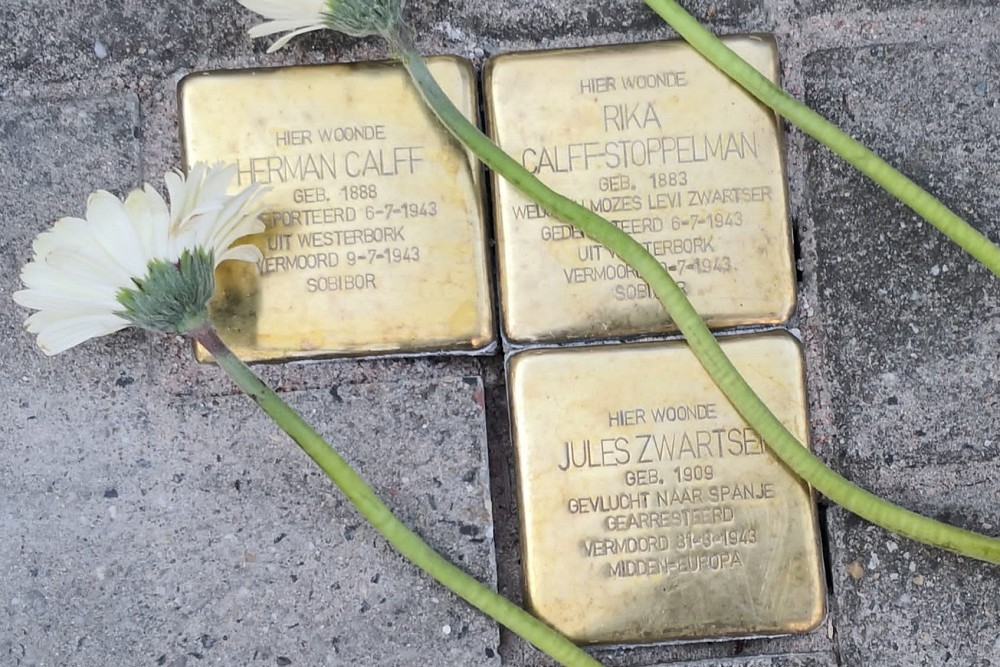 On March 3, 2022, stumbling blocks were laid here for Herman Calff, his wife Rika Calff-Stoppelman and Jules Zwartser, the son of Rika Calff-Stoppelman from her previous marriage.
Hermann Calff was head of the Advertising Acquisitions department and advertising advisor at Algemeen Handelsblad. He held various positions at the Ned. Israelite Congregation in Haarlem: Member of the Church Council, Board member of the Joles Hospital in Haarlem and office manager of the secretariat. Herman Calff married the widow Rika Zwartser-Stoppelman in 1936. After the death of her husband Mozes Levi Zwartser in 1929, she continued the photographic articles shop at 3a Grote Houtstraat in Haarlem until it was confiscated by the Nazis. The shop was reopened after the war by son Emil, who survived the war.
Jules Zwartser was the middle son from Rika's first marriage. He was a representative/translator. During an attempt to flee to Spain, he was arrested at the French-Spanish border and put on transport.