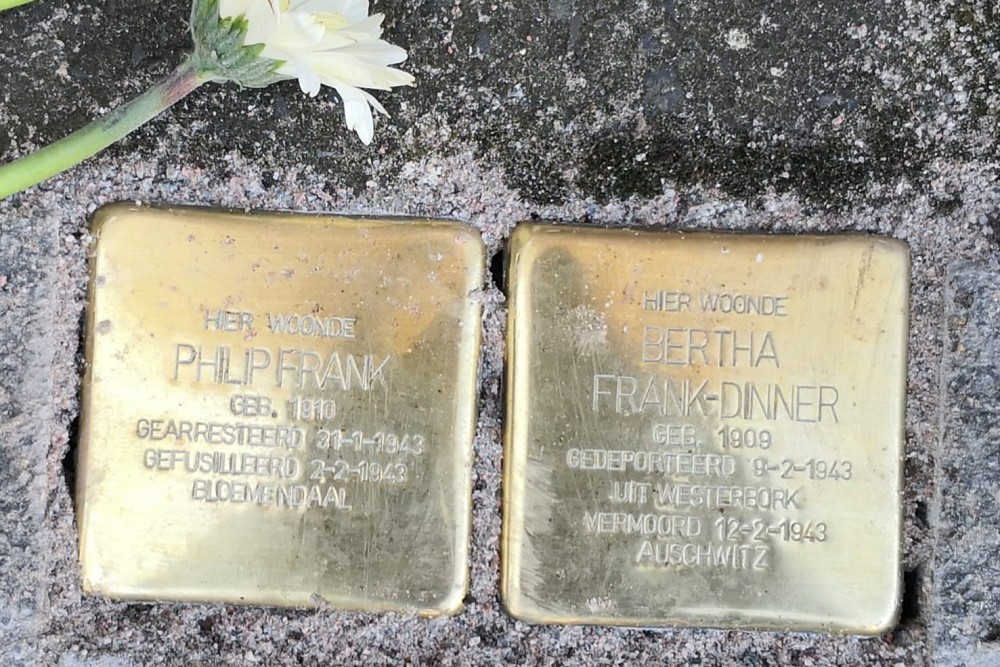 On March 3, 2022, stumbling stones were laid here for Rabbi Philip Frank and his wife Bertha Frank-Dinner. Philip Frank was appointed Chief Rabbi in North Holland in 1937, succeeding Rabbi Simon Philip de Vries, who held this office for 45 years. Philip Frank was a member of the Haarlem Jewish Council.
On January 30, 1943, an Oberwachtmeister of the German medical service was killed in an attack in Haarlem. As a reprisal, one hundred hostages in and around Haarlem were captured and transferred to Vught. Ten of them were shot in Bloemendaal. Among them was Philip Frank.
Bertha Frank-Dinner was director of the Fröbel School, teacher of the Jewish school, youth leader, member of the Dutch-Israelite Poor Board and caretaker for the dead at the Religious Institution Gemieloeth Chassadiem. After Philip Frank's arrest, his wife was also arrested and eventually deported to Auschwitz, where she was immediately murdered.