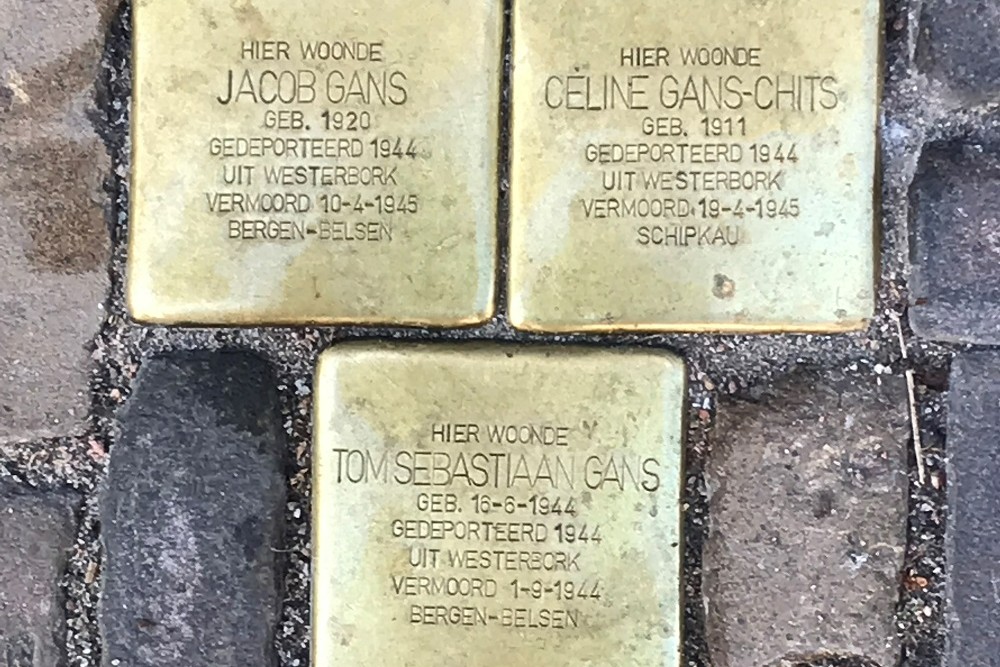 On March 3, 2022, stumbling blocks were placed here for: Nathanni Moses Zilversmit, Minna Zilversmit-Hes and Frederieka Goud-Zilversmit.
Nathanni Moses Zilversmit and his wife Minna were janitors in the Jewish Municipal Building in Haarlem, where the couple also lived. He was also a gravedigger at the Dutch-Israeli Community of Haarlem and bearer at the Religious Institution Gemieloeth Chassadiem. Minna was also a bathmaid in the Municipal Building. Their daughter Frederieka was a domestic worker and supervised the cleaning of the Municipal Building. She married David Goud in camp Westerbork, the day before their deportation to Auschwitz. Four days after their wedding, she was murdered on arrival at the camp.