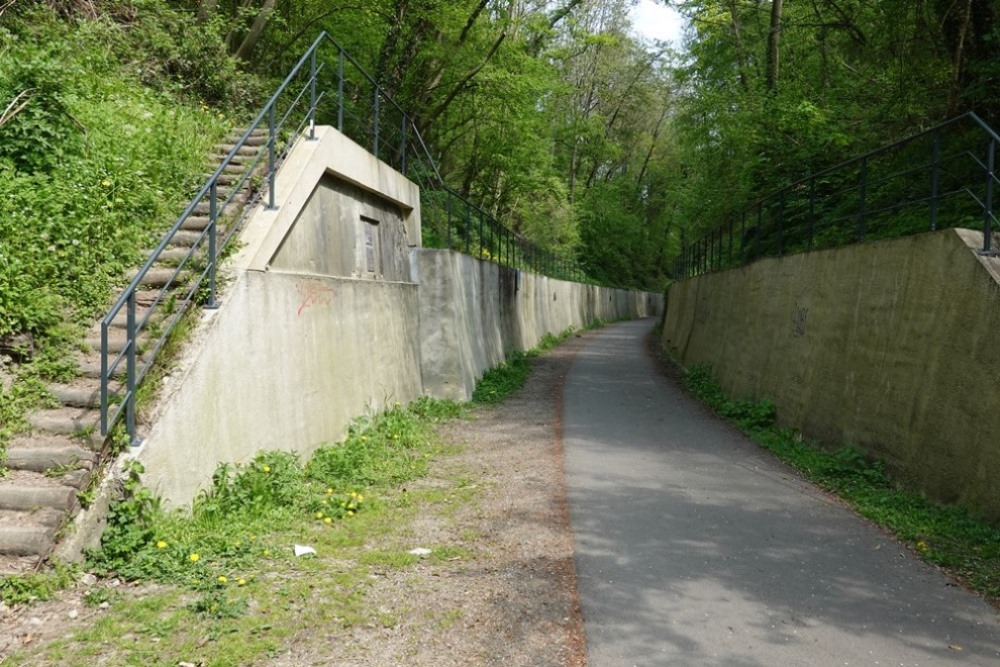 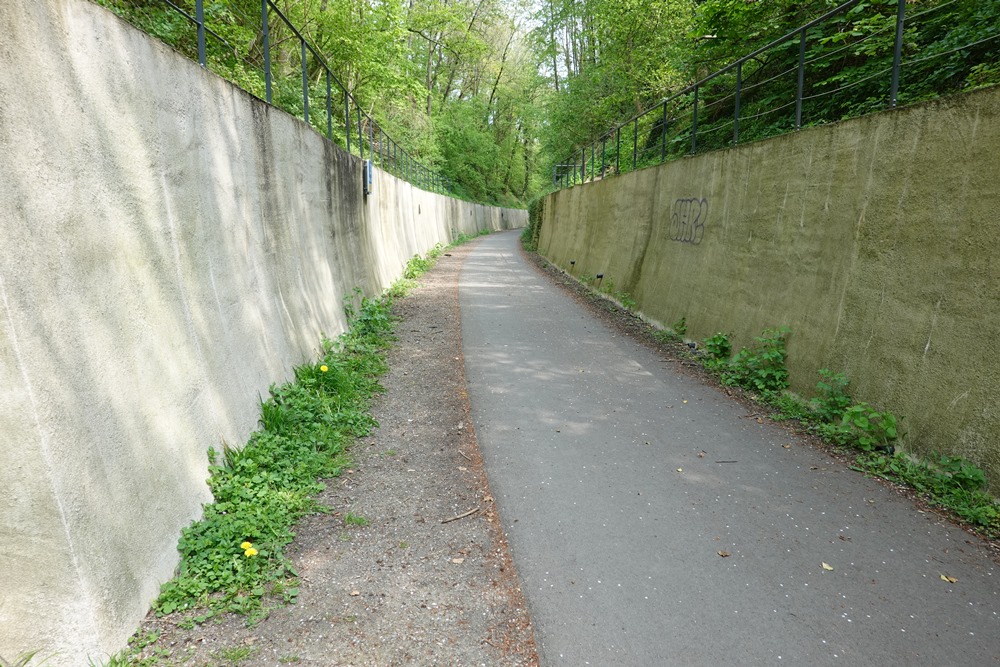 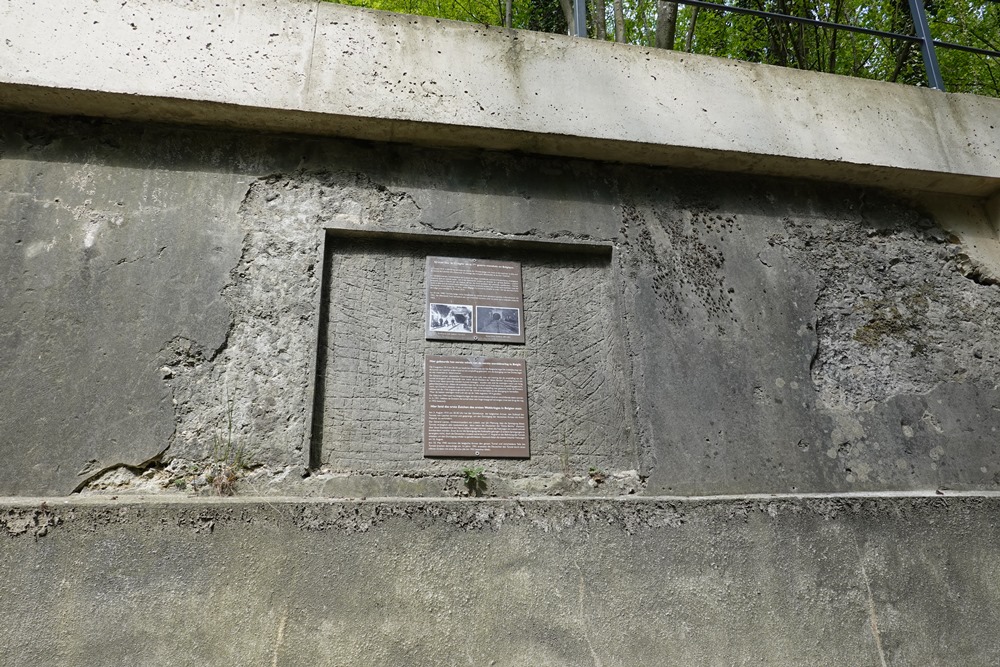 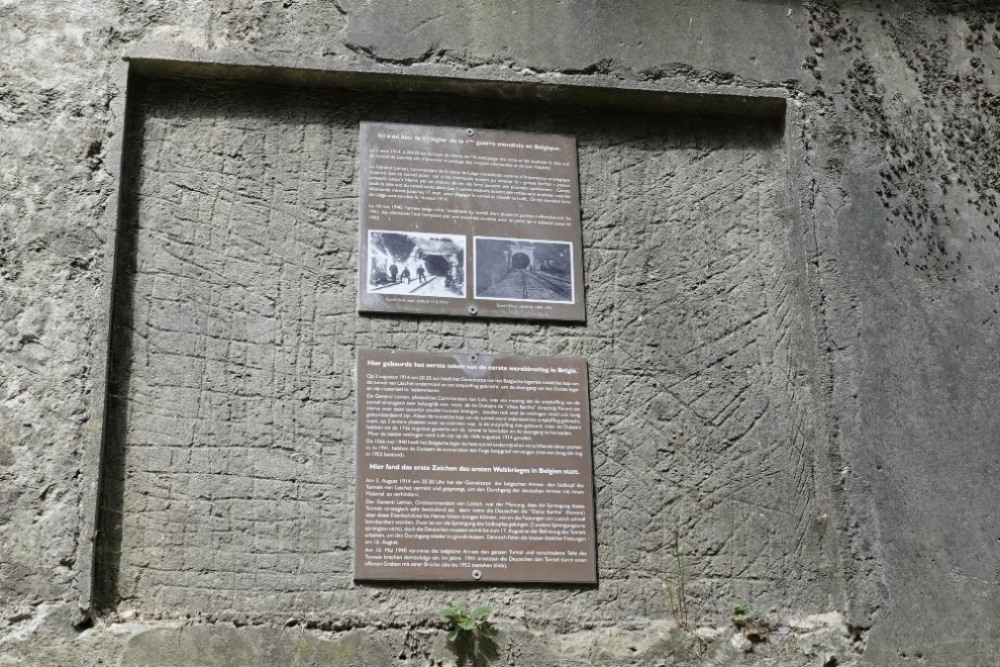 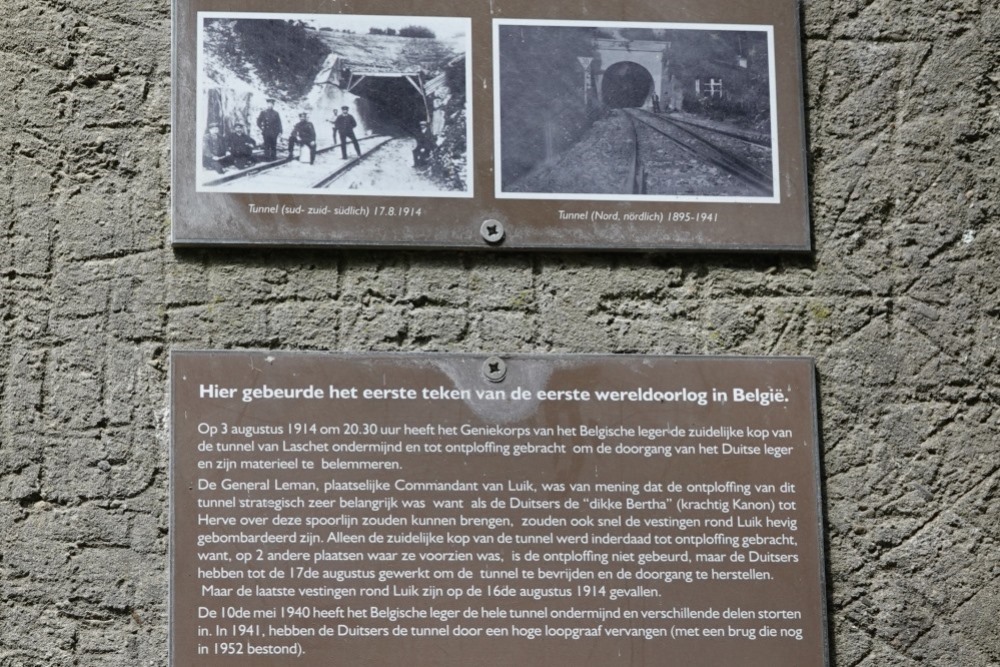 On 3 August 1914, the southern entrance to the Laschet Tunnel was detonated. This was done to prevent the Germans from bringing the "Dicke Bertha" gun as far as Liège. It took until 17 August before the tunnel was cleared again by the Germans.

On 10 May 1940, the Belgian Army almost completely collapsed the tunnel. In 1941 the Germans cleared the tunnel and replaced it with a trench..

The railway has now been replaced by a bicycle path.