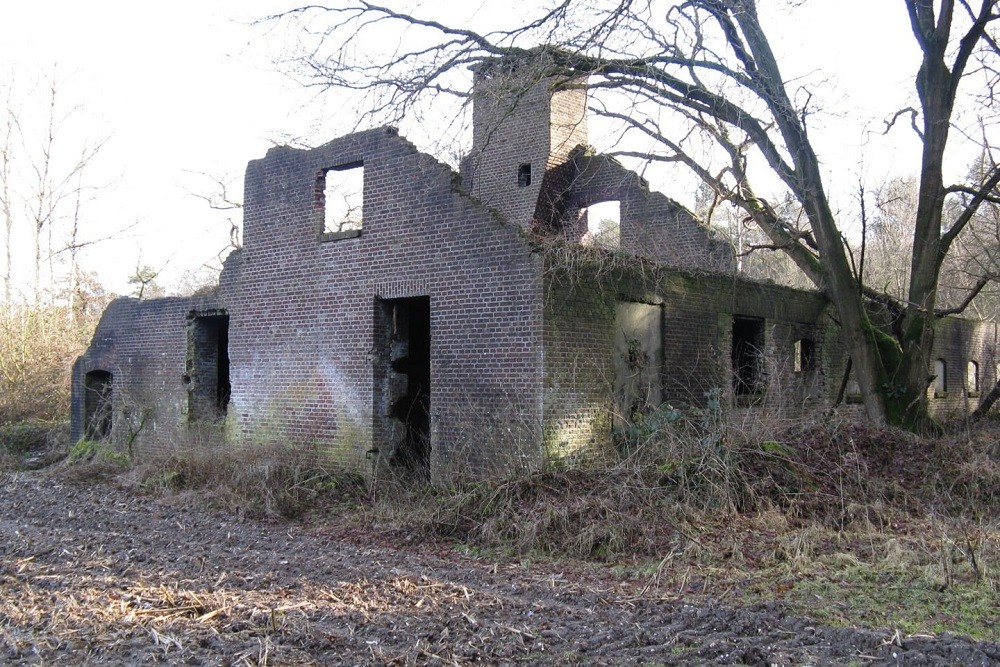 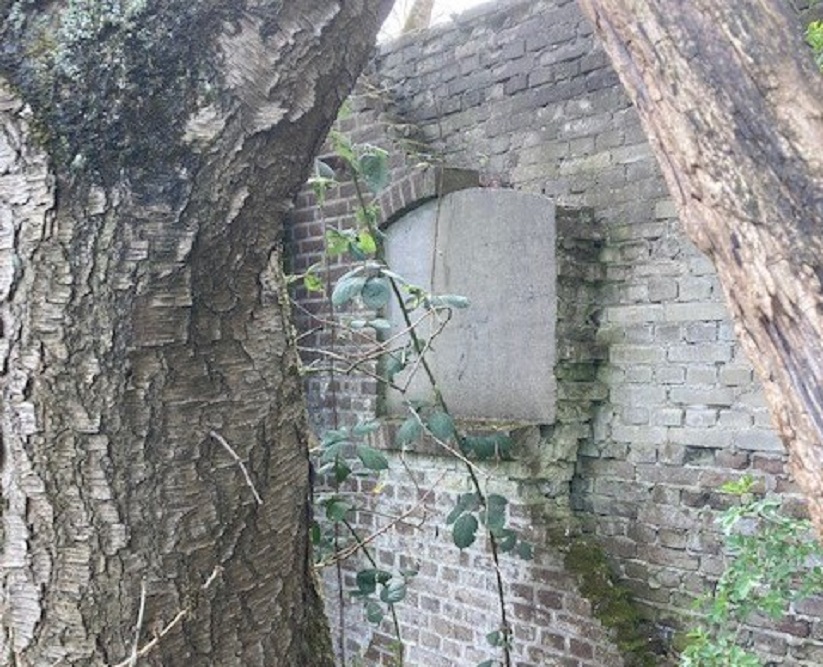 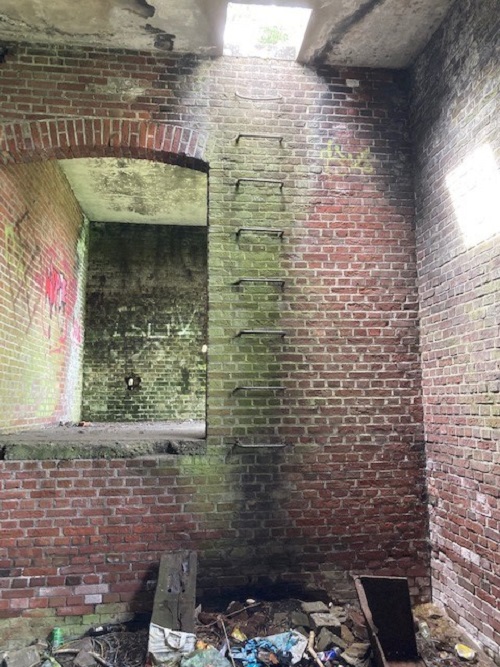 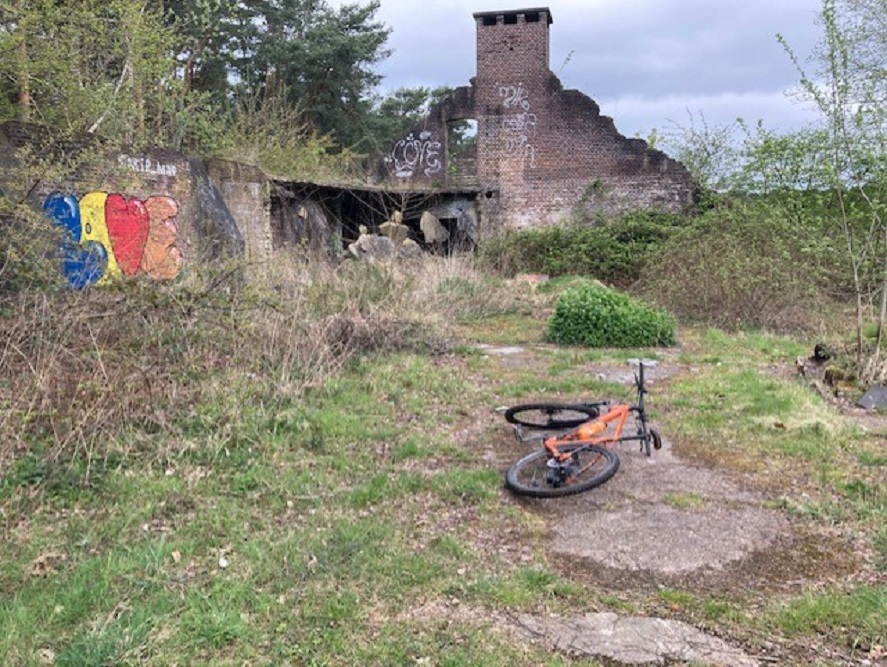 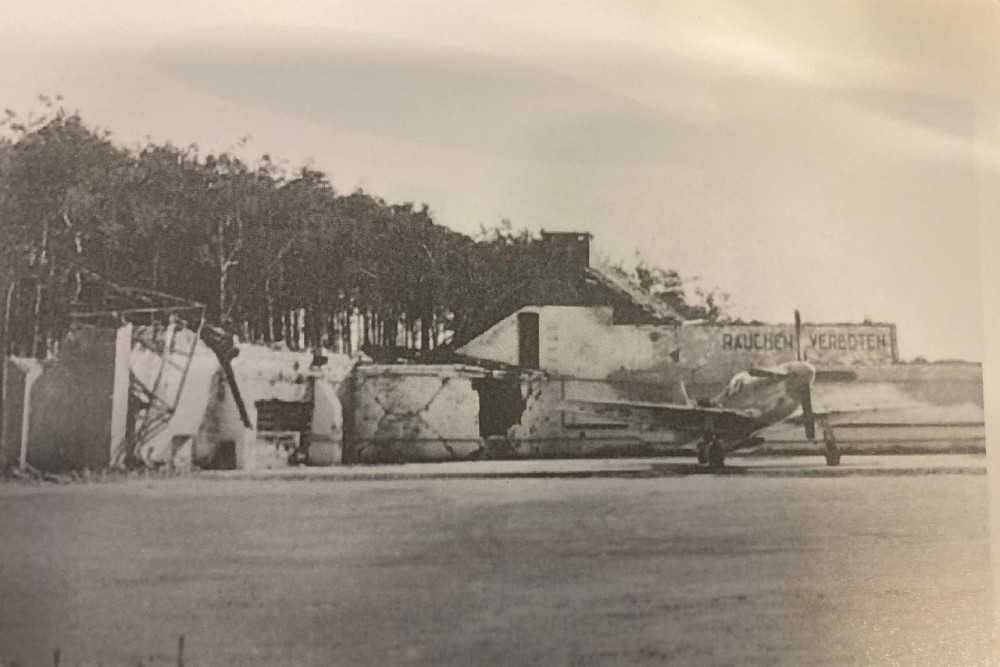 A hangar disguised or camouflaged as a farm. These types of hangars were mainly located on the outer edge of the airfield. The purpose of this kind of construction was to give the impression that it was a normal farm, also from the ground.

So was this farm hangar so exceptional in its kind? No definitely not. There were several hangars of this kind spread over the Nord and Südlager. There is also an identical hangar at the southernmost edge of the Südlager (Heerstraße 58, 41334 Nettetal, Germany). Today most people still think it is a farm ruin. A farm with a large attached stable. In reality it was a heated hangar. A hangar that the books say was a 'Wartungshalle' (maintenance hall) for the Me-163. After the liberation, this hall was still used by the Americans as a 'storage' for P-51 F6 Mustang photo reconnaissance aircraft.

In the outer walls of the hall itself there were bricked-up windows on which a window actually used to be painted. Unfortunately, this camouflage measure is hardly visible today. The hall itself was about 30 meters wide and 20 meters deep. Big enough for a medium sized plane (the Bf-110 would fit just fine here).