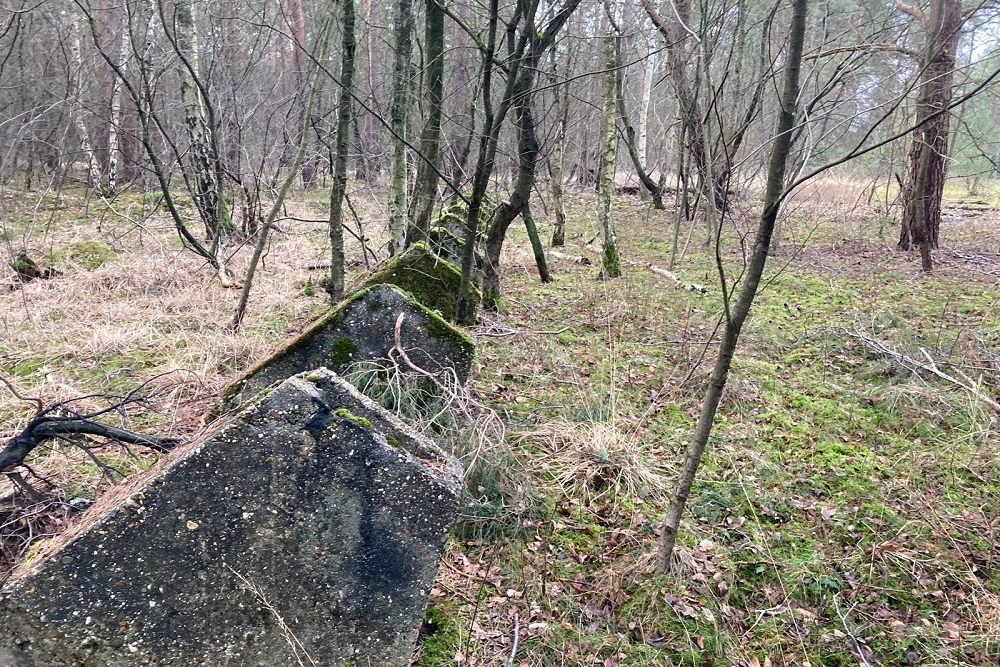 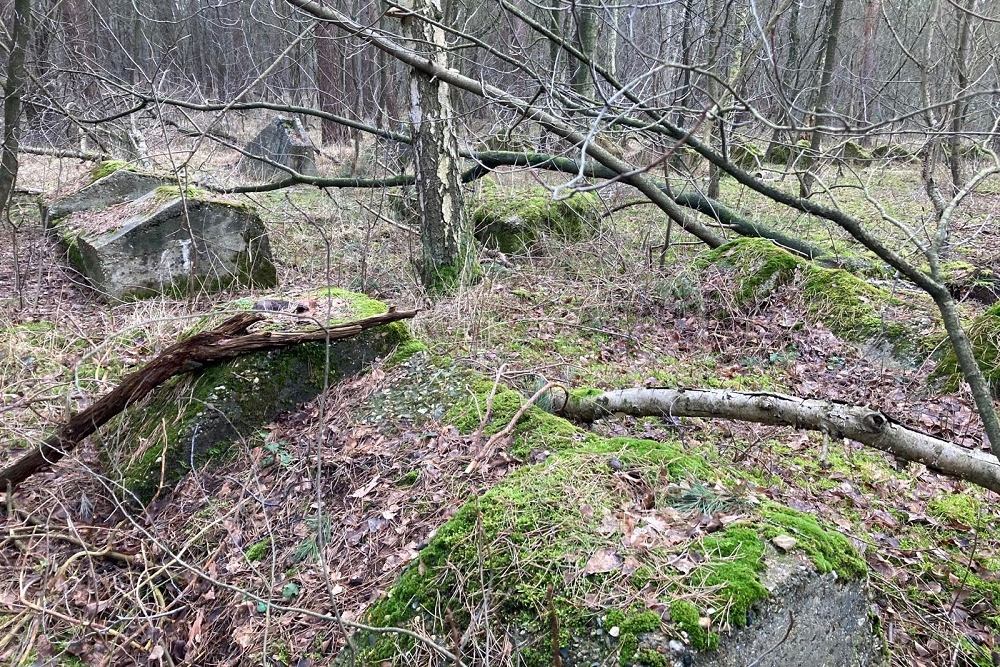 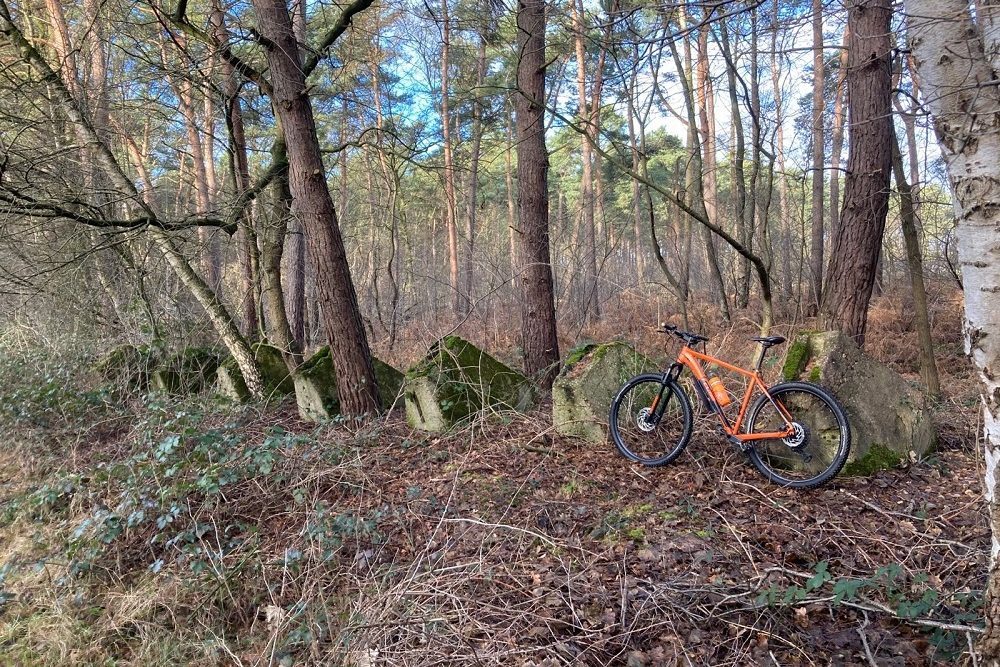 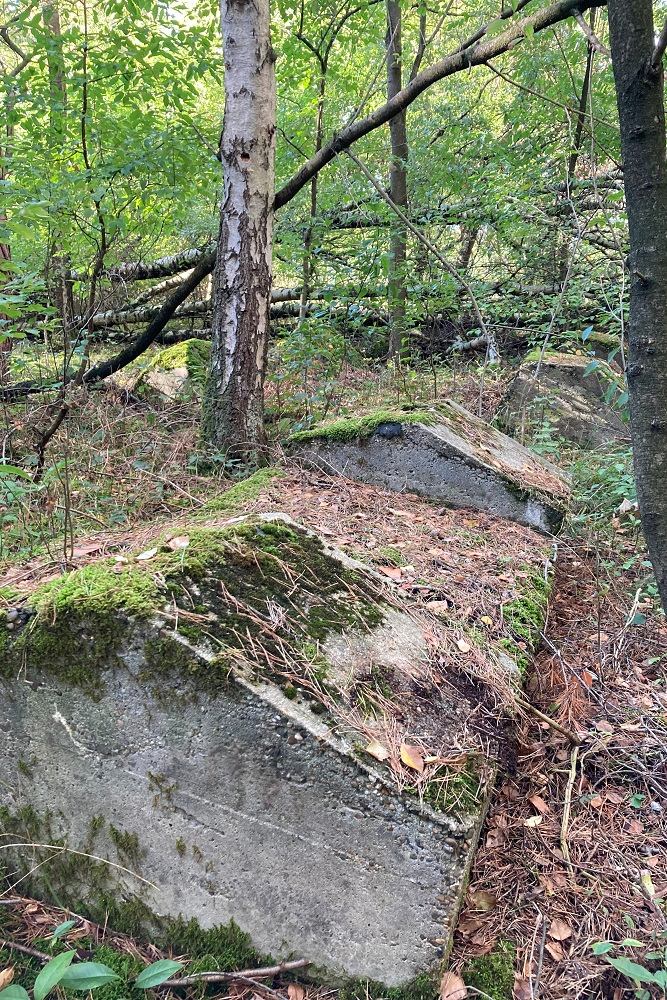 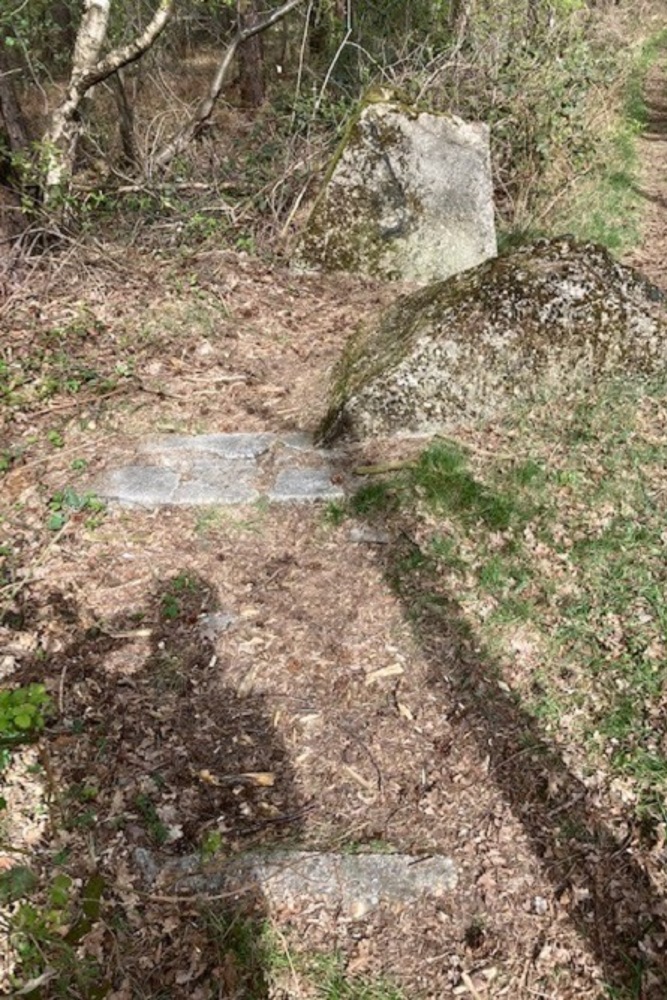 Fliegerhorst Venlo housed four different types of arched hangars, which were subdivided into two different sizes. The biggest difference between the three types was in the foundation and roof construction. The fourth type was a T-shaped arch hangar.

The bow hangars on the Nordlager II were built differently from the variants that we find on the Südlager. At this part of the airfield we distinguish three types of arched hangar. Aerial photos show that a total of 24 units of this type were built at Nordlager II. Today, remnants of 17 pieces can still be found.

What makes this hangar special is that part of it is located on public land and the other part on a former Bundeswehr depot.
This hangar type is characterized by 13 striking support blocks for the roof construction on the left and right side. These still protrude from the ground like a kind of pyramid-shaped teeth. A clearly different basic construction than at the Südlager.
The wooden or steel roof trusses were attached to these blocks by means of steel brackets.

The back of this round-arch hangar was also closed. This is evident from the double row of support blocks for the back wall construction. These blocks look a bit like large molars still sticking out of the ground. The rear series of these blocks served as a foundation for the stability beams that were located at the rear. During construction, the Germans chose not to let the concrete floor on the left and right side extend to the foundation blocks. This because of the empty space that was created by the sloping round roof was of no use for this.
There were sliding doors at the front, as evidenced by the foundations for the guide rails.
So this hangar was not 'rolled through' either.